Trezeguet scores in friendly against Leicester ahead of Premier League return 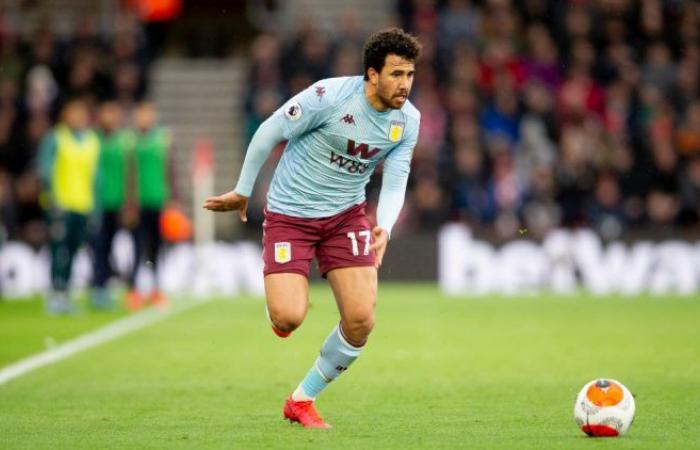 Aston Villa winger Mahmoud Hassan Trezeguet has hit the net for his side in their friendly match against Leicester City as both teams prepare to resume action in the English Premier League next week.

The Premier League has been on hold since March due to the coronavirus outbreak, a lot of concerns were raised on whether it will be be postponed temporarily or totally suspended.

It was announced by the Premier League that the league will be resumed on June 17.

Aston Villa have had a disappointing season before suspension as they sit second to last on the league table, despite having produced some convincing performances.

As an attempt to get players back into form, the Villans faced the Foxes on Wednesday at King Power Stadium after their friendly against West Bromwich on Saturday.

Trezeguet was well present during the game with a goal scored after a nicely conducted play between Villa players concluded by the 24-year-old’s winger finish into the back of the net. The game ended in a 3-0 in the favour of Aston Villa.

The Lions welcome Sheffield United to Villa Park next Wednesday upon the return of the Premier League.

These were the details of the news Trezeguet scores in friendly against Leicester ahead of Premier League return for this day. We hope that we have succeeded by giving you the full details and information. To follow all our news, you can subscribe to the alerts system or to one of our different systems to provide you with all that is new.