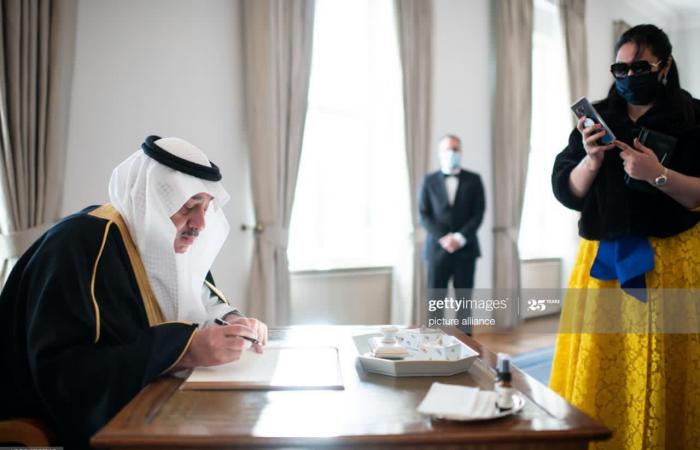 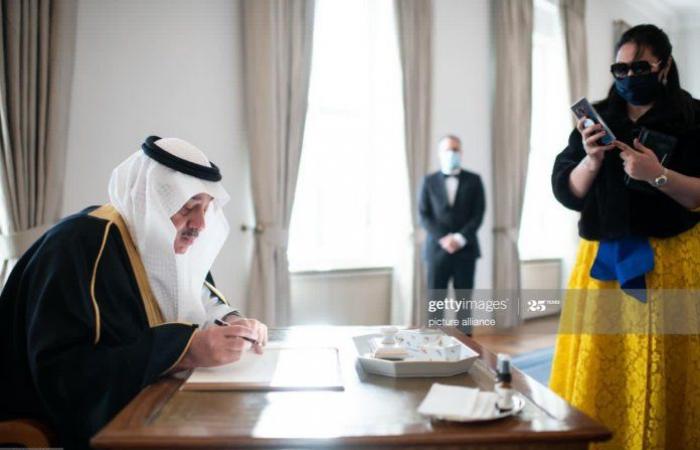 Hornet – wife of the new Saudi ambassador to Germany, “Essam bin Ibrahim Beit al-Mal”. It sparked a wave of ridicule and controversy on social networking sites. And that is after her strange behavior and strangest appearance with her husband while handing over his credentials in Germany.
Where the wife of the Saudi ambassador raised widespread controversy against the background of her appearance and her documentation of the moments of her husband’s handing over of his credentials to the German President, “Frank-Walter Steinmeier”, through the application of “Snapchat”.
Social media pioneers interacted with the image of the ambassador’s wife documenting the snapshots of “Snap”, and criticized the way she acted. Activists also mocked the ambassador’s wife wearing sunglasses, even though she was in a closed place and on an official occasion.
While others indicated that the Saudi ambassador’s wife appeared without a burqa, cloak or veil, in contravention of the traditions of the country that her husband represents, and asked why Saudi authorities For those who appear the same in many regions of the Kingdom, as long as the ambassadors’ wives are permitted.
Several days ago, Issam bin Ibrahim Bayt Al-Mal presented his credentials as Saudi ambassador to German President Frank-Walter Steinmeier.

The journalist Yasser Abu Halala commented on the matter and said, as the hornet stung what he read:Empowering women by releasing #Login_Hathloul And not with this idiot! The new Saudi ambassador to Germany will present his credentials to the president, and his wife’s answer is filming snapshots. ”

These were the details of the news Watch the wife of the new Saudi ambassador in Germany arouse... for this day. We hope that we have succeeded by giving you the full details and information. To follow all our news, you can subscribe to the alerts system or to one of our different systems to provide you with all that is new.