Bandar bin Sultan … the new awareness of the old issue... 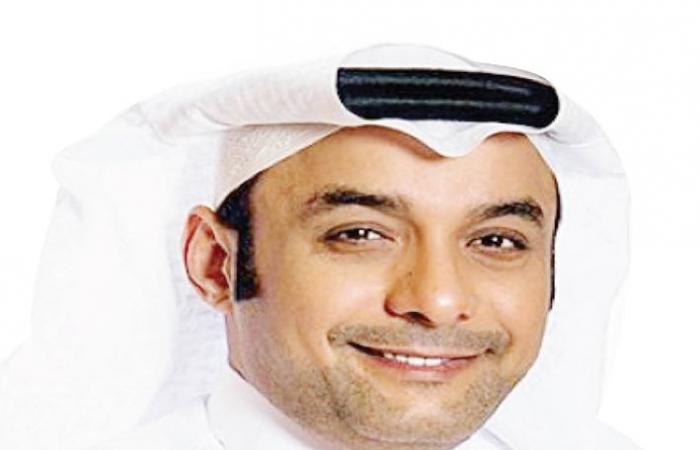 Prince Bandar bin Sultan represents one of the most prominent diplomatic figures in the world in terms of experience and depth, in terms of challenges and political confrontations, and the international and regional files he faced during his qualitative career. The most important aspect of Prince Bandar bin Sultan’s experience is that it has been a true reflection of Saudi political realism, which has represented the consistent political approach since the establishment of the state.The Kingdom has over the past decades and through its realistic political approach to be the driving party towards a just and comprehensive solution to the Palestinian issue, and for that the Kingdom has fought many political confrontations with many world powers, and as long as the Palestinian issue is the first issue for Saudi leaders in various forums, platforms and summits. International and Prince Bandar bin Sultan represented the most prominent player in this in his capacity as ambassador to the Kingdom in the largest and most powerful country in the world, the United States of America, which at the same time is a close ally of both the Kingdom and Israel as well, as long as the Kingdom invests that relationship to the maximum extent possible in order to find a solution to the Palestinian issue In order to alleviate the suffering of the Palestinian people. All of this was taking place in parallel with an unending economic and humanitarian support line, since only the year 2000 AD and until today, what the Kingdom has provided to Palestine has exceeded the $ 6 billion in relief, development and humanitarian aid.

At the same time, the Palestinian issue also remained the file that was subjected to the largest trade and extortion process in history from the various political forces in the region searching for a law for their existence and through the forces with expansionist ideological projects and through political Islam parties and groups, yet all of those traffickers in the case from Tehran to Ankara To Doha, Damascus and the southern suburbs of Lebanon, all of them would not have been able to do so had it not been for the presence of a Palestinian political class that made the issue of its merchandise that is not running out and a source of livelihood that should not be closed.

All those decades that the case has gone through represent a central and important space from the memory and experience of Prince Bandar bin Sultan, who is well aware of where the major nodes lie in the case and how it is the issue whose losses accumulate over the years without breakthrough and how trade in it has created a corrupt class of Palestinian politicians with all their orientations. And that those in the organization or the presidency do not say harmful to the cause than those in Hamas.

The three parts that Al Arabiya broadcast came at a very pivotal timing, as it is the first time that the Palestinian issue and the issue of the relationship with Israel witnessed new movements and from new players who broke the ring of old fears and faded slogans and established relations with Israel and opened new horizons for peace in the region, and this is represented in the agreement. The brave historical conclusion that the United Arab Emirates and Bahrain followed with Israel. All of this is accompanied by a real desire on the part of the American administration to make a real transformation in the most complex and longest issue in the world.

The Palestinian leaderships were confused by these new and qualitative steps, as well as regimes such as the Iranian, Turkish and Qatari regimes, groups and parties such as the Iranian Hezbollah in Lebanon and the Muslim Brotherhood. They were confused because there is a danger threatening the source, which continued to supply them with political and financial oxygen, and the attitudes towards the kingdom were attacked and outrageous and behind it stood those forces that were about to lose and which would soon become a secondary player in the case.

Prince Bandar bin Sultan’s dialogue is documentation, events, and a realistic disclosure of where the real crisis lies in the Palestinian issue. This dialogue must be heard by the various generations in the Arab region and most of us Saudis love to hear it.

It is the dialogue that reveals how loyal and honest we have been with the issue, but in all realism. It did not happen that the Kingdom benefited politically from all its positions in support of Palestine, but on the contrary, Prince Bandar bin Sultan mentioned part of the political confrontations that the Kingdom waged with many powers . The whole world did not know an issue of this length except for the Palestinian cause, whose politicians sold the cause, the people, and rights at the expense of interests, slogans, and mercenaries.

The forces of moderation in the region will continue to support peace steps and strive to find a new and influential move towards a solution to the Palestinian issue, which will exacerbate the losses of extremism and mercenary forces in the region. From the top.

It is a fair case and its lawyers are failing to evade its solution, as Prince Bandar bin Sultan said.

These were the details of the news Bandar bin Sultan … the new awareness of the old issue... for this day. We hope that we have succeeded by giving you the full details and information. To follow all our news, you can subscribe to the alerts system or to one of our different systems to provide you with all that is new.