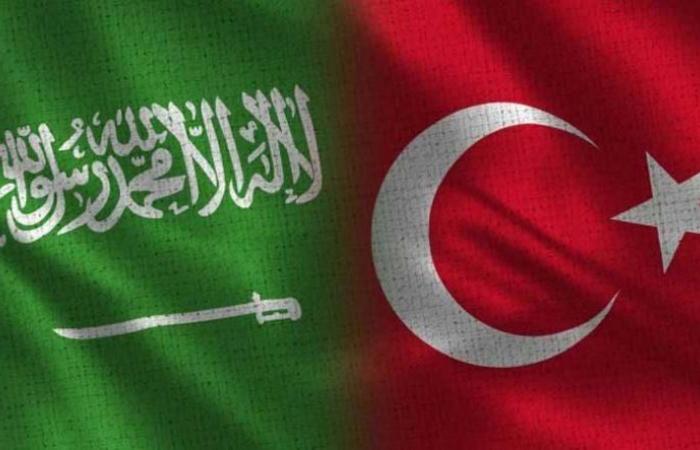 “The Financial Times” newspaper said that a Saudi ban on Turkish products has hit international brands, in the first sign of the Turkish-Saudi war.

In a report, in which the newspaper’s correspondents in Ankara, London and Dubai participated, in which it was stated that Saudi Arabia has banned all goods produced in Turkey, according to an employee of the “Mango” clothing group, in an email to the Turkish suppliers, which the newspaper reviewed.

The Spanish company, which is one of the European and American fashion companies that owns manufacturing facilities in Turkey, said that it is looking for alternatives to slow customs in dealing with products of Turkish origin in Saudi Arabia. “All the owners of retail stores that are produced in Turkey and exported to the Gulf state have been affected,” said Mustafa Galtib, head of the Istanbul Garment Exporters Association.

He added, “We are talking about international brands that have stores in Saudi Arabia and produce in Turkey and sell their products there.”

Turkish exporters complained that their products suffered from a long delay at Saudi customs last month. Businessmen believe that the problems that Turkish goods face stem from the attempts of Saudi Arabia and the UAE to punish Ankara for what it sees as a role that affects the stability of the Arab world.

The newspaper believes that the trade dispute indicates a new escalation in the quarrel between regional rivals. “Anything made in Turkey or passed through is not permitted in Saudi Arabia,” said a person in the Gulf familiar with the matter. The Saudi government says that it has not placed any restrictions on Turkish goods, noting that trade between the two countries has not “witnessed a significant decline except for the impact caused by the repercussions of Covid-19.”

In a statement by the Government Communications Office, it was stated that the government is committed to free trade and international trade treaties. However, the head of the Riyadh Chamber of Commerce Ajlan Al-Ajlan this month called for a boycott of “everything Turkish” in response “to the continuous Turkish aggression towards our leadership, our country and our citizens.”

Relations between Turkey and Saudi Arabia and the UAE, which are the two largest economies in the Gulf, have become tense and fraught with problems as a result of Riyadh and Abu Dhabi accusing Ankara of interfering in Arab affairs and supporting Islamic groups. These competing countries support the opposing parties in the Libyan civil war, as Turkey provided military support to the Government of National Accord recognized by the United Nations. As for Saudi Arabia and the UAE, they support the rebel general, Khalifa Haftar, who controls eastern Libya.

Saudi Arabia used economic pressure against the government as a means of diplomatic pressure. In 2017, it led, with the UAE, a campaign of boycott and an air, land and sea blockade against its neighbor, Qatar. Turkey supported Qatar in the confrontation, as President Recep Tayyip Erdogan deployed additional forces to the Turkish military base in Qatar.

Relations became further strained after Saudi Arabia sent its agents to kill journalist Jamal Khashoggi at the Saudi consulate in Istanbul two years ago. Saudi officials were angered by Turkey’s attempt to politicize the journalist’s killing and undermine the status of Crown Prince Mohammed bin Salman, who is accused of involvement in the crime.

Eight major Turkish companies issued a statement on Saturday expressing their “dismay at the increasingly negative stance against our country and our companies,” and in the statement called for dialogue, warning of “harm to the economy and people of the two countries.”

Turkey is one of the leading clothing producers in Europe and the Middle East and in 2019 it exported ready-to-wear clothes worth $ 17.7 billion. Last year, Turkey had a trade surplus with Saudi Arabia, as it exported goods and services worth 3.2 billion dollars, even though the value of imports reached 1.9 billion dollars. Mango, which has 50 branches in Saudi Arabia, played down the importance of the ban, saying: “This is not a big problem for the brand because production is diversified and flexible. We are confident to continue trading under normal conditions in Saudi Arabia. ”

The Swedish company “H&M” said that it is “too early to comment on the restrictions it has received on trade and their impact on transactions.” Britain’s Marks & Spencer and Spain’s Inditex, which have stores in Saudi Arabia and produce some of its goods in Turkey, did not comment on the restrictions. Boohoo, a UK-based online company, is trying to find out if its products made in Turkey will be affected, a person familiar with the matter said.

The world’s largest shipping company wrote Marcy to its Turkish customers last month, warning them of problems at Saudi customs, and recommending that “necessary measures be taken to minimize damage.”

The tension affected air traffic, as Emirates Airlines and Turkish Airlines were forced to obtain approval from the authorities to open well-known routes to Dubai and Istanbul that were closed during the spread of the Corona virus.

And the two shipping authorities refused to resume full flights, according to a Western official. An Emirati official said: “This is an unofficial boycott,” adding that the Corona epidemic “gave cover” to this move. Neither Emirates Airlines nor Turkish Airlines has commented.

These were the details of the news Financial Times: An unofficial Saudi boycott of Turkish products and ready-to-wear... for this day. We hope that we have succeeded by giving you the full details and information. To follow all our news, you can subscribe to the alerts system or to one of our different systems to provide you with all that is new.