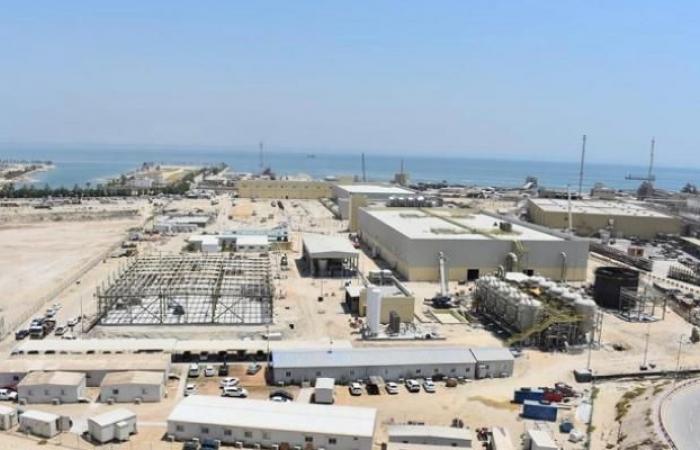 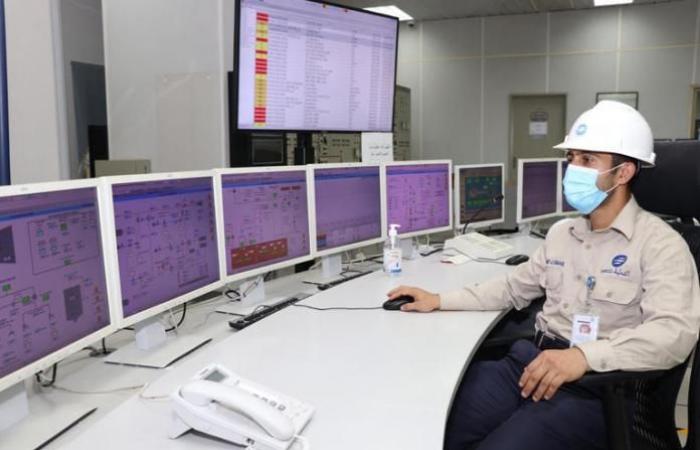 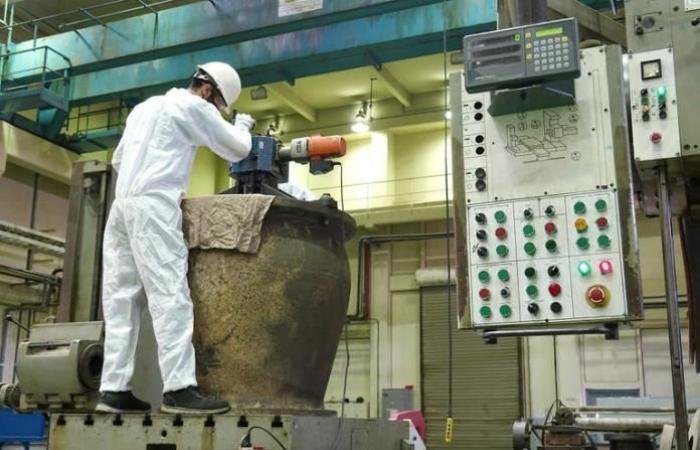 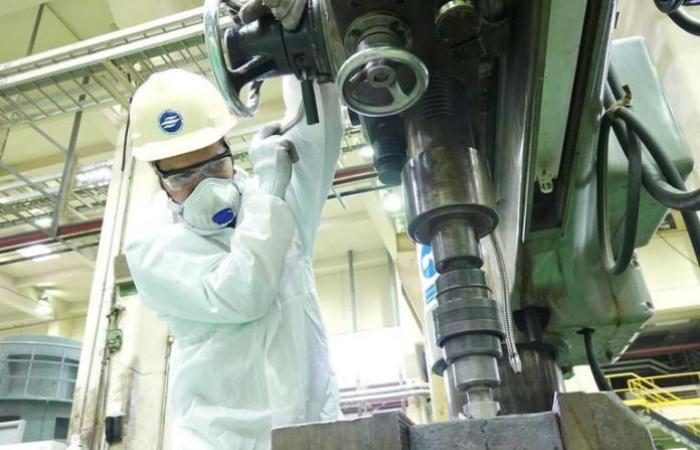 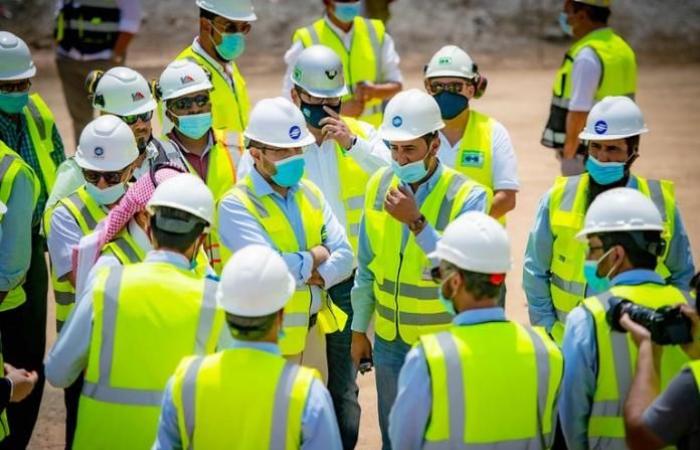 The Saline Water Desalination Corporation in Saudi Arabia has completed the construction and operation of 7 desalinated water production projects with a large development and economic dimension, despite the exceptional unfavorable conditions it faced due to the Corona pandemic and its influential repercussions.

During 7 months of continuous work, “desalination” succeeded in completing and operating these projects with a production and supply capacity of about 304 thousand and 350 cubic meters of desalinated water per day, in response to the growing demand, in order to ensure the continuation of the security of water supply in Saudi Arabia.

As part of the initiatives to construct small and medium-sized plants that consume less energy and are more reliable, “desalination” has been able to launch its production at the Shuqaiq Desalination Plant (Reverse Osmosis RO) with a production capacity of 42,500 cubic meters of desalinated water per day, and has achieved a record in electricity consumption of 3 kilowatt / meter. Cubic, which is an unprecedented number globally in similar stations. 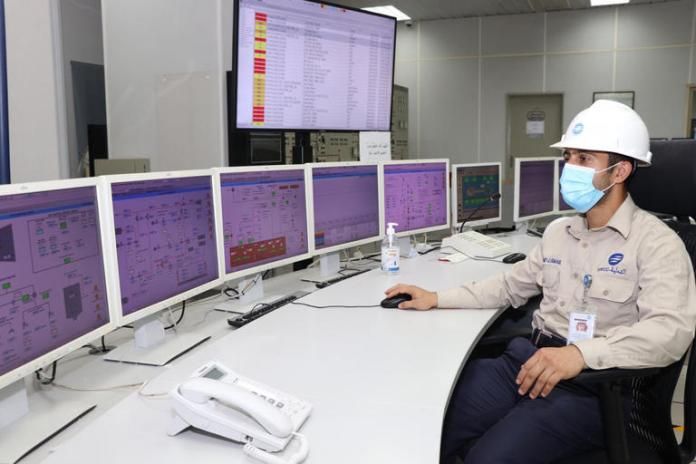 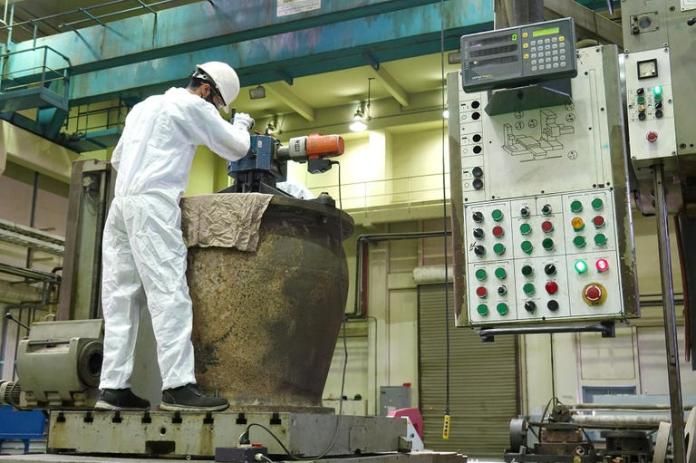 As a continuation of its mega and qualitative projects to deliver water to all regions of the Kingdom, “desalination” has launched a system for transporting water from the purification plants of Wadi Bish Dam to the main reservoirs in the Shuqaiq desalination plants with 250,000 cubic meters of desalinated water per day, and has also completed the first phase of the strategic storage in Taif, The second stage of storage is in Makkah Al-Mukarramah, by equipping 3 tanks for early operation with a total capacity of 510,000 cubic meters of desalinated water.

All these projects were accomplished with engineering and technical cadres and qualified national technical expertise from the employees of the Saline Water Conversion Corporation, who worked to complete all work, and to carry out the tasks of supervising the protocol and the complex technical procedure for operation, with full commitment to the precautionary measures and the application of the highest standards of security, health and safety during the implementation period . 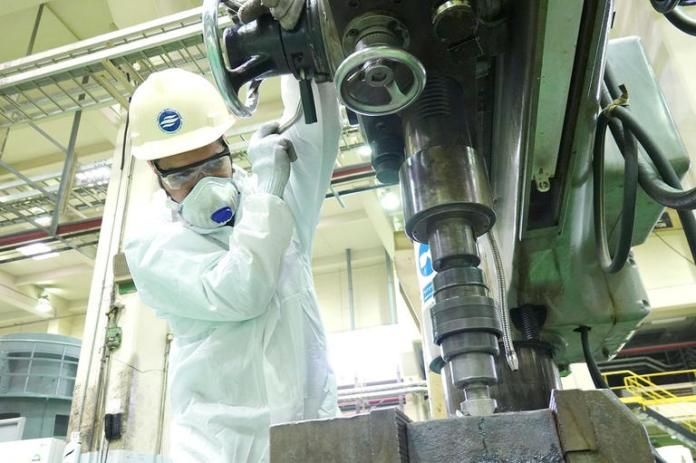 Moreover, the pace of the Foundation’s implementation of a number of its other projects – which are still under implementation – has not been affected by the repercussions of the pandemic, as it continues to move forward with its implementation of the highest standards and with high operating efficiency to complete them on the predetermined dates, or before the scheduled dates, as happened in the Arafat Water Transfer Project. Taif that was completed before the scheduled date. 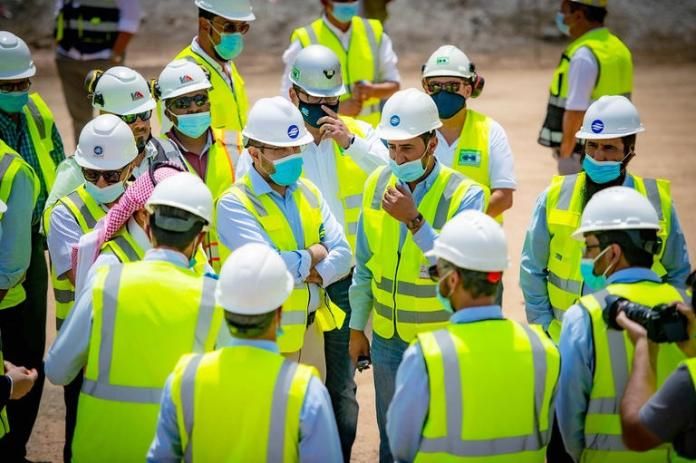 The corporation was also able to maximize the benefit from the expertise of its engineers, technical staff and its high capabilities, and it achieved a new record in energy efficiency of less than 3 kilowatt / m3 in the desalination plants of Al Shaqiq, Umluj, Duba and Farasan.

The Operation and Maintenance Department was able to meet the urgent challenges with innovative and efficient solutions, especially after a number of equipment broke down. Record fulfillment times in cost and time.

Tahlia continues to innovate solutions and develop technologies in a way that enhances operational efficiency and effectively doubles production capacity. It continues to work to achieve the state’s vision of enhancing financial sustainability and adopts an initiative that has been implemented with the support of the wise leadership that will achieve financial savings for the state’s budget estimated at 8.8 billion riyals annually through improvement. Efficient asset utilization and energy efficiency improvement for enterprise plants.

Al-Tahlia has made great progress in reducing the operational costs of its new plants by 50-55%. In its study and research designs, it aims to reduce energy consumption in RO technologies to less than 2.5 kilowatts, and to achieve an unprecedented number globally, with a total reduction of 30% of the energy consumed in Reverse osmosis units, as well as reducing the energy in the mobile stations that are designed and built by “Al-Tahlia”, to reach the initial target of energy by 2.75 kilowatts per cubic meter, and to the end of 2.67 kilowatts per cubic meter, to be a world record for mobile stations.

These achievements and projects implemented by the Public Desalination Corporation keep pace with the comprehensive development renaissance in the Kingdom, and reinforce its role as a leading industrial sector in its field worldwide, to achieve the goals of Saudi Vision 2030 and the aspirations of the wise leadership.

These were the details of the news Saudi Arabia Begins 7 Mega-projects for “Desalination” for this day. We hope that we have succeeded by giving you the full details and information. To follow all our news, you can subscribe to the alerts system or to one of our different systems to provide you with all that is new.