Saudi Arabia News Today … the shooting down of a terrorist... 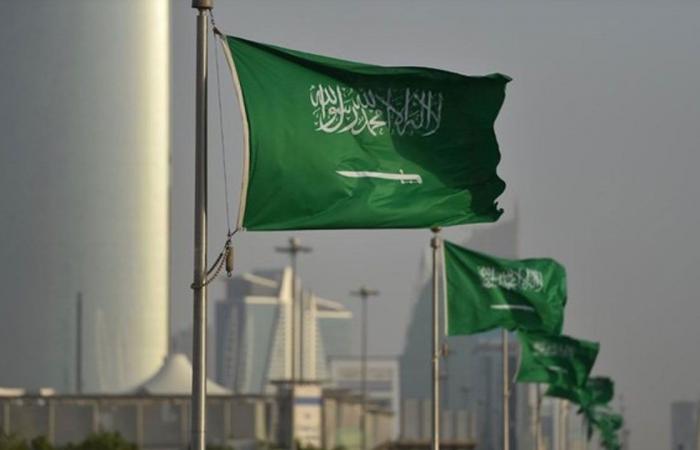 Monitors Urgent Newspaper The most important news of Saudi Arabia, today, Monday; Where the Riyadh police ousted a gang of 6 expatriates involved in collecting and transferring unknown funds totaling 120 million riyals suspected of being the product of money laundering, while the Presidency of State Security revealed that it had removed a terrorist cell that trained its members under the eyes of the Iranian Revolutionary Guard, and to the details:

The assistant media spokesperson for the Riyadh region police, Major Khaled Al-Kreidis, stated that the security follow-up to combat the crimes of collecting and transferring money illegally resulted in the ability of the competent authority in the district police to overthrow members of a gang organization consisting of 6 expatriates, “of Indian nationality, their ages are in the third and fourth decades », And arresting them for their involvement in collecting and transferring money of unknown origin suspected of being a product of money laundering outside the Kingdom through bank accounts of commercial entities and companies specialized in the field of contracting owned by citizens, in return for a specific commission, and their transfer of funds totaling 120 million riyals during the current calendar year has been proven.

In the video and pictures, State Security overthrows a terrorist cell, its members have been trained in the sites of the Iranian Revolutionary Guard

The official spokesperson of the Presidency of State Security stated that, as a result of the security follow-up of the activities of terrorist elements, the competent authorities in the Presidency were able, on 2/5/1442 AH, to overthrow a terrorist cell that received its members during the period between 2/9 to 3/20 of the year 1439 AH, inside the Revolutionary Guard sites in Iran, military and field training, including the methods and methods of making explosives, where security investigations led to the identification of these elements, and the identification of two sites for them that they had taken as a den to store quantities of weapons and explosives.

The interaction of the “Saudi Traffic”, with a video clip published by a tweet on the social networking site “Twitter”, showing a large truck crossing the sidewalk in the opposite direction on the Prince Muhammad bin Abdulaziz Bridge in Taif. That the driver of the vehicle was arrested and referred to the Traffic Authority to apply the penalties prescribed by the system.

Video .. 6 measures to protect your account on the “Madrasati” platform from financial fraud

The Media and Banking Awareness Committee in Saudi banks directed a set of advice and procedures to protect male and female students’ accounts on the Madrasati platform from financial fraud, and included the procedures and tips that must be followed to protect accounts on the distance education platform, dealing with the official educational platforms approved by the Ministry of Education in order to avoid fraud and be keen on Use a strong personal device password that is difficult for others to recognize, then store it in a safe place.

The Presidency of the Two Holy Mosques Affairs revealed the most important precautionary measures taken in the Grand Mosque, for the safety of pilgrims, after the decision to return them again, in light of the spread of the new Corona virus, Covid-19.

Jeddah topped the list of Saudi cities in recovery cases, recording 161 cases recovered during the past 24 hours. This is out of 310,439 cases of recovery in the cities of the Kingdom since the beginning of the emerging Corona virus crisis and until now.

“Social Development”: the beneficiary of the guarantee owns real estate in 3 cases

Real estate, whether housing or residential land, provided that it is not prepared for trade.

A single residential land whose area does not exceed one thousand square meters.

Common real estate devolved into it by inheritance, provided that it is not intended for trade.

The director of the Public Taste Association, Badr Al-Zayani, revealed the most common 3 violations of public decency that were detected in the Kingdom, and said during a telephone interview on the Al-Akhbariya channel that the most common violations in the Kingdom are walking in pajamas and shorts and raising the volume of music in public places.

SAMA: More than 178,000 new housing financing for individuals as of last August, with a growth of 85%

The total number of new home financing contracts until August of this year 2020 exceeded all mortgage financing from all financiers from banks and finance companies during the whole of the past year 2019, and the number of new housing finance contracts increased during August 2020 to 22,121 contracts with a value exceeding 10.1 Billions of riyals, according to the monthly statistical bulletin of the Saudi Arabian Monetary Agency “SAMA”.

These were the details of the news Saudi Arabia News Today … the shooting down of a terrorist... for this day. We hope that we have succeeded by giving you the full details and information. To follow all our news, you can subscribe to the alerts system or to one of our different systems to provide you with all that is new.