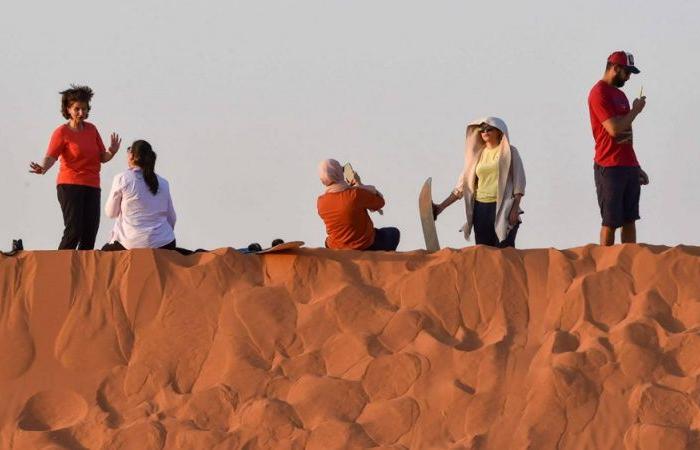 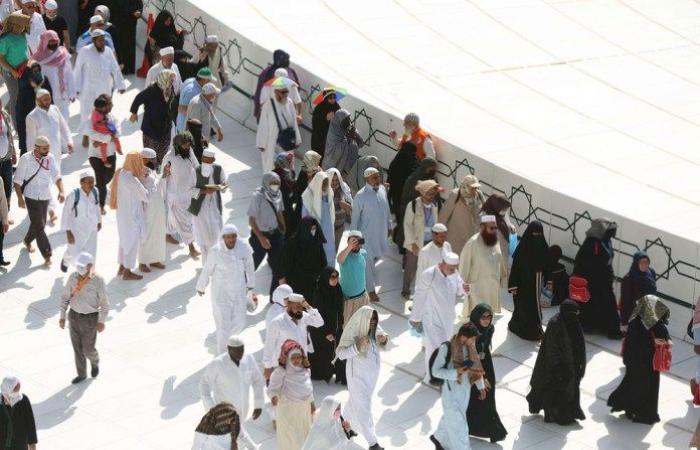 Saudi Arabia intends to resume issuing tourist visas to stimulate the economy and develop tourism revenues, which is one of the pillars of the reform plans led by Crown Prince Mohammed bin Salman as part of efforts to diversify sources of financing and reduce dependence on oil revenues.

RIYADH – Saudi Arabia is preparing to receive the delegations of tourists by the beginning of the new year in an attempt to bring in new revenues that mitigate the effects of the collapse of oil prices and implement structural reform plans to achieve sustainable resources.

Reuters quoted Saudi Tourism Minister Ahmed Al-Khatib as saying that “the Kingdom intends to resume issuing tourist visas by the beginning of the new year, after months of suspension amid tight government restrictions to combat the spread of the Corona virus.”

Since last year, the Kingdom of Saudi Arabia has started receiving the first requests of tourist groups to obtain an electronic visa to open outlets for foreign tourists, outside the framework of religious tourism.

Saudi Arabia, which opened its doors to foreign tourists in September 2019, aims to launch a new visa system for visitors from 49 countries, so the sector will contribute 10 percent to GDP by 2030.

“Regarding the tourist visa, so far, we are talking about early next year,” the minister said in a remote interview. “If things improve, or if there are positive developments regarding the presence of a vaccine, it is possible to accelerate and early the date.”

Saudi Arabia has closed its borders to pilgrims and foreign tourists from at least 25 countries. In March, it banned all travel to and from Saudi Arabia.

Al-Khatib said, “The tourism sector has been severely affected and is expected to witness a decline of between 35 percent and 45 percent by the end of the year.” But the focus on domestic tourism during the summer has mitigated the damage.

“This pandemic is a danger that afflicts everyone,” he added. But we witnessed a very strong summer after the lockdown period between January and May. ”

“We have seen a growth of about 30 percent on an annual basis in domestic tourism, which exceeded our expectations,” he added.

The Saudi Tourism Authority has previously announced the launch of the Saudi Summer Season “Breathe” since June 25, which will continue until September 30, 2020, for Saudis and residents to enjoy discovering the enchanting nature, climate diversity, historical depth and authentic Saudi culture for ten tourist destinations.

The campaign helped raise the average hotel occupancy rate to 80 percent. This campaign promoted ten tourist destinations, from beaches and forests to mountain peaks and historical areas, so that citizens and residents could visit instead of spending their vacation outside the country.

The season started this year in a distinctive and different way; As it has varied to suit all tastes and requirements and to suit different age groups.

Earlier, the Saudi Ministry of Tourism said that Saudi Arabia plans to launch a tourism development fund with an initial capital of $ 4 billion, as part of plans to diversify the economy in the face of the Corona pandemic and lower oil prices.

Saudi Arabia enjoys wonderful beaches, historical sites, theme parks and luxury hotels. It is a tourist destination that has not been discovered yet, given that tourism in it was limited to religious shrines.

Riyadh has intensified its moves to advance the tourism sector, as, last year, the General Authority for Tourism launched modern training programs in 14 cities to qualify new tour guides in accordance with the best international standards in the field of tourist guidance, targeting young men and women graduating from the disciplines of 11 foreign languages ​​accredited internationally.

The courses aim to qualify young male and female guides for the professional guidance market, in accordance with international standards, as they will have a demand and presence in the tourism labor market with an orientation towards interest in the Saudi tourism industry.

In many parts of the Kingdom, tourists can enjoy adventure in the mountains or relax in quiet countryside places or camping in the desert, as it is an attractive destination for tourists in all seasons.

For years, the Kingdom has worked to create a suitable environment for the tourism sector, by registering a number of archaeological sites on the UNESCO World Heritage List, and transforming parts of the Red Sea coast into an attractive area for tourists.

The Kingdom is building great hopes on tourism projects in several regions, such as Ad Diriyah, Qiddiya, Al-Ula and the Red Sea, to direct the spending of the family entertainment budget into the Kingdom and meet all the citizens’ needs instead of traveling abroad, and this trend is in line with the crisis imposed by the spread of Corona virus and the closure of borders.

In another context, Saudi Arabia intends to gradually resume Umrah activities in a move to move the wheels of the economy through the largest religious tourism to ease the losses of the collapse in oil prices.

Saudi Arabia announced that it would gradually allow the performance of Umrah starting from October 4 for citizens and residents inside the Kingdom, and a month later for pilgrims and visitors from outside it, after it suspended the performance of these rituals in March due to the outbreak of the new Corona virus.

The Saudi Ministry of Interior said in a statement reported by the official news agency “SPA” a week ago that permitting the Umrah and the visit will take place in four stages, the first of which begins on October 4, when citizens and residents of the Kingdom will be allowed to perform Umrah “and that is 30 percent (6 thousand pilgrims per day) Of the absorptive capacity that takes into account the health precautionary measures of the Grand Mosque.

These were the details of the news Saudi Arabia resumes issuing tourist visas to boost the economy | for this day. We hope that we have succeeded by giving you the full details and information. To follow all our news, you can subscribe to the alerts system or to one of our different systems to provide you with all that is new.