The September 21 Revolution … Yemen is outside the Saudi text 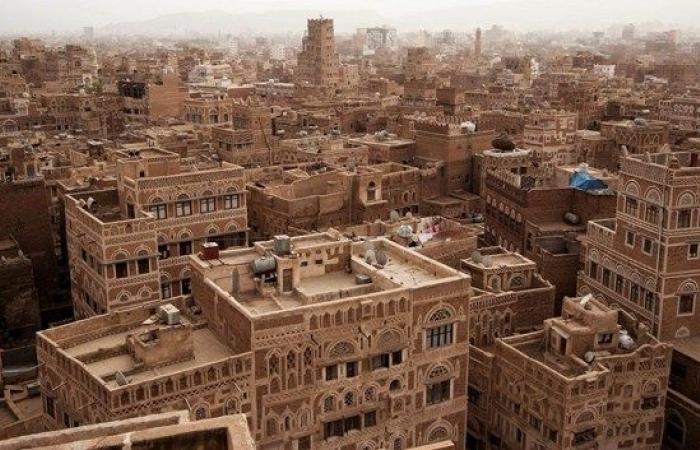 Saudi Arabia woke up to a new Yemen, different from the one in the seventies that I knew, and molded it to serve its strategic interests.

For more than half a century, Saudi Arabia has been the longest hand in Yemen, but this reality evaporated completely on the morning of September 21, 2014, when the popular revolution triumphed, and heralded a new political era based on ensuring the sovereignty, independence and dignity of Yemen’s citizens, and on international relations. Balanced by no acceptance of subordination to this or that state, but mutual legitimate interests on the basis of parity and reciprocity.

Saudi Arabia woke up to a new Yemen, different from the one in the seventies that I knew, and molded it in a way that serves its strategic interests, including ensuring the survival of a weak central government from which it cannot produce what could be considered a departure from the Saudi “house of obedience”. If something like this happened, the House of Saud could through Their proxies are among the traditional powers of influence, to intervene to change the government, topple its head, and to install a satisfactory alternative, but those who contemplate and delve into the reality of the Saudi domination of Yemen over the past decades, effortlessly notices that it included all aspects of life, and almost all groups of society, helped them in this The British-American protection of the Saudi throne, and the huge sums available to the kingdom thanks to the abundance of oil, in return for the deteriorating economic conditions in Yemen and the widening of poverty rates among Yemenis.

In 1990, Saudi Arabia lived the same obsession that dominated its rulers in 2014, as it feared that the government of Yemen would be stronger after the establishment of the Yemeni unity on May 22, and it exploited in an exaggerated way the official position of the Republic of Yemen against foreign military intervention following the Iraqi invasion To Kuwait, and quickly expelled hundreds of thousands of Yemeni workers in Saudi Arabia, which constituted a great economic burden on the unity state and its fledgling government, which cast a shadow over the lives of more than a million Yemeni families who were dependent for their daily livelihood on the remittances of expatriates working in the Kingdom.

If this is what Saudi Arabia did with Yemen and the Yemenis in the early 1990s, then it has moved to a greater and more dangerous phase of criminality and brutality, when it mobilized on March 26, 2015, a large international coalition to attack our country, in revenge for the popular revolution against Saudi-American hegemony.

This unprecedented direct military intervention in Arab-Arab relations is nothing but an extension of indirect aggression that the House of Saud pursued in their treatment and dealings with the Yemeni issue geopolitically, economically, culturally and socially, through multiple mechanisms of enticement and intimidation, including the “Special Committee” that played a major role in the recruitment of the political elite And tribalism, until Riyadh managed to extract the border agreement between the two countries in the year 2000, in the midst of Yemeni silence applied at the official and popular levels.

It was leaked to the media at the time that Riyadh distributed bribes to local Yemeni sheikhs and government officials, amounting to nearly $ 4 billion, but it collected many times these sums after the Saudi announcement of new oil and gas discoveries in disputed border areas with Yemen.

Outside the political and tribal elite, Saudi Arabia was also able to infiltrate the Yemeni mind, through the Wahhabi tide of extremist Salafi tendency, at the expense of the Zaidi and Shafi’i schools, which negatively affected the form and content of Yemenis’ faith identity, and the recruiting of thousands of young people to serve the Saudi agenda and implement its strategic policy In Yemen and the region, Saudi Arabia even followed the American plan in Yemen, and helped it through its local agents in the manufacture of terrorist organizations (Al Qaeda and ISIS), and to employ terrorists and religious extremists in the service of the Zionist-American project.

We knew that the Yemeni popular committees were able, a few weeks after the victory of the September 21 revolution, to reach the strongholds and dens of these groups and purify them, which made the major ISIS military intervention to save its younger sister.

On the economic front, Riyadh has consistently besieged Yemen and isolated it from its regional and international surroundings, and instead of directing part of its huge funds to invest in it, it preferred to pursue the method of grants and aid, so that Yemen, the government and the people, remains in the position of those who seek and seek the Saudis and the oil princes.

Moreover, it replaced these funds with more than them, when Yemen kept an open market for Saudi exports, including “mineral water”. The numbers revealed that Yemen imported this substance alone, and from Saudi Arabia specifically, with a value of 9 billion and 617 million riyals, during The year 2012!

It is regrettable to him that the mercenaries of old and new Yemen, modernists and traditionalists, have not learned from the lessons of the past, and they are still in bondage, betrayal, and labor, and in a disgusting manner, which tempted the Saud family and behind them the children of Zayed. The Riyadh agreement between the two parties to the conflict inside the mercenary square (the Southern Transitional and Hadi government) was engineered to be officially announced on November 5, 2019.

Observers understood that this timing, which could not be a coincidence, implies a Saudi message that its war on Yemen is only aimed at regaining its presence and dominance, as it did on November 5, 1967, when it supported the coup against President Sallal, and then managed to Containing the republican tide and confiscating the Yemeni decision, in which the Saudi ambassador became the first to have the say, just as Ambassador Al Jaber does today with the mercenary government.

Thus, past and present events indicated that Yemen could not be a “happy and Saudi” state at the same time, as one of them said, which means that the revolution in the face of the House of Saud and its aggression must remain continuous and based on awareness of the reality of their policies and ambitions in Yemen.

Whether this military aggression stops or continues by other insidious and indirect methods, the political and revolutionary leadership must continue to march in Yemen outside the Saudi text, while implementing countermeasures to curb the deep-seated Saudi influence in the structure of the state and society. Among these mechanisms that we propose and put in the hands of the decision maker:

Reviewing previous border agreements, and considering them null by virtue of the Saudi military aggression on Yemen.

Criminalizing Saudi political money, and warning individuals and organizations who deal with the Special Committee.

The popular boycott of Saudi goods, and striving to support national commodities and industries.

Absorbing Yemeni workers in major investment projects at home, so that this economic card does not remain a weapon in the hands of the Saudi enemy.

– Total rejection of any Saudi economic grants or humanitarian aid (this does not contradict the right of Yemen and the Yemenis to compensation and the reconstruction of what the aggression destroyed).

These were the details of the news The September 21 Revolution … Yemen is outside the Saudi text for this day. We hope that we have succeeded by giving you the full details and information. To follow all our news, you can subscribe to the alerts system or to one of our different systems to provide you with all that is new.