DAMMAM — The King Fahd Causeway Authority (KFCA) has started accepting e-cash for cars, trucks and motorcycles. Motorists from now on will be allowed entry into the causeaway without the need to pay in cash.

KFCA, the operator of the facility linking Saudi Arabia and Bahrain, said e-payment system has been enabled for all motorists crossing the causeway. “You no longer need an ATM prior to entering the causeway,” the KFCA said on its Twitter account.

Holders of membership cards can recharge them via the KFCA official website. The recently installed gates on the causeway also allow users to automatically conduct transit procedures without dealing with the staff.

The new gate project is expected to be completed by next March, allowing automatic weighing of cargo and opening gates, thus cutting the waiting times for vehicles. The 25km-long causeway was shut on March 7 as part of a string of measures to fight the spread of the coronavirus pandemic.

The facility was reopened in late July as the Gulf countries have eased virus-related measures to prop up the economy. During suspension of its operation, the causeway underwent a revamp including replacing the old gates on the Saudi side.

The bridge was inaugurated in 1986 and has since been vital for movement between Saudi Arabia and Bahrain, two members of the six-nation Gulf Cooperation Council.

These were the details of the news King Fahd Causeway starts accepting e-cash for this day. We hope that we have succeeded by giving you the full details and information. To follow all our news, you can subscribe to the alerts system or to one of our different systems to provide you with all that is new. 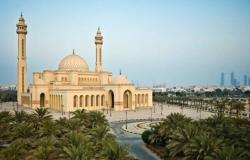 Mosques in Bahrain to re-open for Fajr, Dhuhr, Asr prayers from Thursday Severity of suffering in Yemen ‘impossible to overstate’ says Guterres