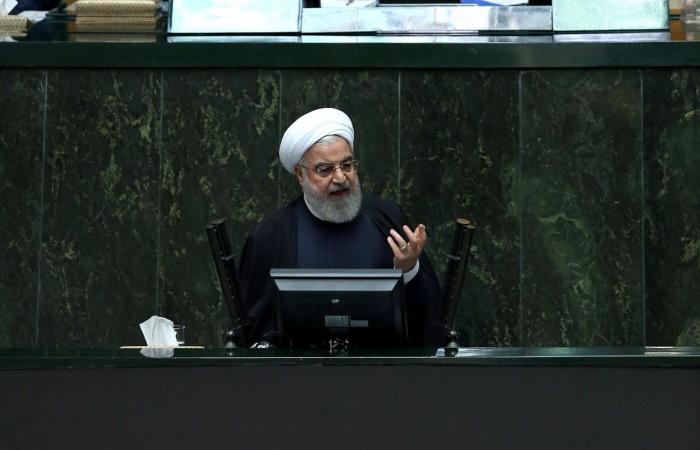 Jeddah - Yasmine El Tohamy - TOKYO: Japan is weighing inviting Iran’s President Hassan Rouhani for a state visit, Prime Minister Shinzo Abe said Monday, as local media reported the trip was likely to happen this month.
Japan has been trying to forge a possible mediator role as tensions rise between its ally Washington and Tehran.
Local media has reported in recent days that Rouhani is likely to visit Tokyo around December 20, with some reports saying Washington has green-lighted the trip.
“A visit by President Rouhani to Japan is now under consideration,” Abe said at a press conference marking the end of the year’s parliamentary session.
“Japan, which has an alliance with the US and at the same time has maintained favorable relations with Iran for a long time, must forge its own path,” he said.
“I want to make diplomatic efforts as much as possible to help ease tensions and stabilize the situation in the region by continuing dialogue patiently,” he added.
If the trip is confirmed, Rouhani would become the first Iranian president to visit Japan since 2000.
Japan and Iran have maintained a good relationship despite recent regional turmoil, with resource-poor Japan heavily reliant on imports of oil from the Middle East.
Abe traveled to Iran in June and met Supreme Leader Ayatollah Ali Khamenei as well as Rouhani. He met Rouhani again in New York during this year’s UN General Assembly.
The proposed visit comes as tensions remain high between Tehran and Washington, despite a prisoner swap last week.
On Sunday, Rouhani announced a “budget of resistance” against US sanctions targeting the country’s vital oil sector.
US President Donald Trump began imposing punitive measures in May 2018, after unilaterally withdrawing from an accord that gave Iran relief from sanctions in return for limits on its nuclear program.

These were the details of the news Japan weighing visit by Iran’s President Rouhani for this day. We hope that we have succeeded by giving you the full details and information. To follow all our news, you can subscribe to the alerts system or to one of our different systems to provide you with all that is new.