Turkey's Roma hit harder than most by coronavirus outbreak 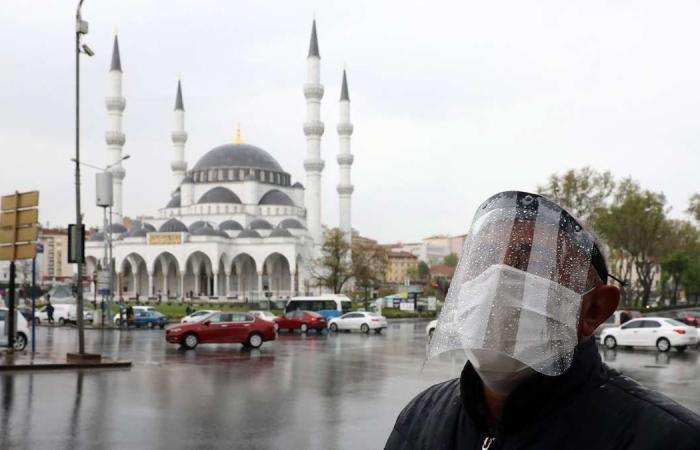 Hind Al Soulia - Riyadh - Measures to combat coronavirus that have left cities and towns deserted are having a disproportionate effect on the lives of Turkey’s vulnerable Roma community, according to activists and rights groups.

Europe’s largest Roma population lives in Turkey, where they typically scrape a living in the grey economy as waste paper collectors, street vendors and musicians.

Their perilous existence on the margins of society has been placed under greater pressure by a ban on most public activity to halt the spread of the virus.

“Unfortunately, coronavirus has probably affected the Roma community the most,” said Emin Karamese, a Roma from Izmir’s Karsiyaka neighbourhood in western Turkey.

“The main reason is we earn our living from unregistered, casual work in the streets. Roma who have lost their livelihoods are currently in a situation where they are unable to pay their rent, water and electricity bills and are now struggling with starvation.”

The exact number of Roma in Turkey, which does not record ethnicity in population statistics, is unknown but is estimated at 4 million.

Although spread across the country, they are particularly concentrated in Istanbul and eastern Thrace, where Europe’s earliest Roma communities were established in the 11th century. Their name indicates their long-standing association with Istanbul, known as “New Rome” under the Byzantines.

Roma communities across Europe have long faced discrimination and poverty. In Turkey, they tend to live in ghettoised neighbourhoods with poor access to basic services such as electricity and clean water.

As their source of income diminished during the outbreak, Roma have also faced a high risk of infection due to crowded living conditions while struggling to reach online health services due to low rates of literacy and internet access.

According to Ozcan Purcu, an opposition MP and Turkey’s only Roma parliamentarian, testing for coronavirus has been limited among the the community.

“In the crowded neighbourhoods where Roma citizens live, there is no data on the number of cases or even whether there have been cases or not,” he said.

Hacer Foggo, who established the Deep Poverty Network in Istanbul to support poor families during the pandemic, said Roma found it difficult to follow government guidelines on preventing coronavirus.

“Many Roma families don’t have a regular income to allow them to stay at home because they don't have social security,” she said. “So, when we were told to ‘stay at home’ during the pandemic, Roma families had difficulty getting food on a regular basis.

“Also, for families crowded into small one-bedroom homes, the call for social distancing is meaningless.”

When the government lifted a curfew for over-65s for four hours last weekend, most pensioners took the opportunity to stroll in the sunshine and meet up with friends. Many elderly Roma, however, went out to earn for their families, Ms Foggo added.

Roma students face added difficulties following distance schooling because many do not have computers or televisions at home, creating further marginalisation in a community where children often leave school before reaching their teens.

Although Roma in Turkey do not face the same level of prejudice and persecution as in countries such as Slovenia, Romania and Serbia, they remain poor and marginalised, according to Jonathan Lee from the European Roma Rights Centre in Brussels.

“They tend to be disproportionately affected [by coronavirus measures] compared to the non-Roma population but there isn’t the same level of persecution that we see in other parts of Europe,” he said.

However, some incidents during the outbreak have shown Turkish society’s mixed attitude towards Roma.

A government official in Istanbul was sacked last month after tweeting “Die” in response to a Roma woman’s description of searching through rubbish to feed her children. Meanwhile, footage of police impounding the vehicle of Roma scrap collectors, depriving them of their means of earning, was heavily criticised on social media.

While coronavirus aid programmes targeting the neediest have provided some relief for Turkey’s Roma, the pandemic has underlined existing issues that need to be addressed.

“Policies that are guaranteed to meet employment, education, health and housing problems are needed as soon as possible,” said Mr Purcu. “National policies aimed at better integrating Roma in society should be developed by addressing the differences between Roma's living conditions and those of society in general.”

These were the details of the news Turkey's Roma hit harder than most by coronavirus outbreak for this day. We hope that we have succeeded by giving you the full details and information. To follow all our news, you can subscribe to the alerts system or to one of our different systems to provide you with all that is new.