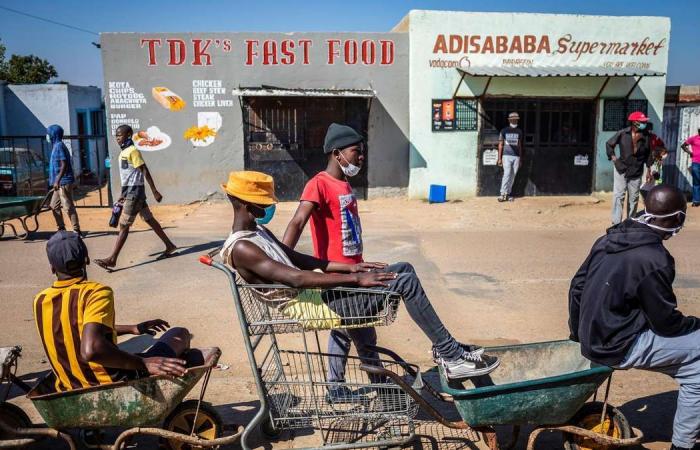 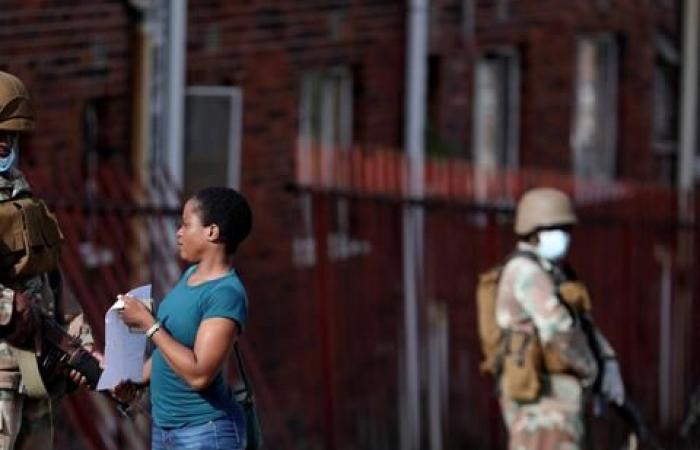 Thank you for your reading and interest in the news Coronavirus: half of Africans could run out of food and cash during lockdown restrictions, report finds and now with details

Hind Al Soulia - Riyadh - Africa’s response to the coronavirus crisis could be hindered as fear of hunger and financial hardship may drive people to break stay-at-home orders, a new report has found.

The Partnership for Evidence-Based Response to Covid-19 (PERC), a consortium of global public health organisations and private sector firms, found food and water would be a problem for 69 per cent of over 20,000 people surveyed if they were required to remain at home for 14 days.

The study, undertaken between March 29 and April 17 in 28 cities in 20 African Union member nations, also found over half of respondents (51 per cent) said they would run out of money under a two-week lockdown.

In Nigeria and Kenya, the report found social media users admitting to breaking stay-at-home orders in order to search for food.

Governments have a balancing act to undertake to ensure the safety of their populations but protect their economies.

South Africa's Director-General of the National Treasury, Dondo Mogajane, said the economy could contract by as much 12 per cent and unemployment balloon to more than third of the workforce due to the impact of the virus.

"We could even reach 40 per cent unemployment if things go the way they are. The manufacturing industry is impacted. Mining is impacted. The services sector is impacted. Look at tourism for instance, it's on its knees," Mr Mogajane told talk radio station 702.

Dr Tom Frieden, President and CEO of Resolve to Save Lives and former director of the US Centres for Disease Control and Prevention urged states to use the data and public opinion gathered in the report to determine their next moves.

“Shelter-in-place measures can prevent infection but may limit access to food and essential services,” he told a press briefing on the PERC report.

“By using data, governments can find the right balance and adapt lifesaving policies to the local context.”

On average, survey respondents estimated they would run out of money in 12 days and food in 10 days if unable to work during the crisis.

Cases of the virus reached the continent of Africa later than Europe or the Middle East and numbers remain lower than other areas - the current total stands at 47,131 cases with 1,845 deaths.

The report also praised Uganda, South Africa and Nigeria for taking early preventative actions such as implementing lockdowns, suspending public gatherings and screening air passengers, all before the first confirmed death from the virus in their countries.

But African nations cannot rest on their laurels, the report warned, saying lack of testing capacity and comparing the number of confirmed deaths to cases meant the true number of cases could be as high as 200,000.

PERC also expressed concern that heavy handed measures to prevent the spread of the virus, combined with a lack of information for the public, could lead to violence similar to during the Ebola outbreak in West Africa in 2014 and 2015.

The organisations behind the report, including Africa CDC, the WHO, Ipsos, Vital Strategies’ Resolve to Save Lives initiative, the UK Public Health Rapid Support Team, Novetta Mission Analytics and the World Economic Forum, gave three recommendations based on the data collected.

One third (32 per cent) of respondents said they do not have enough information about the coronavirus, including how it spreads and how to protect themselves

“What we’ve learnt from Ebola and other outbreaks is that countries need to decentralise the response to the community level and increase their capacity to identify and diagnose cases,” said Dr Matshidiso Moeti, WHO Regional Director for Africa.

These were the details of the news Coronavirus: half of Africans could run out of food and cash during lockdown restrictions, report finds for this day. We hope that we have succeeded by giving you the full details and information. To follow all our news, you can subscribe to the alerts system or to one of our different systems to provide you with all that is new.