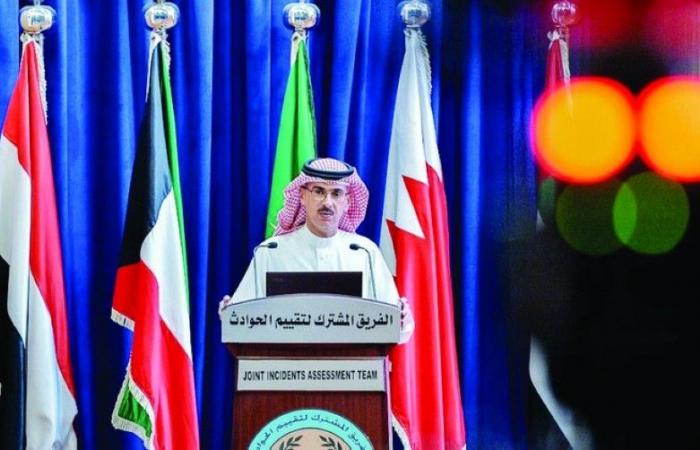 We show you our most important and recent visitors news details Arab Coalition did not commit rights violations in Yemen: Joint assessment team in the following article

RIYADH — The Arab Coalition to Restore Legitimacy in Yemen on Wednesday refuted a number of claims raised by global bodies, international organizations and media outlets on alleged errors committed by the forces during their military operations inside Yemen.

In a press conference held at the Armed Forces Officer's Club in Riyadh, the official spokesman of the Joint Incidents Assessment Team in Yemen, Mansour Al-Mansour, released the assessment reports of the investigations conducted into four specific incidents.

With regard to the claim that a military vehicle of Houthi armed militia was targeted in front of a restaurant in Zabid directorate of Hodeidah governorate on Jan. 3, 2018, killing eight civilians and wounding an equal number of them in an airstrike carried out by the coalition forces.

After reviewing all documents and assessing all evidence, the JIAT found that on the said date, the coalition forces did not carry out any aerial missions in Zabid directorate of Hodeidah governorate and that the nearest military target that was targeted by the coalition forces on the date of the claim is located in Al-Khokhah directorate of Hodeidah governorate, about 41 km away from the Zabid directorate.

In response to the claim of attack on Mothalath Ahim market in Hajjah Governorate on July 4, 2015 made by many, including the Human Rights Watch, which released a report in November 2015 that on the above-mentioned date, the coalition forces bombed the market, destroying at least 6 buildings, including a 4-story building, housing Sanaa restaurant, a store, a hotel, a water truck, and a car in front of the building. The airstrike on Mothalath Ahim was alleged to have killed 65 civilians and wounded 105 by the HRW.

The JIAT reviewed all documents, including procedures and rules of engagement, daily mission schedule, after mission report, video recordings of the mission, satellite images, interviewing and hearing the statements of those concerned and assessed evidence.

The JIAT found that the claimed site Mothalath Ahim was 16 km away from the international borders of Saudi Arabia, and at the time of the military operation was under the control of Houthi armed militia and the former president's forces, and it had become a center used by Houthi armed militia and the former president forces to reinforce their forces, in order to invade Saudi border areas. The Houthi militia had forced the civilians from the area to flee to other regions.

Based on intelligence reports, monitoring and reconnaissance, the attack targeted a storage facility for ballistic missiles in a semi-isolated location, gatherings of Houthi armed militia and the former president's forces and military vehicles are at the claimed site. The attack was considered to be a legitimate military target, based on the Geneva Conventions.

The coalition forces had taken all precautions by studying and defining the target's environment, use of a guided bomb to minimize collateral damage while achieving the desired military goal of the military operation, which was carried out in compliance with the customary international humanitarian law.

After studying the video recordings of the executed air missions, the satellite images, and the pictures published in the open-source, JIAT found the following:

1. Traces of the effects of air targeting on a storage facility for ballistic missiles.

2. The targeting of gatherings of Houthi armed militia, elements of the former president’s forces, and military vehicles in a specific location on the other side of the road across the building of the claim.

3. The vicinity of the military target (gathering of Houthi armed militia, elements of the former President's forces, and military vehicles) was free of civilian vehicles.

4. After the bomb was dropped on the military target, a water truck appeared, which was not present before and during the start of the targeting, then entered the vicinity of the military target after the launch of the bomb, which caused collateral damage to it.

5. No traces of air targeting effects on the buildings surrounding the bomb site, including the building that contains a restaurant.

6. Collateral damage to the building, located at the other side of the military target (gatherings belonging to the armed Houthi militia, elements of the former president's forces, and military vehicles) as a result of the air blast.

7. Invalidity of what a witness reported about witnessing three air strikes, as it was proven to JIAT through studying of all air operations carried out by the coalition forces on the date of the claim, that they carried out operations only on legitimate military targets, the first was a ballistic missile storage facility, and the second was on a gathering of the Houthi armed militia, elements of the former president's forces, and military vehicles.

8. JIAT did not notice the existence of a market by description and nature. Intelligence reports as well as some reports published confirmed that the area at that time was a stronghold by Houthi armed militia and there were no women or children among them.

With regard to what was stated in the statement of the United Nations Resident Coordinator and the Humanitarian Coordinator in Yemen on March 11, 2019 regarding attacks on homes in the Kushar directorate that allegedly killed 22 people, including 12 children and 10 women.

After reviewing all documents, including procedures and rules of engagement, daily mission schedule, after mission report, video recordings of the mission, video recording of the reconnaissance system, satellite images and assessment of evidence, the JIAT found that on March 9, 2019, Houthi armed militia stormed Jabal Tala in Kushar directorate, and deployed their fighters to control it, resulting in direct clashes with the tribes that are loyal to the legitimate government. The tribes were supported by the coalition forces directly by air support, one of the coalition forces units detected a vehicle carrying Houthi armed militia fighters through the reconnaissance system, that was also confirmed by the ground elements, where they got out of that vehicle and entered a building in Jabal Talan, which is considered to be a legitimate military target that the destruction of it would achieve a military advantage.

The availability of degrees of verification through the ground sources of the legitimate forces that the building houses elements of Houthi armed militia in Jabal Talan in Kushar directorate of Hajjah governorate, based on the rule no. 16 of the customary international humanitarian law.

By studying the post-targeting satellite imagery, JIAT found the following:

1. The military target (building) used by Houthi armed militia fighters in the claim is located on the top of Jabal Talan.

2. Traces of an aerial attack on the legitimate military target the building used by Houthi armed militia fighter of the claim.

By reviewing the video recording of the targeting, the JIAT found the following:

2. The bomb hit on the desired point of impact of the military target (building contains Houthi armed militia fighters).

The video recording of the reconnaissance system showed the following:

1. A group of (Houthi armed militia fighters) were observed moving toward the building until they enter inside it.

3. A post-targeting photography of the building, which showed no damage to the surrounding buildings.

In light of that, JIAT found that the procedures taken by Coalition Forces, in dealing with the legitimate military target (building contains Houthi armed militia fighters in Jabal Talan in Kosher directorate of Hajjah governorate, were correct and in accordance with the International Humanitarian Law and its customary rules.

In fourth case, it was claimed that a house was targeted in Midi directorate of (Hajjah) governorate on April 22, 2018.

The JIAT investigated the incident and found that the coalition forces observed gatherings of Houthi militias and a ballistic missile launcher in the area of operations concealed in an isolated area. The coalition forces, therefore, carried out an air mission against these two targets. The JIAT found that coalition forces had not targeted a civilian house in Midi directorate as alleged.

These were the details of the news Arab Coalition did not commit rights violations in Yemen: Joint assessment team for this day. We hope that we have succeeded by giving you the full details and information. To follow all our news, you can subscribe to the alerts system or to one of our different systems to provide you with all that is new. 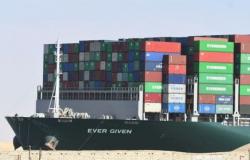 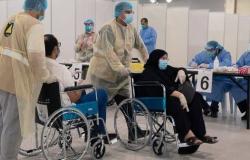 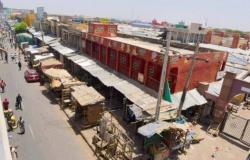 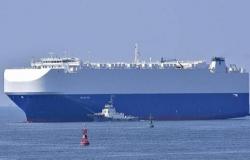