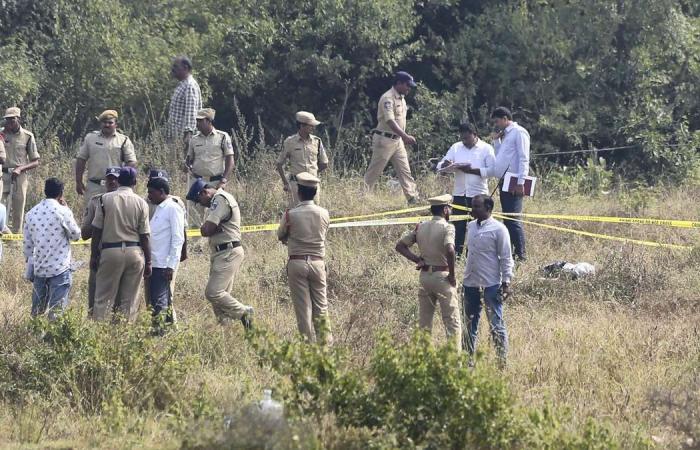 Hind Al Soulia - Riyadh - The police killing of four men accused of rape and murder on Friday has turned the spotlight once again on India’s infamous “police encounters”.

Police said the men were shot in self defence after snatching officers' weapons and attempting to escape, a version of events offered many times in the country's long history of extrajudicial killings by state forces.

Activists say the killings are carried out to either cover up flawed investigations, appease public anger or simply win awards or cash rewards.

Since the 1960s, thousands of suspects have been killed during insurgencies in Punjab, Kashmir and the North-east region while reportedly either resisting arrest or trying escape. India's economic capital of Mumbai became notorious for such deaths during a crackdown on crime in the 1990s.

The latest data by National Crime Records Bureau shows that 100 people died in police custody in 2017. Of these, 58 people were killed within a day of being arrested and before they could appear in court, including 16 in police encounters.

Four UN special rapporteurs on human rights and extrajudicial killings wrote to the Indian government last year to express concern over the spate of fatal shootings by police in the state of Uttar Pradesh, where the local government claimed to be wiping out crime.

“Lack of accountability emboldens people in power to take law in their hands,” said Mihir Desai of the People’s Union for Civil Liberties, which has filed a petition in the Supreme Court over at least 88 such killings in the state.

The Supreme Court has made investigation mandatory in such cases, but so far very few have resulted in legal action. Many of those involved have instead received promotions and been portrayed as heroes, including in Bollywood films.

After the Hyderabad shootings, Police Commissioner CV Sajjanar was hailed as a hero and a similar incident earlier in his career was brought to light. In 2008, he led the investigation into an acid attack on two women in the city of Warangal, about 100 kilometres north-east of Hyderabad. Amid a public outcry over the crime, three suspects were shot dead by police who said the men attacked them.

These were the details of the news Hyderabad shootings reawaken concerns over India's 'police encounters' for this day. We hope that we have succeeded by giving you the full details and information. To follow all our news, you can subscribe to the alerts system or to one of our different systems to provide you with all that is new.