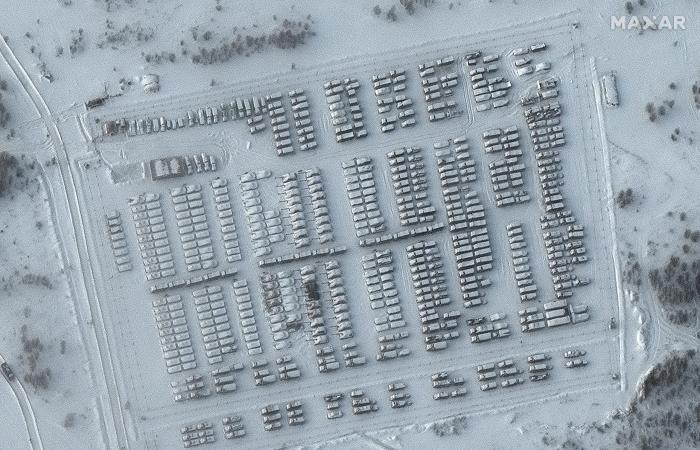 US Defense Secretary Lloyd Austin said Friday that the build-up of Russian forces along the Ukrainian border has reached the point where Russian President Vladimir Putin now has a full range of military options, including measures that do not amount to a large-scale invasion.

“While we don’t believe President Putin has made a final decision to use these forces against Ukraine, he clearly has that ability now,” Austin said at a Pentagon news conference.

He added that Putin could use any part of his force on Ukraine’s borders, estimated at 100,000 soldiers, to seize Ukrainian cities and “important regions” or to launch “coercive or provocative actions” such as recognizing the breakaway region inside Ukraine.

Austin spoke alongside General Mark Milley, the chairman of the Joint Chiefs of Staff, who said that Russian forces close to Ukraine include not only ground, sea and air forces, but also electronic warfare capabilities, as well as special operations forces. He urged Putin to choose the diplomatic path rather than armed conflict.

“If Russia chooses to invade Ukraine, the cost will not be free, in terms of losses and any other significant impacts,” Milley said.

Austin and Millie’s comments were their first widely public statements about Ukraine this year.

The press conference itself represents a slight shift in the administration’s approach to reporting on the Ukraine crisis, which has so far focused only on statements from the White House and Secretary of State Anthony Blinken.

Milley and Austin have consulted regularly in recent weeks with their counterparts in allied countries and in Ukraine, but they haven’t revealed much about the content of those communications or their views on the crisis, until this press conference.

Earlier on Friday, the Kremlin announced that Putin had told French President Emmanuel Macron that the West had neglected to consider Russia’s main demands to halt NATO’s expansion in Eastern Europe, halt the deployment of NATO weapons near Russia’s borders, and withdraw some of its forces from Eastern Europe.

These were the details of the news Lloyd Austin: Now Putin’s options are complete for this day. We hope that we have succeeded by giving you the full details and information. To follow all our news, you can subscribe to the alerts system or to one of our different systems to provide you with all that is new.