Dead and wounded in explosions in tanks and fire at Abu... 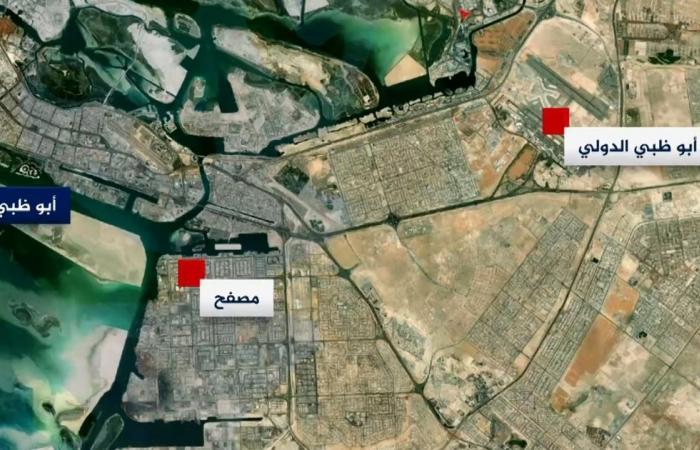 The UAE authorities announced today, Monday, that there was an explosion in oil tankers and a fire at Abu Dhabi Airport, and that the explosion resulted in the death of 3 people; Two Indians and a Pakistani, and 6 others were wounded, while the Houthis confirmed that they launched a military operation in the UAE.

The Emirates News Agency reported that an explosion occurred in 3 tankers transporting petroleum fuels in the Mussafah area of ​​Abu Dhabi, and indicated that preliminary investigations indicate the detection of small flying objects.

According to the agency, Abu Dhabi Police confirmed, “A fire broke out this morning, which led to an explosion in 3 petroleum tanks in the Musaffah Icad 3 area near ADNOC’s tanks. A minor fire also occurred in the new construction area at Abu Dhabi International Airport.”

She said – quoting the police – that preliminary investigations indicate the detection of small flying objects possibly belonging to unmanned aircraft (Drones) that occurred in the two areas, and may be the cause of the explosion and fire.

She confirmed that the competent authorities had opened an extensive investigation into the cause of the fire and the circumstances surrounding it.

Navigational data for the “Flight Radar” website showed a temporary disruption in the movement of aircraft arriving at Abu Dhabi Airport.

Houthi military spokesman Yahya Saree said that they will reveal within hours the details of a military operation in the UAE.

Commenting on the new developments, the Saudi-led coalition in Yemen said that it had monitored and followed a hostile escalation using drones by the Houthis, noting that a number of drones were launched from Sanaa International Airport.

The coalition confirmed the destruction of 3 drones that were launched towards the southern region of Saudi Arabia.

In response to the coalition statement, a member of the Houthi political bureau, Muhammad al-Bakhiti, said that he did not know where the drones were launched, but indicated that the statement that they were launched from Sanaa airport comes as an excuse to target the airport.

He added that the group’s military assured him that today’s strike that targeted Abu Dhabi was painful, and that it was only the beginning if the UAE did not stop its aggression, he said.

He warned the UAE that the military operation is still ongoing, and that it is in its infancy, stressing that his group deals with great patience with the UAE, he said.

It is noteworthy that in 2019, the Houthis broadcast a video clip that they said was related to their targeting of facilities at Abu Dhabi International Airport in 2018, with a drone. However, the UAE denied that the airport had been attacked, and said that the accident at the airport was caused by a supply vehicle.

Mussafah is the main industrial area in the Emirate of Abu Dhabi, and has developed greatly during recent decades, and is close to Abu Dhabi International Airport.

Mussafah was established as an industrial city in the seventies, and a Musaffah bridge was built linking it to the island of Abu Dhabi.

It includes many industrial companies, and its importance increased after the development of Musaffah Port, which helped to highlight it as a distinguished economic region. It is a magnet for traders and investors, and is the most in-demand for renting apartments in Abu Dhabi, according to a report issued in 2020.

It has a population of about 151,000 people of different nationalities, and it includes many areas, namely: Mussafah Industrial Area, North Beach, Workers Accommodation Area, and Old Khalifa Sha’beya.

These were the details of the news Dead and wounded in explosions in tanks and fire at Abu... for this day. We hope that we have succeeded by giving you the full details and information. To follow all our news, you can subscribe to the alerts system or to one of our different systems to provide you with all that is new.