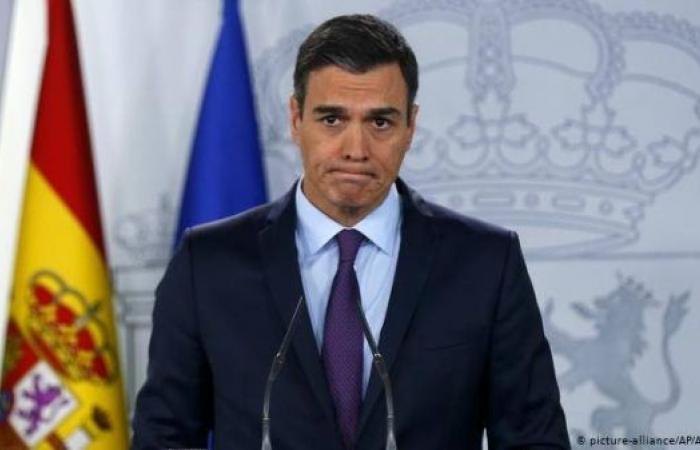 Pere Aragonès said the step "helps create credibility toward the right path. A path of negotiation and agreement towards solving the conflict."

Earlier in the day, Spain's government approved the pardons for the politicians and activists imprisoned for their roles in the 2017 independence move despite strong opposition.

Oriol Junqueras, a former Catalan vice president who in 2019 got the heaviest sentence of 13 years in prison for sedition and misuse of public funds, will go free along with his associates after spending three-and-a-half years behind bars.

The pardons do not cover former Catalonia president Carles Puigdemont and the other high-profile separatists who fled Spain following the unsuccessful breakaway attempt.

Prime Minister Pedro Sánchez first announced the government's intention to pardon the nine jailed separatists on Monday while outlining the roadmap for the future of the northeastern region before a few hundred civil society representatives.

Twelve separatist leaders were convicted for sedition and other crimes and nine of them were handed lengthy prison terms after they pushed ahead with a banned secession referendum and declared independence a few days later based on its results. Most unionists boycotted the vote, which took place amid police violence to stop it.

No prominent pro-independence supporters attended Sánchez's speech at the Catalan regional capital's opera house. Outside the venue, an anti-establishment party and the main pro-independence civil society group held a protest.

"With this action, we materially get nine people out of prison, but we symbolically add millions and millions of people to coexistence," Sánchez said in his speech from Barcelona, titled "Reunion: a project for the future of all Spain."

The prime minister was interrupted by an activist who carried the unofficial pro-independence Catalan flag and shouted in favor of granting full amnesty to the separatists. While pardons are granted by the government as a way to spare punishment to those convicted, amnesty is seen as a recognition of no fault in the first place.

The pardons have become a deeply divisive and controversial topic in recent weeks, exacerbating the tensions of an already fraught political landscape.

The three main opposition parties (right-wing Partido Popular, far-right Vox and liberal Ciudadanos) have criticized Sánchez's government and are rallying their supporters against the measure.

The opposition accuses the prime minister of using the pardons as a means to secure the backing of the Catalan parties. Sánchez's socialists currently lead a minority government in coalition with the left-wing party Podemos and need smaller, regional groups to get its legislative program passed.

Thousands opposed to the move called for Sánchez's resignation earlier this month during a protest in Madrid, supported by the three Spanish opposition parties, from the political center to the far-right.

An Ipsos poll released last week found that 53 percent of Spaniards are against the pardons, 29 percent support them and 18 percent don't have an opinion on the matter. However, Catalan business leaders have come forward to back the proposal, saying it would foster social peace.

The controversy around the pardons coincides with the reopening of the Spanish economy, made possible thanks to a drop in COVID-19 cases and a marked acceleration in the vaccination campaign.

The country is getting ready to receive the first round of EU funds after the European Commission approved the country's recovery and resilience plan.

Over the next few years, Spain is set to take in 69.5 billion euros (nearly $83 billion) in grants from the EU's 750-billion euros recovery fund, known as Next Generation EU. Sánchez has described the recovery plan as the "most ambitious and transcendental of Spain's recent history".

Since the 2017 illegal referendum, the pro-independence movement has tried, with little success, to use Brussels as a stage to bring the conflict into the EU agenda. The institutions opted instead to keep their distance and treat the matter as a domestic issue for Spain to resolve on its own.

Earlier this year, Catalonia's former leader Carles Puigdemont, who lives in exile in Belgium, was stripped of his parliamentary immunity after a vote in the European Parliament.

The recently elected pro-independence leader of Catalonia Pere Aragonès said last week that he was willing to sit at the table with Spanish Prime Minister Pedro Sánchez to find a solution to the long-standing conflict in the northern region of Spain.

"Our proposal is clear: the exercise of the right to self-determination, a referendum on the independence of Catalonia, and an amnesty law to end the repression," he said.

For Aragonès, the pardons would be a welcome first step to build trust among both sides. However, he said more actions and concessions should follow.

"A pardon is a partial and incomplete solution. It's true that it represents a step forward that might enable the liberation of the political prisoners. We're not going to reject that," he said. — Euronews

These were the details of the news Catalonia's leader welcomes Spanish govt pardons for 9 jailed separatists for this day. We hope that we have succeeded by giving you the full details and information. To follow all our news, you can subscribe to the alerts system or to one of our different systems to provide you with all that is new.