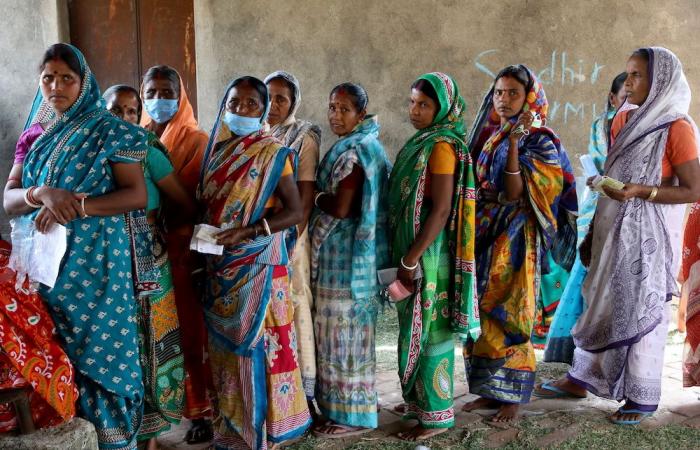 KOLKATA, India, March 27 — Voters in India’s Assam and West Bengal cast their ballots today in elections that will indicate how Indian Prime Minister Narendra Modi’s support is holding up after a year of the coronavirus pandemic and months of protests against his farm reforms.

India’s fourth most populous state, with 90 million people, was for decades a bastion of communism, and registered a voter turnout of nearly 80 per cent in today’s first phase of voting.

Politicians on the campaign trail often showed scant regard for social distancing, but as voters queued patiently at polling centres, security personnel and election workers handed out masks, hand sanitisers and gloves.

Modi was re-elected for a second five-year term in 2019, and his BJP is pushing to extend its influence beyond the 12 out of 28 states where it rules alone, and several others where it is part of a ruling alliance — not least because this would help it to control the upper house of the federal parliament.

It has never won power in West Bengal, and to do well in the state would send a formidable national signal.

"This election in Bengal is important because the BJP for the first time has emerged as a major contender," said Amal Mukhopadhyay, a former professor of political science at Kolkata’s Presidency College.

In neighbouring Assam, where a BJP-led alliance is seeking a second term, turnout was over 76 per cent after a day that had begun with voters queuing before the polls opened at 7 a.m.

Voting in West Bengal takes place in eight phases, ending on April 29, and the votes will be counted on May 2.

Assam’s third and final phase of voting is on April 6. — Reuters

These were the details of the news Two Indian states vote in test for Modi for this day. We hope that we have succeeded by giving you the full details and information. To follow all our news, you can subscribe to the alerts system or to one of our different systems to provide you with all that is new.