There is no great cheer 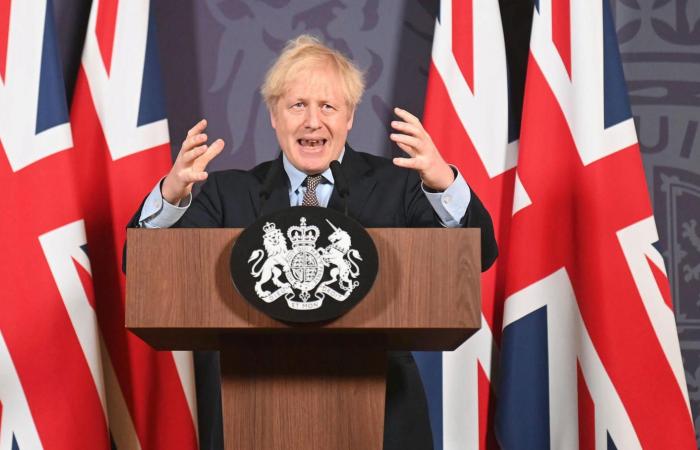 Business representatives had repeatedly warned that the Brexit negotiations would fail. Now there is relief over the agreement between the EU and Great Britain. But anything but cheering.

After the historic agreement on a Brexit trade pact, the analysis of the treaty is in full swing. The economy in particular will look very closely. Representatives from all sectors welcomed the agreement. The German-British Chamber of Commerce and Industry (AHK) in London spoke of a “sigh of relief”. But the very short time it takes to rummage through the thick document causes concern. Chancellor Angela Merkel had already recognized the agreement as historic.

The EU and Great Britain agreed on a trade pact on Thursday after months of struggle. On the EU side, however, the treaty can no longer be ratified in time, but only applied provisionally. In order to make the necessary preparations, the German Council Presidency therefore called a meeting of the EU ambassadors this Friday. On the British side, the government has announced that it will refer to Parliament on December 30th.

In an interview with Die Welt, the German MEP David McAllister was optimistic about the expected ratification of the deal in the EU Parliament. “We have a political responsibility to avoid an unregulated transition and to keep the negative consequences for citizens and companies as low as possible,” said the CDU politician, who is also the EU Parliament’s Brexit representative. According to him, the agreement can initially apply without the consent of Parliament. However, this should “not set a precedent for future trade agreements”.

AHK boss Ulrich Hoppe warned that the economy had to adjust to “profound changes” despite the deal. “From the first day after the Brexit transition phase, trading in goods and services will become more expensive and in some cases may even come to a standstill as a result,” said Hoppe. The general manager of the BDI industry association, Joachim Lang, emphasized: “The agreement is better than no agreement.” However, the pact still means additional bureaucracy and unnecessary border formalities for most companies.

“Many companies will violate regulations because they are not yet familiar with the new flood of rules,” said York-Alexander von Massenbach from the British Chamber of Commerce in Germany of the German Press Agency (dpa). “The deal comes very late for companies. Working through 2,000 pages of text in a few days and identifying the consequences is difficult,” he said.

“Basis for a new chapter”

The contract is intended to reorganize the relationship between the two sides from January 2021. The most important point is to avoid tariffs, allow unlimited trade in both directions and limit frictional losses as much as possible. Great Britain had already left the EU at the end of January, but is still a member of the EU internal market and the customs union during a Brexit transition phase until the end of the year. Without an agreement, customs duties and more complex controls would have been necessary. Business representatives on both sides had warned of disruptions and the loss of tens of thousands of jobs in this case.

EU Commission chief Ursula von der Leyen and British Prime Minister Boris Johnson were satisfied. “With the agreement we are creating the basis for a new chapter in our relations,” said Chancellor Merkel.

British associations were also relieved. “Bearing in mind that four-fifths of UK food imports come from the EU, today’s announcement will draw a collective sigh of relief from consumers across the UK,” said BRC chief executive Helen Dickinson. The Association of Food and Beverage Manufacturers FDF warned against cheering too quickly. “We’ll wait with the celebrations until we’ve checked the details,” said FDF chief Ian Wright. He criticized that the industry only had four working days to adjust to the new rules.

According to economists, the British economy in particular would have been hard hit by a so-called no-deal Brexit. But even with an agreement, some industries are threatened with a clear minus. “The Brexit deal can slow the crash, but after a brief recovery after Corona, England will have to reckon with a further gradual decline in its auto industry,” said auto expert Ferdinand Dudenhöffer.

The departure of Great Britain also has serious effects on other areas of life. From October 2021, EU citizens will need a passport to enter Great Britain. In addition, the government in London is withdrawing from the EU student exchange program Erasmus. However, there will be no additional roaming charges, as the German mobile communications provider announced on dpa request. “With us, Great Britain remains in the EU tariffs, just as Switzerland is already included,” said a spokesman for Deutsche Telekom.

EU Commission chief von der Leyen called the agreement fair and balanced. “And it was a matter of common sense for both sides,” added von der Leyen. The EU found itself in a very good negotiating position and fully safeguarded its interests. Now the community can finally leave Brexit behind.

Prime Minister Johnson made a similar statement in London. “I think this is a good deal for all of Europe,” he said. From his government’s point of view, the deal has achieved everything that the British public wanted with the 2016 Brexit referendum. “We have regained control of our money, our borders, our laws, our trade and our fishing grounds,” the government said. At the same time, the agreement grants freedom from customs duties and unlimited exports to the EU. Great Britain voted in June 2016 with a narrow majority to leave the European Union.

The worsening corona pandemic in Great Britain had recently built up further pressure. After a mutated variant of the coronavirus was discovered, France temporarily closed its borders to traffic from Great Britain. Therefore, thousands of trucks jammed on the British side – from the point of view of critics a foretaste of the situation in a no-deal Brexit.

These were the details of the news There is no great cheer for this day. We hope that we have succeeded by giving you the full details and information. To follow all our news, you can subscribe to the alerts system or to one of our different systems to provide you with all that is new.