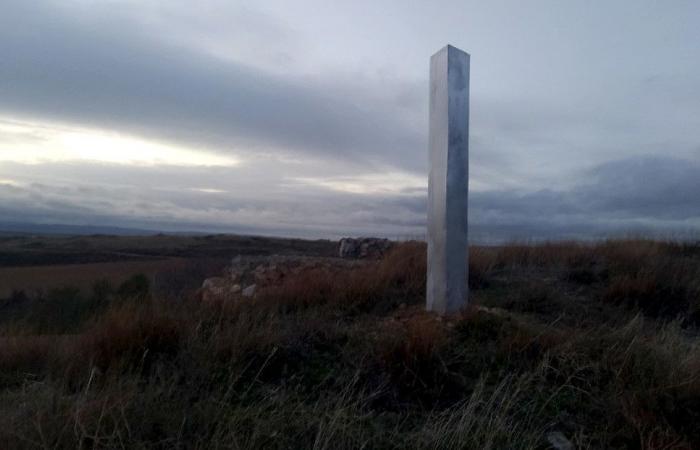 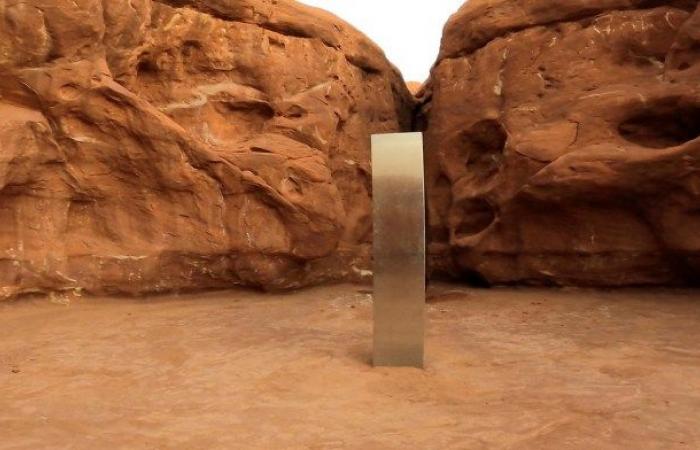 It could be part of the work of a collective of American artists calling themselves The Most Famous Artist.

The mystery of the metallic monoliths that have appeared in various parts of the world has now reached Spain. This weekend another of these works has been located in the municipality of Ayllón, in the province of Segovia, in the center of the country.

As confirmed by the town council itself, the monolith has been found in the ruins of the church of Santiago and, for the moment, it is unknown how it appeared there.

Since its appearance, hundreds of people have come to the place to photograph it. However, the City Council asks citizens to avoid going to visit it, since the area is not prepared and can “be harmful and dangerous”. “Nearby are slopes where a person could fall”, they have remarked. In addition, they appeal to “individual responsibility” in the context of the pandemic.

There are already five monoliths

To date, five other monoliths have appeared, scattered around the world. The first of them was sighted in the US state of Utah, which has already been removed by a group of environmental activists.

Later, another appeared at the end of November in northwestern Romania, also retired; a third was located just a week ago off the coast of California; while recently they have been found in the Netherlands and the United Kingdom.

Although there are still doubts about the origin of these structures, that even some hypotheses attributed to the ‘aliens’, It seems that those responsible are a group of American artists calling themselves The Most Famous Artist, who this Friday posted on social networks snapshots about the process of creation, transportation and price of these works.

“What better way to end this fucking year than to let the world briefly think that aliens had contacted us and then be disappointed that it was nothing more than a new action from The Most Famous Artist,” said the founder of the group, Matty Mo, to the Mashable portal.

These were the details of the news The mystery of the monoliths comes to Spain: they locate one in the ruins of a church and the authorities ask not to visit... for this day. We hope that we have succeeded by giving you the full details and information. To follow all our news, you can subscribe to the alerts system or to one of our different systems to provide you with all that is new.