“Do not falsify” a new blow to Trump in Pennsylvania –... 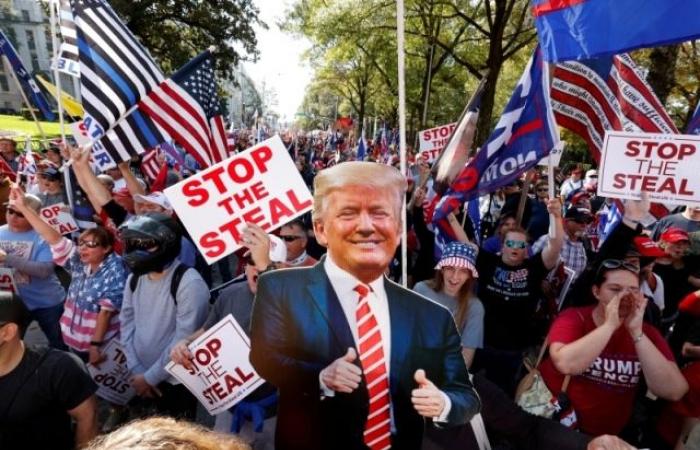 A Pennsylvania judge rejected US President Donald Trump’s complaints about widespread electoral fraud in this state, in a move that constitutes a new blow to the outgoing Republican president’s attempt to overturn the US presidential election result in his favor, paving the way for Pennsylvania’s endorsement of Democrat Joe Biden’s victory in the state. , Which is the announcement scheduled for today.

“We hope that the courts and / or legislative bodies … have the courage to do what needs to be done to preserve the integrity of our elections and the United States itself,” Trump wrote on Twitter after the Pennsylvania ruling.

With Biden’s inauguration as President of the United States on January 20, Trump’s team is focused on trying to block the ratification of the results of the presidential elections in states that have witnessed intense competition, in addition to the many legal measures that they have advanced and have failed so far.

Judge Matthew Bran wrote in his ruling that the Trump team had presented “tense legal arguments, without foundation and accusations based on speculation” in their complaints about ballot papers mailed to Pennsylvania. The right to vote if not all the voters of the sixth state in terms of population »in the country, stressing that« our people and our laws and our institutions require more ».

The ruling was passed in Pennsylvania hours after the Republicans also requested a delay in ratifying the results in Michigan, another battleground state, in a letter that repeated accusations of wrongdoing in the state in which Biden won by 155,000 votes.

They requested a delay of two weeks to allow a full review of results in Wayne, the state’s largest county, which includes the majority black city of Detroit, in which Biden won an overwhelming majority. The Michigan Audit Board of Experts, which includes two Democrats and two Republicans, is due to meet today to validate the results.

These were the details of the news “Do not falsify” a new blow to Trump in Pennsylvania –... for this day. We hope that we have succeeded by giving you the full details and information. To follow all our news, you can subscribe to the alerts system or to one of our different systems to provide you with all that is new.