US military deploys B-52 bombers to Middle East days after Trump... 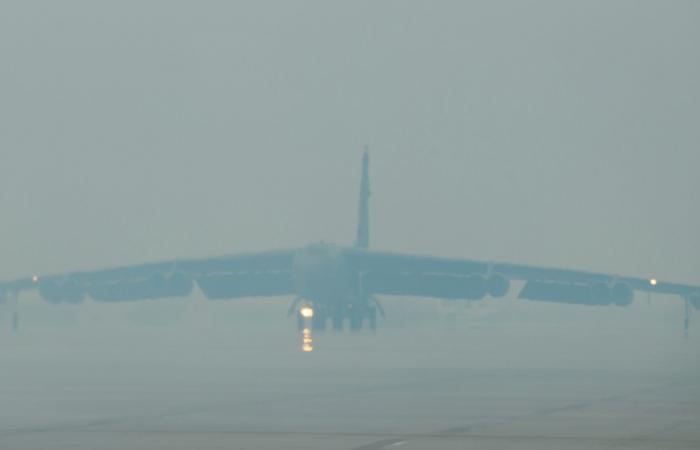 The US military deployed B-52 bombers to the Middle East on Saturday, just days after the Trump administration announced a partial withdrawal of US troops from Afghanistan and Iraq.

US Central Command said the US Air Force B-52H Stratofortress crews conducted the mission on “short notice” to “deter aggression and reassure US partners and allies.”

“The ability to quickly move forces in, out and around theater to capture, hold back and exploit initiative is critical to deterring any potential aggression,” said Lt. Gen. Greg Guillot, 9th Air Force Commander.

“These missions help bomber crews familiarize themselves with the airspace and command and control functions of the region and allow them to integrate with US air assets and theater partners, thereby increasing readiness. general combined force. ”

President Trump’s new acting Defense Secretary Christopher Miller on Tuesday announced a troop withdrawal of 2,500 from Afghanistan and 2,500 from Iraq by January 15 of next year. There are currently approximately 4,500 troops in Afghanistan and 3,000 in Iraq.

“In light of these enormous sacrifices, and with great humility and gratitude to those who have gone before us, I formally announce that we will implement President Trump’s orders to continue repositioning the forces of these two countries.” Miller said Tuesday.

“This is in line with our established plans and strategic goals, supported by the American people, and does not amount to a change in policy or goals. ”

Secretary of State Mike Pompeo was in Doha, Qatar on Saturday to participate in what may be his final round of talks with the Taliban and the Afghan government over a peace deal.

Violence in Afghanistan exploded this year, with eight people killed just hours before peace talks began on Saturday, when mortars hit a residential area in Kabul.

A B-52H “Stratofortress” at Minot Air Force Base in North Dakota on Friday.

It is not known where the B-52H bombers went in the Middle East on Saturday, but they departed from Minot Air Force Base in North Dakota.

Minot Air Force Base is the only base in the United States that houses both intercontinental ballistic missiles in underground silos as well as a fleet of bombers also capable of carrying nuclear warheads.

This is the first B-52 mission to the Middle East in several months. In January, after the elite US Army Joint Special Operations Command killed Iranian General Qassem Soleimani in a drone strike, six B-52 bombers were sent to Diego Garcia in the Indian Ocean. .

These were the details of the news US military deploys B-52 bombers to Middle East days after Trump... for this day. We hope that we have succeeded by giving you the full details and information. To follow all our news, you can subscribe to the alerts system or to one of our different systems to provide you with all that is new.