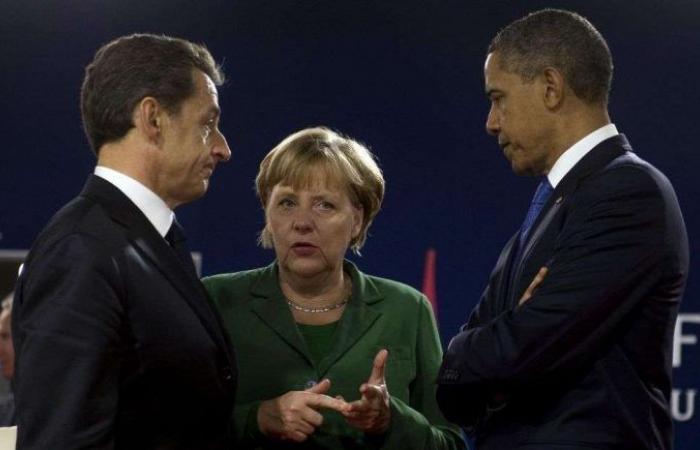 Here are the descriptions of some of them, over the pages of the promised land “(Editions Fayard), the first volume published simultaneously in 25 languages ​​around the world.

“Sarkozy, on the other hand, was all emotional outbursts and hyperbolic talk. With his dark skin, his expressive, vaguely Mediterranean features (his father was Hungarian, his maternal grandfather was Greek), and short (he was tall about 1.66 meters, but wore heels to grow taller), he looked like a character from a Toulouse-Lautrec painting. Although he came from a wealthy family, he readily admitted that his ambitions were partly fueled by the feeling of having been a stranger all his life.

The editorial team advises you

“The discussions with Sarkozy were thus by turns amusing and exasperating, his hands in perpetual motion, his chest bulging like that of a dwarf rooster, his personal interpreter (unlike Merkel, he spoke limited English) always by his side, an exalted reflection of his every gesture, of his every intonation, as the conversation shifted from flattery to swagger, without lacking genuine insight or ever straying from his primary, barely disguised interest, which was to to be at the heart of the action and to take credit for everything that was worth taking credit for ”.

“Physically, he was nothing remarkable: short and stocky – the build of a wrestler -, fine red-blonde hair, a protruding nose, clear and vigilant eyes. As we exchanged a few civilities, I noticed in him a certain casualness, an indifference exercised in his voice, indicating that he was used to being surrounded by subordinates and solicitors. He was a man accustomed to power. “

“Built like a rugby player, with a square jaw, thick features and a bald patch over which he folded locks of gray hair, Netanyahu was intelligent, skillful, tough, and spoke fluently in Hebrew and English.”
“Netanyahu knew how to be charming, or at least deferential, when he saw an advantage.”
“But the image he had of himself as a great defender of the Jewish people against all calamities enabled him to justify just about anything that could hold him in place – and, with his knowledge of politics and the American media, he was convinced that he could resist all the pressures of a democratic government such as mine.

“Merkel had large, light blue eyes, in which one could read frustration, amusement, or a hint of sadness. Moreover, her impassive appearance reflected her pragmatic and analytical sensitivity.”

“For my part, I found the Prime Minister cordial and generally attentive to my requests. But every time I heard him speak, his long, slightly hunched figure, his voice in vigorous staccato that rose an octave in reaction to various grievances. or what he perceived as affronts, I had the strong impression that his attachment to democracy and the rule of law would only last as long as he kept him in power “.

These were the details of the news Sarkozy, Erdogan, Merkel crunched by his sharp eye for this day. We hope that we have succeeded by giving you the full details and information. To follow all our news, you can subscribe to the alerts system or to one of our different systems to provide you with all that is new.