The cannabis revolution is underway: more home use over the age... 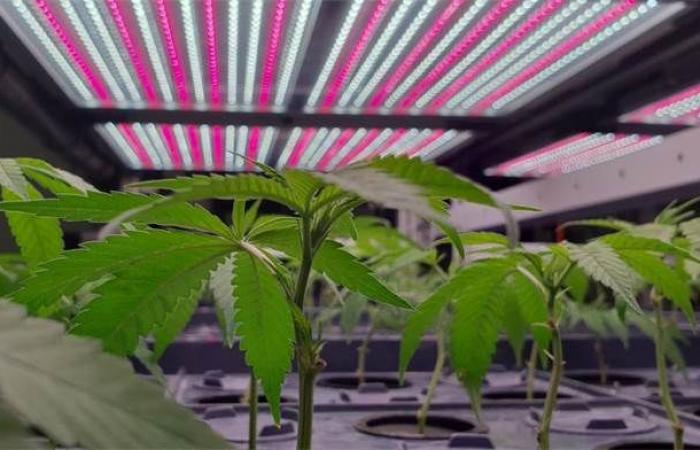 The cannabis revolution is underway: Justice Minister Avi Nissenkorn announced today (Thursday) the promotion of legalization, after years of criminal enforcement against cannabis consumers. Under the reform, more home use over the age of 21 and in dedicated shops, and later cannabis use in public places will be examined.

Nissenkorn adopted the conclusions of the inter-ministerial team set up to examine the cannabis reform, headed by Deputy Attorney General Amit Merari. This is the beginning of a move to change the legislation, and according to Nissenkorn, the move will be completed within 9 months within the framework of comprehensive government legislation.

On the basis of the committee’s recommendations, it was determined that the state will ensure regulation that will ensure that prices are reasonable, so that consumers do not buy on the black market. It was also stipulated that along with allowing the use, the state will invest in education, information, budgeting addictions and enforcing and punishing those who improve the conditions of use, along with accompanying research to make sure the steps are satisfactory, and the moves can be corrected later.

The team was composed of representatives of the Ministry of Justice, Health, Internal Security, Finance, Welfare, Community Promotion and Public Representatives, and was formed following private bills by MKs Ram Shefa from White Brush and Sharan Hashakel from the Likud who passed the committee’s examination.

According to Nissenkorn, “there is a majority and consensus to advance this issue for the benefit of the Israeli public. The time has come to proceed responsibly and balance a person’s right to use cannabis with other considerations.”

According to Advocate Merri, “We have come to the conclusion that in a responsible and accurate regulation the concerns about cannabis use should be addressed. Better a poor horse than no horse at all. Non-discrimination does not address concerns such as contact with the black market. “

Merri also explained that in Israel “there is widespread public use. The main concerns were harm to public health and addictions, fear of irreversible damage to minors and young people and fear of public health in terms of road accidents and strengthening crime and the black market.”

What happens in the interim?
“In the interim, no changes need to be made in the area of ​​non-discrimination. A situation where we allow use when the market is not yet ready will do more harm than good.”

There is currently no intention to change the existing situation, so it appears that the distribution of fines will continue even after the dramatic announcement of the intention to change the legal situation. Just today we reported in “Globes” a 58% increase in the number of fines for cannabis use during 2020, in a way that contradicts the policy change presented today, and it is appropriate that the use of fines not be widely made in light of the reform.

How did the committee respond to the fear of being used by minors?
Merri: “One of the main issues the committee dealt with was the effect of legalization on the use of minors, with the understanding that the harm to minors is particularly severe and irreversible. The solution will be in information. There is no dispute that cannabis should be kept away from minors. Of a sales ban. “

Who will be the responsible regulator?
According to Nissenkorn, the matter will be brought to the attention of the government, as there are many important ministries involved – health, law, economics, welfare, homeland security and community promotion. Nissenkorn stated that a government regulatory body would be set up to oversee all aspects in order to minimize potential risks. “

How much cannabis will you be allowed to possess?
Not yet known. There was a dispute within the team as to what quantity could be held – MK Hashekel suggested up to 50 grams, but the team thought the amount was large, some supported 15 grams and some less. Throughout the dispute the issue was left for an in-depth discussion later.

MK Ram Shefa, a white brush, said: “This is significant news for all residents of Israel. The hard work of the team, to lead a move with great significance, is commendable. “You can’t close your eyes – Israel is a leader in cannabis consumption, we need to look reality in the eye, and we need to regulate it.”

MK Sharan Hashakel of the Likud said: “The recommendations do justice to over a million citizens, are socially and economically correct, protect the individual freedoms of the country’s citizens and correct injustices from the Arden Commission, which was a majority for recommendations, but would snatch other recommendations. I will make a supreme effort to end the legislation. “

The cannabis sector’s response to legalization

The impact of possible legalization of cannabis and the start of production of cannabis products for leisure purposes, can affect growers and cannabis factories in both directions. Company stock Intercure , Which has already started operating in the field of recreational cannabis, rose 4.8% today, in the assessment that legalization opens up a new and profitable market share for it. However, for other companies that have invested in meeting the quality standards of medical cannabis, the move could actually signal increased competition from parties that are not committed to the same quality standards. Medical cannabis consumers may prefer to consume recreational cannabis brands if they are cheaper, and the markets are not necessarily separate from each other.

Meanwhile all stocks in the sector reacted with slight gains or did not react at all, and there were no declines. Stood out in intercourse trading as described above; Closed Rose 4.1% during the press conference; Panaxia , Which owns a cannabis factory, has risen 3.5%. In any case, most companies are waiting to export cannabis, and it is possible that a strong Israeli leisure market will also allow them to specialize in leisure products and export them more easily.

Assaf Ohayon, founder of “Here World”, a subsidiary of Public Intercourse, which was held ahead of time for the possibility of approving cannabis for leisure, said: “According to the bill, there are over one million adult Israelis in Israel who consume cannabis for various purposes, including leisure purposes. In completely normative Israelis, who cover the diversity of the adult population and have to deal with the purchase of unregulated and criminal factors. Have had to rely so far.

“The large sums of money that are currently being diverted to black markets can be used for tax revenues and levies for education and society, just as has been done with great success in Colorado, California and Canada. The tremendous momentum in industry, tourism and local commerce can be harnessed to create a variety of new jobs. For young adults who have experienced a significant upheaval under the corona crisis. “

Avinoam Sapir, CEO of Tikun Olam-Cannabit, said: “As a company that deals with medical cannabis, we consider regulating the leisure market a right, fair and blessed move, and if approved, we will also produce dedicated varieties for it at the same quality level as we lead in the medical market.

“Legalization is possible in light of the change in public awareness of cannabis, which has happened a lot thanks to the successes of medical cannabis treatment in Israel, where the world of pioneering society was repaired. The actual opening of the market to the general Israeli public “By conducting clinical research and developing strains and products with maximum therapeutic efficacy.”

But medical cannabis patients did not all rejoice: “Medical cannabis prices are very high, and at the same time the state budget is in an all-time pit,” said one patient, “and the Ministry of Health is afraid to upset the industry and create price controls. The only solution is to lower the average price. “Patients are the springboard for legalization, but the reform will not be relevant to the products we consume. For us, it is another blow to our status as consumers of medicine, and we should be treated as such in price controls and the health basket and in protecting our blue rights and privacy.”

Golan Bitton, CEO of Unibo, which currently operates a cannabis plant and also establishes a breeding farm, said: “I hope that this reform will happen faster than previous reforms in the field of cannabis, such as medical cannabis and exports. Demand for leisure products will increase demand, but we are not expecting a shortage as it was in 2019, because the sector has greatly increased supply. “

According to Bracha, “Israel is taking a significant step forward, similar to many countries in the world. Togder will be ready to act according to the reform, when it is officially approved, in the most professional and meticulous manner currently available in Israel. Together with all those involved in the field, we will contribute to proper, healthy, responsible, legal And equality of the cannabis field in Israel. “

Advocate Hagit Weinstock, co-founder of Weinstock Zehavi Law Office, a leader in the field of cannabis regulation and legislation in Israel, said: “In fact, there are more than one million cannabis consumers in Israel without a license. The move effectively drops the ground beneath the feet of the illegal and uncontrolled black market, which causes many consumers to be considered criminals in the eyes of the law, and on the other hand provides them with material whose level of quality and safety is unclear.

“Along with the legalization series, it is important to ensure both the quality of the cannabis distributed for this purpose – control levels and quality must be maintained – it is very clear that every manufacturer must maintain its quality and transparency regarding this quality. In terms of prices, fair prices must be ensured for all consumers.” That not every child will be able to buy the material, and on the other hand that they will maintain a proper economic viability for breeders, and manufacturers and marketers.

“It is also important to maintain and ensure in every way the separation between legalization and medicalization – there must be no mixing, so that we can manage it optimally. Separation must be produced in queues, as in the US, where there are separate queues in dispensaries, for example. There is room to address the issue of prices and establish other price levels in advance that will emphasize the separation between the areas. ”

These were the details of the news The cannabis revolution is underway: more home use over the age... for this day. We hope that we have succeeded by giving you the full details and information. To follow all our news, you can subscribe to the alerts system or to one of our different systems to provide you with all that is new.