Bassil and Aoun’s advisor … “Punished” threatens a “traitor” and ignites... 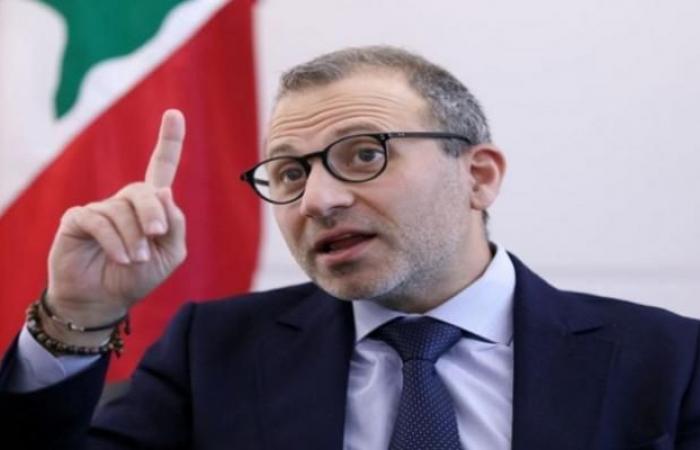 The US sanctions that targeted the Lebanese parliamentarian, Gebran Bassil, brought out the scenes of his deep disagreements with Antoine Haddad, the president’s advisor to the front.


Differences began to emerge in the media through statements made by Basil, the head of the Free Patriotic Movement, and President Michel Aoun’s son-in-law, during a press conference he held to respond to the sanctions.

At that time, Bassil spoke about a “traitor” in the “movement” without naming him, and promised to hold him accountable, only to come back and then appear that Antoine Haddad, who lives between Lebanon and the United States of America and has extensive relations in Washington, was the person Bassil intended.

For his part, Haddad, in media statements, launched an attack on Bassil, saying that “decisions in the Lebanese presidency are not taken without his approval.”

Haddad described Bassil as “corrupt” and “liar”, which required a response from the presidency, which announced in a statement, that “the mission of the former advisor to the President of the Republic for Public Relations Antoine Haddad ended in the General Directorate of the Presidency of the Republic on October 9, 2020.”

The statement pointed out that “the contract with him (Haddad) was canceled and he was prevented from entering the Republican Palace, and therefore he no longer has any of the files that he talked about in his statements to the media during the past two days, and any other files related to the presidency.”

For his part, the Director General of the Lebanese Presidency, Antoine Choucair, said in a statement, “Haddad deliberately, during his time in the presidency, and his use of the maritime border demarcation file, to request unconstitutional and illegal issues.”

He added, “Haddad was pressuring to follow it and insisting on it, contrary to all rules and regulations, which prompted me to propose rejecting the violation of laws and the constitution, especially since the President’s directives and decisions were not consistent (in line with) with what Haddad was asking for in terms of illegal and unconstitutional matters.”

Data also required a response from Haddad, who said that he was reluctant to “go into the details of the allegations mentioned in the presidential statement,” stressing that they were null and void against him.

Haddad called on those who described it as “the entourage surrounding the president, to stop transforming the presidency into a puppet that they manipulate unconstitutionally,” considering that “it may be difficult to reform if they break it.”

This came after Basil accused Haddad of treason, and standing behind the penalties, vowing to hold him accountable, after which Haddad returned and announced that he would file a lawsuit against Bassil.

However, as the differences escalated and Bassil’s cyber army launched an attack on Haddad, the latter decided to go out to the media to clarify his approach to matters.

Haddad said that Bassil was the one who kept him away from the border demarcation delegation, and had influence over Aoun to stop signing decrees related to the demarcation.

He also denied, in television interviews, his relationship with the sanctions against Bassil, and said: “We made efforts to defend Basil for the sake of President Aoun, but all of those we spoke to about this issue in the American administration were assuring us that he was a liar and corrupt, based on the evidence they had. The accusations are proven. ”

These were the details of the news Bassil and Aoun’s advisor … “Punished” threatens a “traitor” and ignites... for this day. We hope that we have succeeded by giving you the full details and information. To follow all our news, you can subscribe to the alerts system or to one of our different systems to provide you with all that is new.