Declaration of war? Bolsonaro talks about using gunpowder against Biden 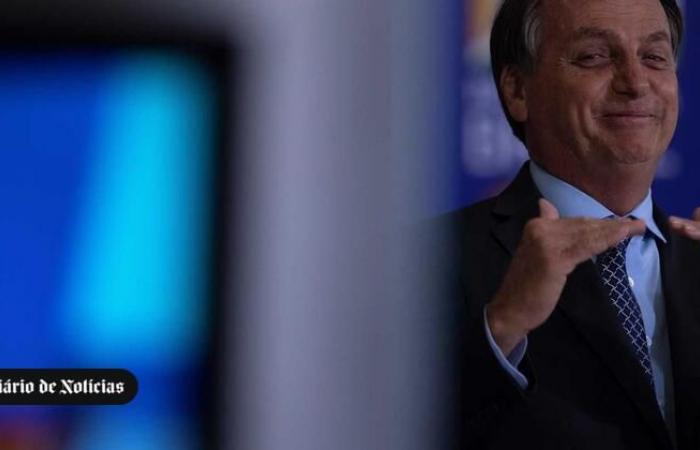 Jair Bolsonaro said at a public event, on Tuesday night, that after saliva, it is necessary to know how to use gunpowder, commenting on Joe Biden’s recent statements about the Amazon. The statements by the Brazilian president, declared a supporter of Donald Trump who has not yet acknowledged the victory of the Democratic candidate, caused shock and surprise, first, and a storm of memes afterwards.

“Brazil is a very rich country. We have just seen a great candidate for the head of state say that if I don’t put out the fire in the Amazon, he will raise trade barriers against Brazil. And how can we face all of this? Diplomacy alone is not enough, right, Ernesto [dirigindo-se a Ernesto Araújo, ministro das relações exteriores]? Because when you run out of saliva, you have to have gunpowder, otherwise it doesn’t work. You don’t even need to use gunpowder, but you need to know you have it, “said Bolsonaro.

The reactions started with Rodrigo Maia, third in the line of presidential succession as leader of the Chamber of Deputies. “We have more than 160 thousand dead, an economy increasingly weakened on the verge of hyperinflation and a state in the dark [o Amapá está em crise elétrica há uma semana], and the president speaks of gunpowder and sissies, “he responded, adding another Bolsonaro intervention at the same event.” We must stop being a sissy country, “he said of covid-19.

“In a single day Bolsonaro celebrates the death of a volunteer, calls Brazilians sissies and causes war power in the United States. All dramatic genres: tragedy, farce and comedy. About what really matters a word,” said Fernando Haddad, of PT , candidate defeated by Bolsonaro in the 2018 presidential elections. Haddad includes the reaction, in a commemorative tone, for the suspension of tests on a Chinese vaccine after death – with nothing to do with the tests – of a volunteer.

On Wednesday morning, attention turned to the US ambassador to Brazil, Todd Chapman, who chose to speak about the military relationship between the countries. “The detachment of Marines at the US Embassy and Consulates shares a long history and an important and lasting relationship with diplomacy that allows us to safely build a stronger bilateral relationship with Brazil,” he published on social media.

Carla Araújo, a columnist for the UOL portal, wrote that Bolsonaro’s statement “with a veiled provocation to the future American president, is not endorsed by the military, is not taken seriously. Nor should it be”.

The protagonists’ reactions were, however, swallowed up by the traditional rain of memes in the country.

“The only problem is that they are going to have to import gunpowder from China, and the president may not like it,” said a user of Twitter, relating the issue to the Chinese vaccine against the new coronavirus that Bolsonaro avoids acquiring.

Others compared the military strength of the two countries. “Mano, while you are in the gunpowder era, the USA is in the bombing era using drones, unmanned warfare, super soldiers, laser cannon, invisibility blanket and who knows what. fucking death star “, published one.

These were the details of the news Declaration of war? Bolsonaro talks about using gunpowder against Biden for this day. We hope that we have succeeded by giving you the full details and information. To follow all our news, you can subscribe to the alerts system or to one of our different systems to provide you with all that is new.