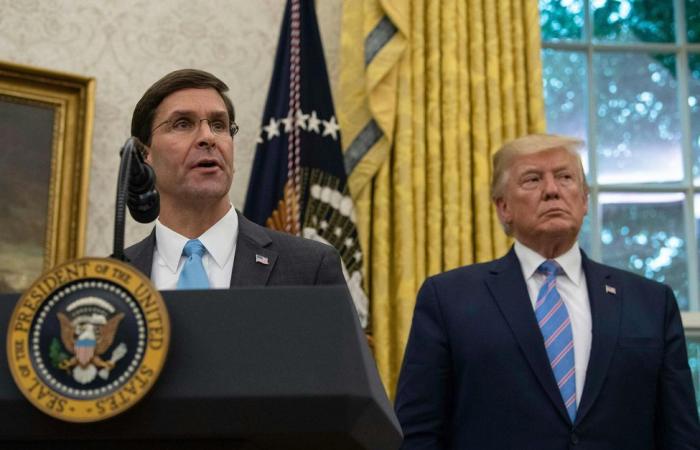 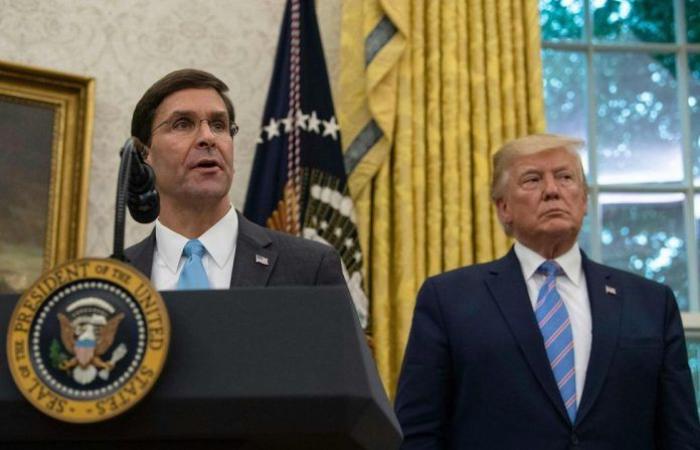 Not having been acclaimed for a second presidential term does not prevent Donald Trump from continuing to make Donald Trump. On Monday, US President Donald Trump announced the dismissal of his Defense Minister Mark Esper, who will be replaced by the director of the national counter-terrorism center, Christopher Miller.

“Chris is going to do a GREAT job! Mark Esper is sacked. I thank him for his work ”, tweeted bluntly the US president, two days after the announcement of his defeat to Joe Biden in the US presidential election.

As abrupt as it was, the ousting of Mark Esper was however rather expected. Relations between the hot seventy-year-old president and the 56-year-old technocrat have been strained since the Pentagon chief publicly opposed the deployment of the military in June to quell anti-racist protests in the country following the death of George Floyd .

Since that date, Mark Esper’s loss of influence had become palpable and he had disappeared from the screens, no longer giving interviews and giving only speeches prepared in advance.

Among his feats of arms in this post which he held for a little over a year, the signing in October 2020 with his Israeli counterpart Benny Gantz of an agreement which sees the United States commit to maintaining “Military superiority” of Israel over the surrounding countries.

Christopher Miller therefore becomes acting minister until January 20, 2021. He is technically the fifth Pentagon chief of Donald Trump, after former Marine General Jim Mattis, Boeing engineer Patrick Shanahan and the head of the Navy Richard Spencer who had to take the reins briefly while awaiting confirmation by the Senate of Mark Esper in July 2019.

*The article has been translated based on the content of Source link by https://www.liberation.fr/planete/2020/11/09/trump-limoge-son-ministre-de-la-defense-mark-esper_1805136
. If there is any problem regarding the content, copyright, please leave a report below the article. We will try to process as quickly as possible to protect the rights of the author. Thank you very much!

These were the details of the news Trump sacks Defense Minister Mark Esper for this day. We hope that we have succeeded by giving you the full details and information. To follow all our news, you can subscribe to the alerts system or to one of our different systems to provide you with all that is new.