Republicans distance themselves from Donald Trump 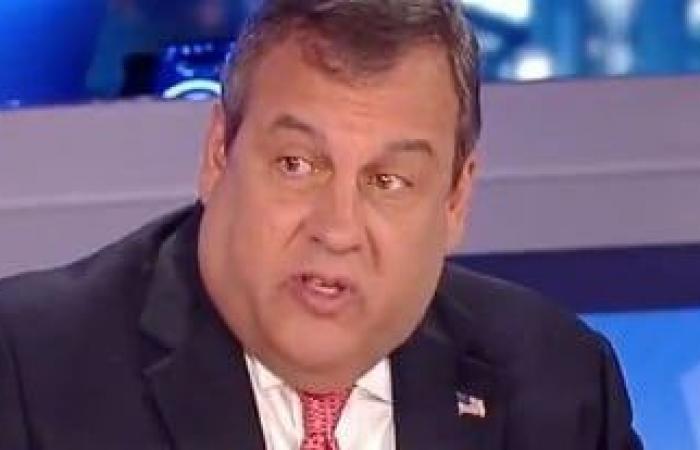 One of Donald Trump’s staunch supporters has turned against the president, asking him to provide evidence of widespread electoral fraud.

Former New Jersey Governor Chris Christie has joined a number of prominent Republicans who have distanced themselves from Trump’s “dangerous” election claims, which include fraud and threats of legal action.

Regarding Mr. Trump’s claim that he has “so much evidence” of election fraud in favor of Democratic enemy Joe Biden, Mr. Christie said, “We didn’t hear about evidence today.

“I want to know what supports what [Mr Trump] said.

“As a prosecutor, it’s like asking me to prosecute someone without showing me any evidence. “

Another extraordinary speech by Donald Trump follows as the world waits for the US election results.

“I was lucky enough to vote several times myself. I won, I lost, “said Christie. “As a candidate, you invest even more in the integrity of the system.

“When this stuff goes on that the president is talking about, we all want it to be found because it undermines everything we believe in our system.

Mr Christie said when the President made claims without backing them, “All he does is ignite without informing.”

For the first time since election night, the President spoke from the White House, falsely stating that Joe Biden and the Democratic Party were trying to “steal our elections”.

“We actually won a lot in all the major locations, and then our numbers were miraculously cut away in secret,” he said, adding that there will be “a lot of litigation.”

“We will see. But we believe there will be a lot of litigation because we cannot steal an election like this, and I tell you, I have spoken to all of you about this for many months. I have said very strongly that postal ballots will be a disaster. We hear absolute horror stories and we cannot allow this to happen to the United States of America. ”

The speech was condemned as “unacceptable” by both current and former members of the Republican Party, including former Senator Jeff Flake.

“No Republican should agree with what the president is saying right now,” he wrote on Twitter.

“There is no defense for the president’s comments that are undermining our democratic process tonight,” tweeted Maryland Governor and Republican Party member Larry Hogan.

“America counts the votes and we need to respect the results as we have always done before. No choice or person is more important than our democracy. ”

“None of them are. Much of this statement was bogus, and at times brand new, and should not be made by the President of the United States or an elected official, ”he told the network.

“The reality is that in Pennsylvania, Democrats voted by mail and Republicans voted in person. Because you asked her to.

“It is dangerous for the President to go out and claim (fraud) without evidence.

“To claim that the counting of votes by employees in 67 counties was somehow manipulated, no! Democrats voted in the mail, so your leadership went away! If they had voted in person, you would be in the same position now.

“I hope that right now Republicans will stand up and say what needs to be said about the integrity of our elections.”

Unsurprisingly, members of Mr Trump’s team – and his family – stand by his inaccurate claims.

“We have to count every legal vote.”

In Georgia, another major battlefield state where Trump’s lead is shrinking, Vernon Jones, DeKalb County’s CEO, told the crowd, “We’re not going to stand up for it, we’re not going to back down. We will fight. It’s a battle cry. ”

“I just want to tell the press we’re not bullshit,” he said.

These were the details of the news Republicans distance themselves from Donald Trump for this day. We hope that we have succeeded by giving you the full details and information. To follow all our news, you can subscribe to the alerts system or to one of our different systems to provide you with all that is new.