Bollywood News - Ishaan Khatter talks about the pros and cons of... 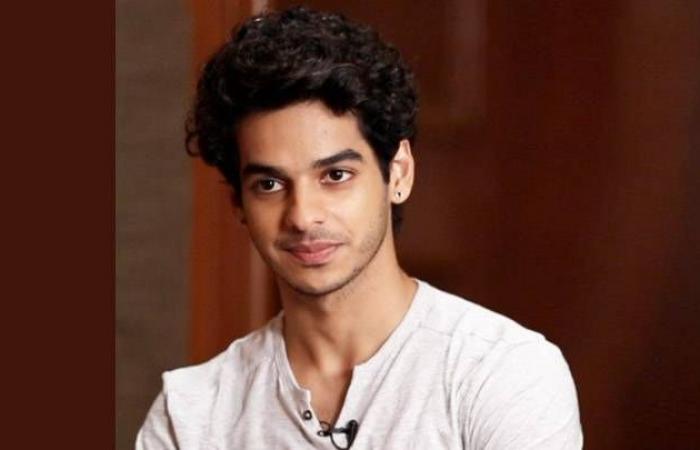 Thank you for reading the news about Ishaan Khatter talks about the pros and cons of... and now with the details

Aden - Yasmine El Tohamy - As the debate on nepotism within Bollywood rages in India, the common perception is that the Hindi film industry is a tough place for outsiders while 'star kids' have it fairly easy. Though the argument is not new, it was given a new lease of life when actress Kangana Ranaut made some bold comments on Karan Johar's talk show Koffee with Karan, accusing him of encouraging nepotism. Now, with the death of actor Sushant Singh Rajput, Ranaut has sparked a fresh debate on the insider-outsider topic.

However, Ishaan Khatter has different views about the privileges of belonging to a 'film family'.

"I'm grateful for all that I have (belonging to a family of actors), but in the current climate, it's strange that a certain section of people are perceiving it as a bad thing," says Bollywood star Shahid Kapoor's half-brother and son of actors Rajesh Khattar and Neelima Azeem.

"There are many more pros than cons of being from a film family," Khatter tells City Times over Zoom from Mumbai.

"I'm lucky to have been brought up in a household by my mum, who has embedded in me values that I can carry all my life. Artistes are sensitive people, and I've picked that up from her and it has made me love my work even more. Agreed there's popularity and fame (being a star) and that's great, but it should be used to empower your choices as an actor and yourself. There is much value I give to it. In fact, being from a film family teaches you to give more. I've realised that the job doesn't end with an act, and acting is not as simple as it seems, you have to give a lot of yourself. When you're in the public eye people will use information as they please, so you have to be prepared for it and understand the stakes and repercussions," he explained.

That being said, the budding actor doesn't think that fame should define who you are as a person. "It should be defined by your own set of values as a person. I've been lucky, growing up in this (film) environment that has taught me to feel more for others and to be sympathetic towards them," says Khatter, as he emphasises the need to lend an ear to others.

'Attain success without harming others'
Khatter believes that the image being painted about an individual need not be completely true always. "There's so much more to a person than what is being brought to the fore often and what's being said and discussed about them."

For him, growth is important but without stepping on others' toes. "As individuals, we must strive to attain success without harming others or by deterring their growth or stealing their opportunities. It all depends on who you are as an individual and what you want to make of the opportunities that come your way. It's all about how you perceive and value them and keep building on them. "

Working with Mira Nair
The budding actor, who can be seen currently in Mira Nair's A Suitable Boy, has an interesting line-up of projects, including Khali Peeli opposite Ananya Panday and the horror-comedy Phone Bhoot alongside Katrina Kaif and Siddhant Chaturvedi.

The BBC series A Suitable Boy, based on Vikram Seth's famous novel, released on July 26 in the UK and is expected to hit Netflix soon. The story is set in 1950s post-partition India and is about a country coming into its own. "I have been an admirer of Mira Nair's work for long, and I don't think anyone could have told this story better than her. I was very anxious to work in the series. I was called in to audition for the role when none of my movies had released yet and the casting director didn't have anything to refer to. I did one scene and my next meeting was with Mira Nair. She gave me an overview of the series and in our second meeting she told me that she was keen on me playing Maan Kapoor (Khatter's character)."

Khatter admitted that it was a huge privilege to work with the top-notch team that Nair puts together for her movies, including co-stars Tabu, Tanya Maniktala, Ranvir Shorey, Vijay Varma, and Bharat Kapoor to name a few.

'Tabu is an exemplary performer'
Khatter plays a minister's son, who falls in love with Saeeda bai, a courtesan played by Tabu in the series. The actor is all praise for Tabu and says that she's the best co-star one could ask for. "Tabu is one of my all-time favourite actors. She's very easy to work with and an exemplary performer. She's the kind of person who can put anyone at ease on set. It doesn't feel like a task working with her. We spent some time during the reading stage. We struck a friendship and got comfortable with each other and that made it easy for us to work in synergy."

While age differences between couples, especially when the woman is older than the man, is still a taboo subject in India, Ishaan says it's not the case in this series which offers a new point of view. According to him, people's perceptions will change after seeing this.

"Age is not a factor in a good relationship. There have been several wonderful relationships between people with age differences - like Dilip Kumar and Saira Banu. Things have changed a lot over the years. This series offers an interesting view of a relationship rather than focus on the age gap between the lovers. It delves into the lives of a courtesan and a minister's son, and their 'forbidden romance', but that's what makes this relationship more significant. It's a vital plot point."

Khatter adds that the story of A Suitable Boy is as relevant today as it was in the 1950s. "It's a socio-political story blended with personal stories. We as a society are largely impacted by the events that happened then that led to the creation of the country. There are various layers to the story, it's told from an intimate point of view but it explores larger socio-political themes and people will be able to relate to the characters."

Ishaan Khatter made his debut with noted Iranian filmmaker Majid Majidi's acclaimed movie Beyond The Clouds and the young lad says it's a dream debut for any actor.

"It was my first movie as a professional actor. It was overwhelming to have got the opportunity to work with Majidi in my first movie itself. Working with the director was the best experience of my life. His work and teachings have left a lasting impact on me, from his story-telling art to the way he directs. I've learned valuable lessons from him. He showed me how to focus on the right things and not get caught up in my head with thoughts."

Comparisons with Shahid Kapoor
In a short career span, Khatter has already built an impressive resume having worked with some of the world's best filmmakers, yet comparisons are bound to happen when it comes to his more experienced brother Shahid.

"I was kind of prepared for that, after all, we share the same DNA and there's bound to be similarities and dissimilarities. He's been around for long and has a huge following so people will draw comparisons. But that's perfectly fine with me. It's an honour for me to be following in his footsteps and taking the legacy forward."

The actor adds that he's blessed to have a brother who has had a successful career. "He's had varied experience and I can learn from it. Both of us share an inclination towards the artistic side of movies. I am lucky to have someone like him to mentor me. But I must say that I'm the luckier one. Our experiences have been different, I've been lucky with my choice of films and I've had good opportunities come my way."

Khatter says that Shahid never interferes in any of his work. "He's not involved in any of my work. He wants me to go through my journey alone. He never comes to any of my movie sets except for the first time I faced the camera in Beyond The Clouds. He and my other family members were there for the mahurat (inauguration), to give me their blessings."

With such prestigious projects under his belt, there's no doubt that Khatter is among the most promising youngsters in Bollywood and he rightly deserves all blessings!

A Suitable Boy premiered on BBC, on July 26 and will air on Netflix soon.

These were the details of the news Bollywood News - Ishaan Khatter talks about the pros and cons of... for this day. We hope that we have succeeded by giving you the full details and information. To follow all our news, you can subscribe to the alerts system or to one of our different systems to provide you with all that is new.