Trump sued for using ‘YMCA’ in campaign without authorization 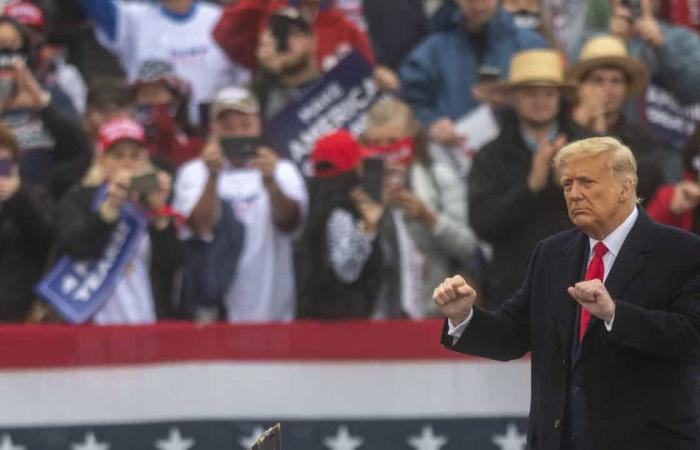 A complaint about music misuse will be made “in the coming days” in France and the United States, Richard announced Malka, lawyer for copyright beneficiaries cited by the France Press news agency (AFP).

During Donald Trump’s presidential campaign, the hit was used numerous times to end the rallies but also in a “video promotional that was broadcast all over the world, “added the lawyer.

The 1978 song was written by two Frenchmen – Jacques Morals e Henri Belolo – and the American Victor Willis. Richard Malka he is a lawyer for French beneficiaries.

“The company Scorpio Music, owner of the work, discovered with astonishment this illicit appropriation, which is partisan and electoral for the benefit of Donald Trump, which they do not and would never have accepted,” he said. Malka.

The lawyer added that “this use offender“will be” the subject of a complaint in the coming days, both in France and in the United States, against the author and accomplices of what is the absolute theft of third party property “.

In addition, he warned, the beneficiaries of Jacques Morals e Henri Belolo “prohibit anyone from transmitting the contentious video in question without your permission”, from this moment on.

YMCA became a worldwide hit not only for the lyrics but also for the choreography of the six elements of the band, who appear dressed as cowboys, Indianpolice, worker, biker and soldier. In the 1970s and 1980s, music was considered a flagship of the gay community.

The election campaign for the 2020 presidential elections in the United States ended on Monday. Tuesday was the last day on which voters were able to exercise their right to vote and, at this moment, the counting of what is one of the elections with the highest participation ever takes place.

The next president of the USA will be the candidate who manages to elect at least 270 delegates, and Democratic candidate Joe Biden stays ahead while counting.

These were the details of the news Trump sued for using ‘YMCA’ in campaign without authorization for this day. We hope that we have succeeded by giving you the full details and information. To follow all our news, you can subscribe to the alerts system or to one of our different systems to provide you with all that is new.