The largest Islamist group in Bangladesh is giving the government 24... 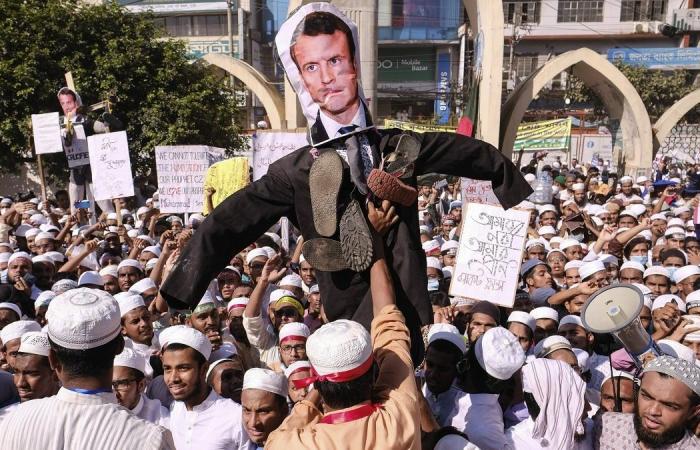 The largest Islamic group demanded Bangladesh The government, on Monday, cut ties with France within 24 hours, while police prevented thousands of its supporters from marching to the French embassy.

Tens of thousands of Muslims demonstrated across Bangladesh, the third largest Muslim country in terms of population, and home to more than 160 million people, to protest against the French President’s statements Emmanuel MacronIn a dispute caused by his defense of publishing cartoons insulting to the Prophet Muhammad, may God bless him and grant him peace.

Protesters in the capital Dhaka, on Monday, called for a boycott French goods. “We give the government 24 hours to cut diplomatic ties with France,” said Junaid Babunjri, Secretary-General of the Group of Islam Presidents, and added to the protesters: “If our demands are not met, we will announce our next step.”

There has been no official comment yet on the demands of the Islamic parties in the country. However, a senior official in the Ministry of Foreign Affairs, who requested anonymity, said that the government “will not take sides” and referred to the tightening of security measures around French Embassy.

These were the details of the news The largest Islamist group in Bangladesh is giving the government 24... for this day. We hope that we have succeeded by giving you the full details and information. To follow all our news, you can subscribe to the alerts system or to one of our different systems to provide you with all that is new.