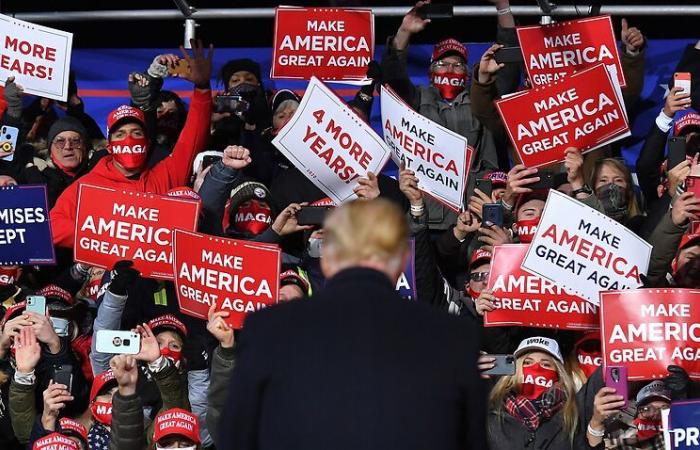 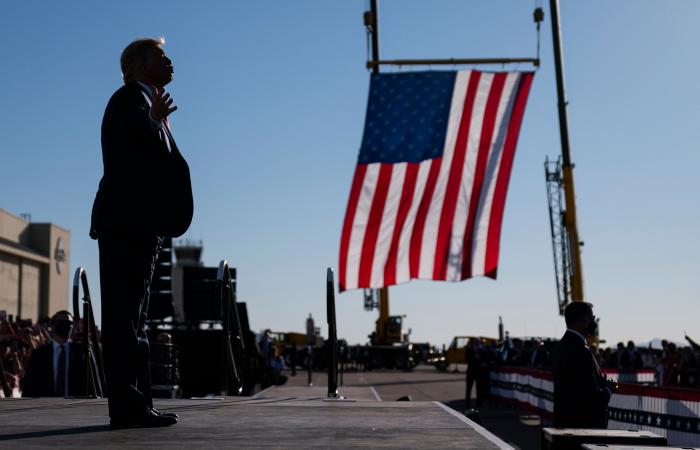 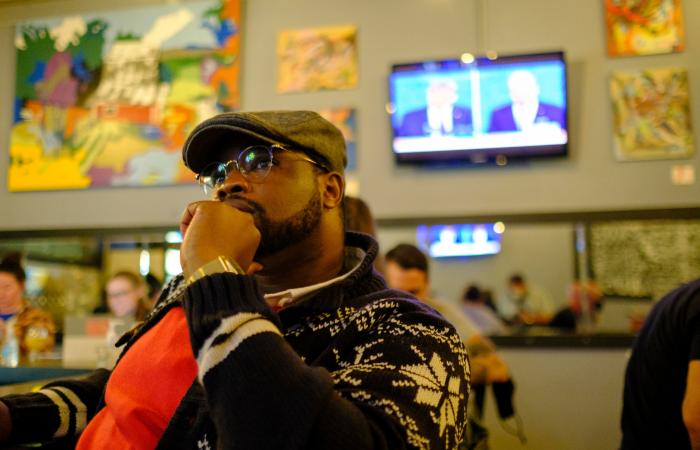 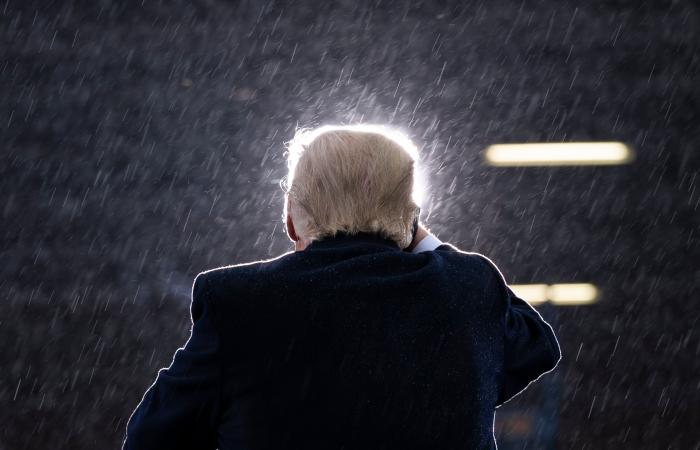 Within a few days – or weeks if the outcome is controversial – we will know whether Donald Trump should remain US President or whether his Democratic challenger Joe Biden will take over the White House.

But even if the Republican loses Trump on November 3rd, his legacy and impact on American society will be clear.

And according to some political experts, it will last for years.

The beliefs of many of his followers will remain, as will the underlying factors that led to his victory. Its influence on how future leaders rule will also be important.

Mr Trump successfully appealed to voters in 2016 with his kind of conservative populist nationalism.

In office, these ideals were confirmed by immigration bans from Muslim-majority countries, trade wars with China, and the removal of the US from global groups such as the World Health Organization.

He mixed it with his style of fiery populism, made himself the enemy of the press, branded himself as an “outsider” president, damaged government institutions and befriended dictators.

One could say that his response to the COVID-19 pandemic by reassuring people that it would simply “go away” is Populism 101; a simplified answer to a complex problem.

But his kind of nationalism and populism was dangerous, says Brendon O’Connor, associate professor of American politics at the University of Sydney’s United States Studies Center.

“We have two very broad and often simplistic ideas that without moderation or at least a certain amount of sophistication can be dangerous,” he told SBS News.

“And that’s exactly what you have with Trump. You know these simple solutions are often aimed at groups or scapegoats based on fear and opposition and not very considerate of negotiation or compromise. ”

Mr Trump’s popularity is undeniable – 62 million voters left their support behind in 2016.

While some of them have since been turned off by his leadership to change their voices, his die-hard fans remain, as do their belief structures.

“There will still be many whites voting for Donald Trump in the upcoming election, regardless of his record,” said Associate Professor O’Connor.

For those who felt left behind by globalization, not much has changed economically. And a financial crisis fueled by COVID-19 would not have made it easier for many.

“There are clearly many people in America who feel financially vulnerable. That won’t change overnight, and certainly not in a recession caused by COVID, ”said Associate Professor O’Connor.

“There will be many people who feel that politics and business have not served them particularly well.”

Denver, Colorado-based US political scientist Seth Masket says the sense of economic upheaval and the polarizing problem of race will persist.

“People just got more polarized and since then there has been a deeper exposure to radicalism [the Obama era] I think we are still moving in that direction, ”he said.

Anti-immigration Trump supporters believe that minorities are treated better and that white people are losing their status, either, are unlikely to change their minds anytime soon, Associate Professor O’Connor said.

“That kind of status claim is really the current thing that Trump is whipping up.” 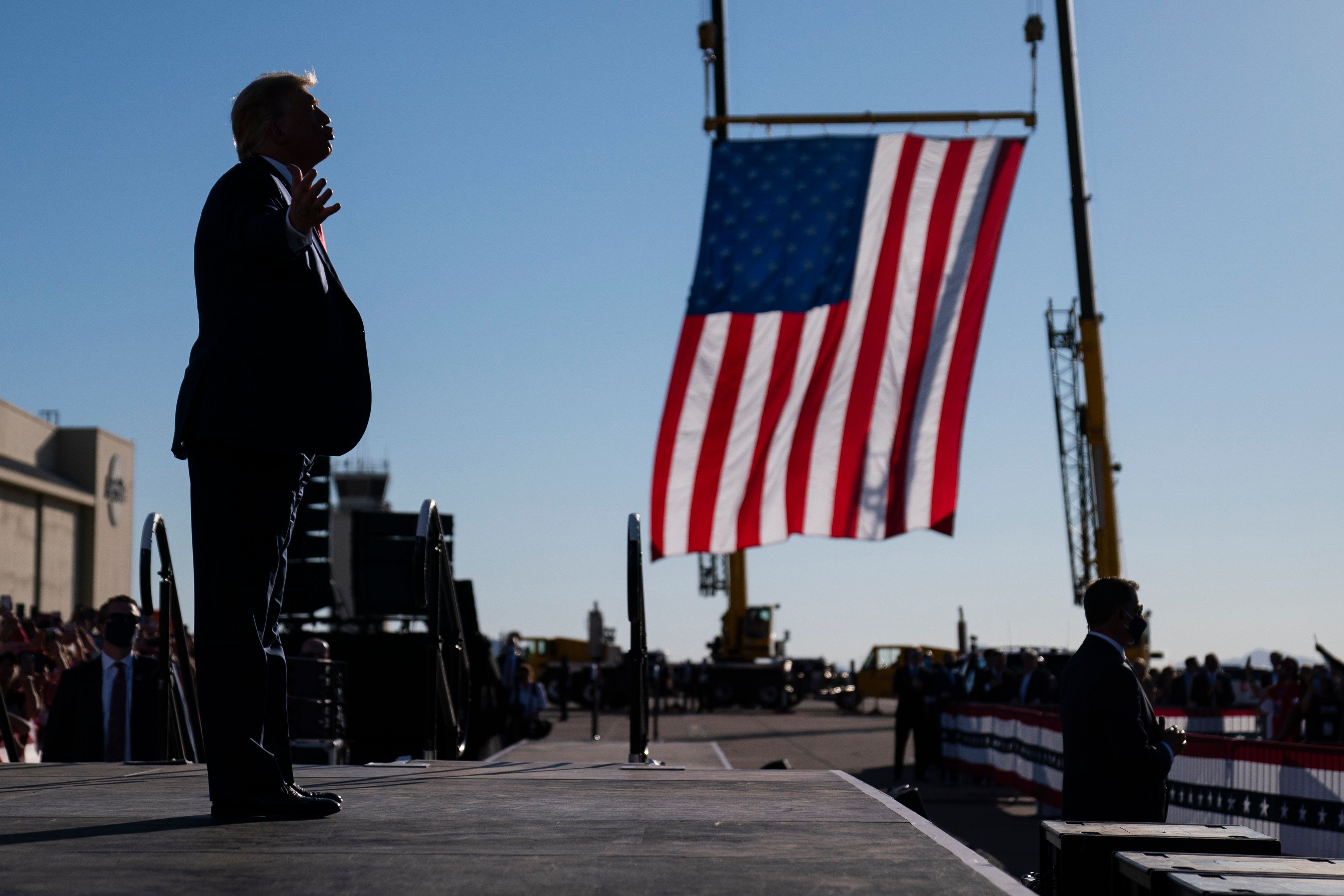 Donald Trump points to the crowd in Goodyear, Arizona.

“We have seen that people who see themselves as the” real Americans “because they are white and may have been in America a little longer than newer immigrants – that element of politics was really destructive.”

Mr. Masket sees it differently. He says, like most other types of supporters, Trump supporters rely on the man himself to build their faith.

“I think the main thing that motivated her was her enthusiasm for Donald Trump. And they were willing to take on a lot of things he believed in just because they liked him, ”he said.

“These supporters may adjust their views a little, but they will be looking for someone who somehow takes this coat forward.”

Associate Professor O’Connor says the role of the conservative media also matters; You have seen the prices and will sell them, regardless of their impact or validity.

“These people have been frenzied by media organizations that support Trump.

“These people aren’t going to leave suddenly, ‘Ahh, that was a bit of an exaggeration’. You know, the media stations make sure they keep coming back when they’re so frenzied. 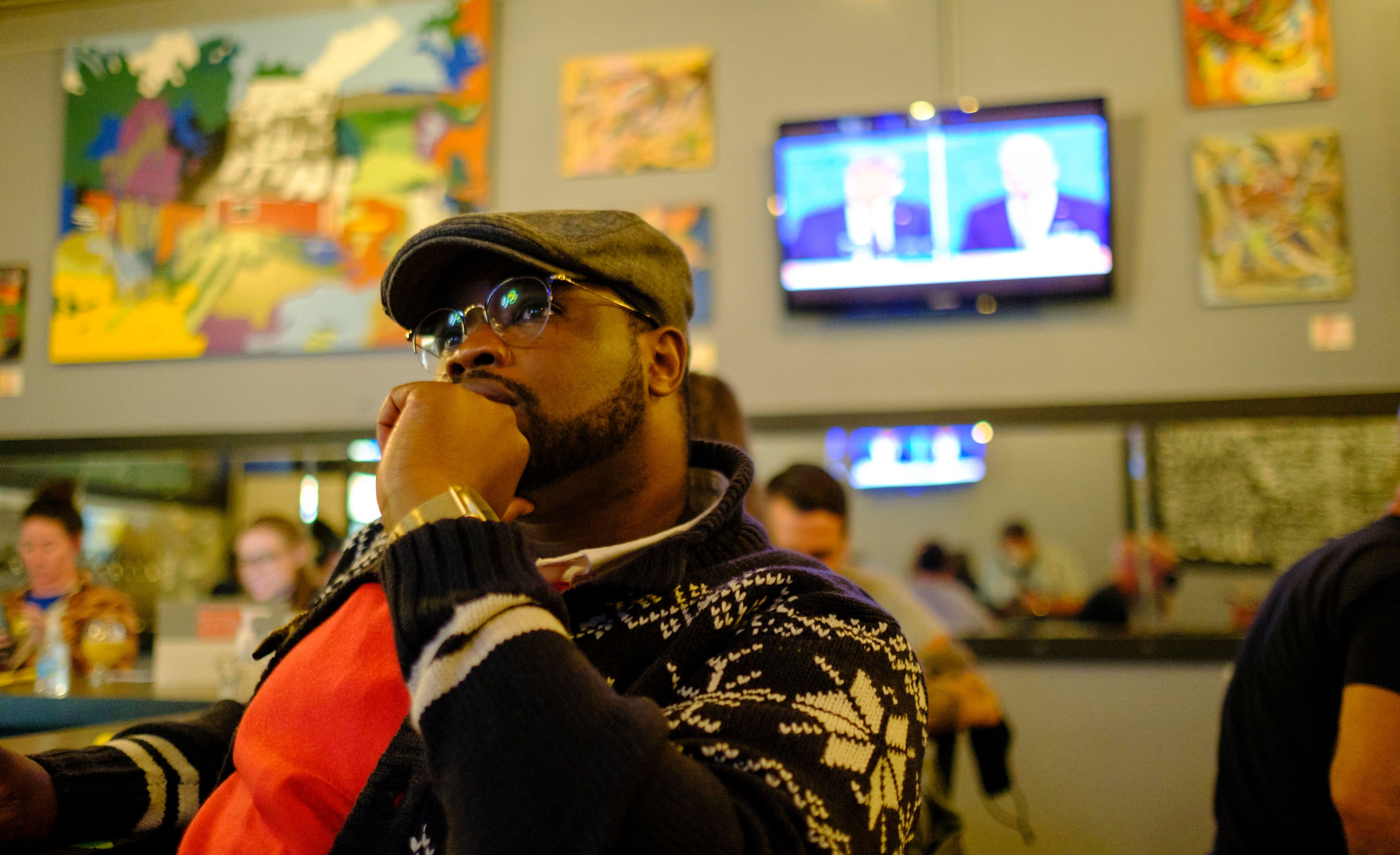 A resident of Indiana watches a presidential debate.

“And this style of politics will be one of Donald Trump’s great legacies – that it is very beneficial to say ridiculous things, employ horror strategies, abuse your opponents, and make all kinds of extravagant claims against them.

“It will be hard to believe that another type of showboating narcissist would not want to repeat that.”

Even if Mr Trump loses, he is unlikely to disappear from the public eye, and he will likely continue to build his base through his social media accounts, political experts say. And that is likely to affect public discourse and how future leaders rule after it.

“When Trump is alive and well, it’s hard to imagine he’s holding back,” Brandice Canes-Wrone, professor of public and international affairs at Princeton University in New Jersey, told the New York Times.

“And even without Trump, there are likely GOP presidential candidates who are popular with this wing of the party [Trump insurgents]. ”

But, says Mr Masket, Mr Trump will lose much of the power he wields against elected Republicans if he loses.

“While he’s still very vocal and they still do a lot of Twitter and talk and everything, I think a lot of Republicans would feel a little freer to essentially ignore him.”

Political experts say the next few leaders, particularly those from the Republican base, may be following aspects of Mr Trump’s leadership style.

“He’s going to leave a long stain on the Republican Party for his racism and xenophobia,” said Associate Professor O’Connor – allegations that Mr. Trump has denied.

“So this will be a common legacy that Republicans will have to reckon with.” 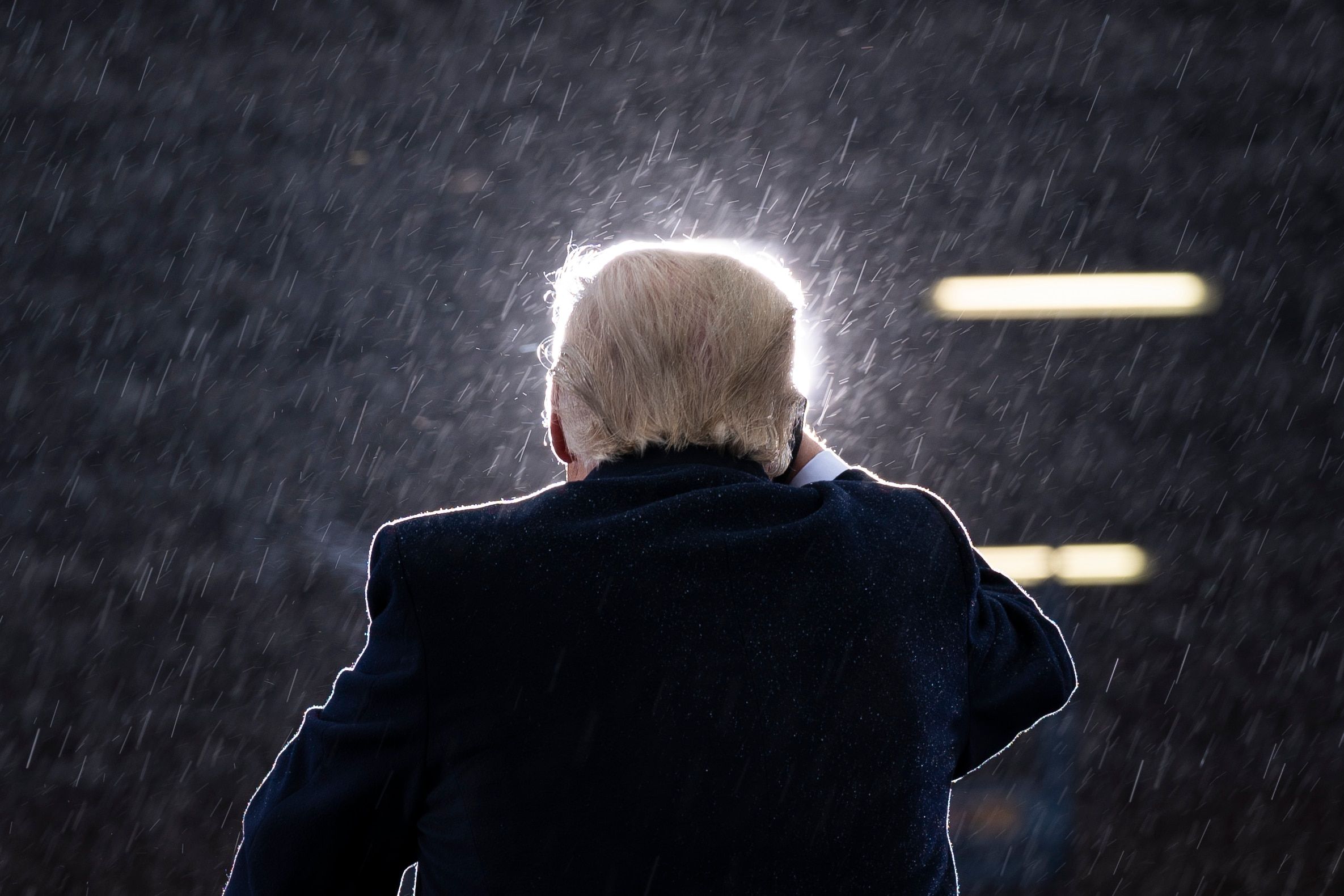 Donald Trump during a campaign in Lansing, Michigan.

“And I think it’s quite likely that there will be future candidates who will camp in Trump form. We probably can’t see them because they may come from outside the chosen policy. ”

Mr Trump’s strategy in 2016 was so successful that it has been replicated in several races in Congress since then, he added.

“Many people who took the Trump path and relied on a similar voting basis that Donald Trump received in 2016 for the Republican nomination have been quite successful and became party candidates.”

Mr Masket says the level of rudeness in politics that worsened during the Trump era could persist.

“We see at least some evidence that Republicans have largely followed his example, and so far, at least, they have not lost many elections. I don’t know that they see that there is a great political price to be paid for going this route.

“Things could get even grosser.”

And it might not be the end of Mr Trump trying to win back the White House.

One thing is certain, if Mr Trump wins, Trumpism is certainly not going anywhere.

These were the details of the news Do you think a Trump defeat will mean the end of... for this day. We hope that we have succeeded by giving you the full details and information. To follow all our news, you can subscribe to the alerts system or to one of our different systems to provide you with all that is new.