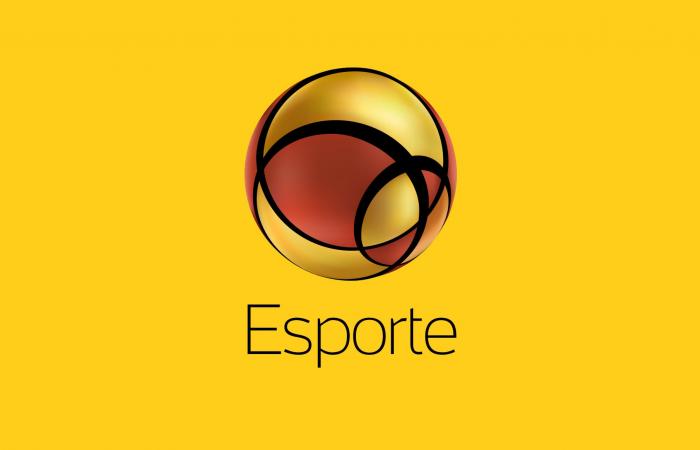 Fluminense defeated Fortaleza 1-0, today (31), for the last round of the first round of the Brazilian Championship. In a game few offensive opportunities created, the team from Rio took advantage of a mistake by the defense of Ceará, won the second consecutive triumph and broke an unbeaten record of 12 matches from Ceará. Wellington Silva scored the winning goal.

With the result, Fluminense is guaranteed in fourth place until the end of the 19th round and reaches the goal of finishing the first round in the G-4. The tricolor team has 32 points and is next to Atlético-MG – the leader is Internacional, with 35. São Paulo is five points behind, in fifth place, and at the moment they have four games less in the classification table in relation to to Tricolor carioca.

Fortaleza remains in eighth place, with 24 points, and is three of the G-6. Rogério Ceni’s team, which was just eliminated by São Paulo in the Brazil Cup, lost the chance to sleep in the qualifying zone for Libertadores.

Hudson was the pillar of Fluminense’s tactical system at Castelão. The midfielder organized the marking on the ball out of Fortaleza and, with good passes, still led the team from Rio in offensive attacks.

Caio Paulista tries, but misses a lot and is the first drawer

Fluminense had no performance inspired by Castelão. From the middle to the frenetic, the team was bureaucratic and created little. Despite having tried a lot while on the field, Caio Paulista missed most of the moves and, if he was willing, showed that he is slightly below his teammates technically. Maintained by Odair Hellmann in the starting lineup, shirt 70 was the worst in Flu and ended up being replaced by Wellington Silva.

Coach Odair Hellmann had to work for Fluminense, as he lost three important players after the victory over Santos by 3 to 1. Defensive midfielder Dodi and striker Fred were suspended for the third yellow card. Nenê was out because of a muscle injury.

Fluminense haven’t known what defeat is for some time. Odair Hellmann’s team has been unbeaten for eight matches – three draws and five wins. Tricolor’s last setback happened on September 20, against Sport, in Ilha do Retiro.

Fortaleza said goodbye to the greatest unbeaten record in Serie A. Rogério Ceni’s team had not lost 12 games – 10 of them for the Brasileirão. The last defeat had happened on September 5 to Flamengo at Maracanã. After that, the team from Ceará won four times and drew six with Nacional. And he still got two more equalities in the Copa do Brasil – he was eliminated by São Paulo on penalties.

Fluminense had one more in the field for more than 30 minutes. Defender Roger Carvalho, from Fortaleza, was sent off in the 12th minute of the second half for a foul on Felippe Cardoso. In a ball retreated from the left side to Felipe Alves, Roger Carvalho knocked the center forward, who ran to intercept the pass. Referee Marielson Alves Silva considered it was a dangerous game and applied the red card.

The first half came to cause sleepiness of so little creativity from both teams. Fortaleza startled only in a set piece in the third minute, with Muriel avoiding the danger after heading Gabriel Dias. Fluminense gave more work to the opposing goalkeeper. Michel Araujo, at 10 minutes, forced Felipe Alves to make a good save in a header.

At 14 minutes, Flu’s first good chance, ball stolen in midfield. Caio Paulista starts in the middle and fires Ganso, who kicks from the entrance to the area for easy defense by Felipe Alves. The Fluminense only returned to create danger to the 42min in a kick of the entrance of the Hudson area. But Felipe Alves did the defense well in two halves in the middle of the goal.

In the final stage, the situation did not change much. With the expulsion of Roger Carvalho on 12 minutes, Fortaleza did not offer much danger. Fluminense, in turn, was persistent. He had a good chance on 28 minutes, with Luccas Claro deflecting a Danilo Barcelos cross out. Two minutes later, however, Fluminense took advantage of a failure on the right side of Fortaleza’s defense to score. After hit-and-shoot, Wellington Silva got the ball inside the box and tried to cross. The ball deflected in Gabriel Dias and entered the right corner of goalkeeper Felipe Alves.

Goals: Wellington Silva, 30 minutes into the second half

These were the details of the news Fluminense breaks Fortaleza’s unbeaten series and “closes shift at G-4” –... for this day. We hope that we have succeeded by giving you the full details and information. To follow all our news, you can subscribe to the alerts system or to one of our different systems to provide you with all that is new.