COVID-19 is spreading faster and further in households than previously thought:... 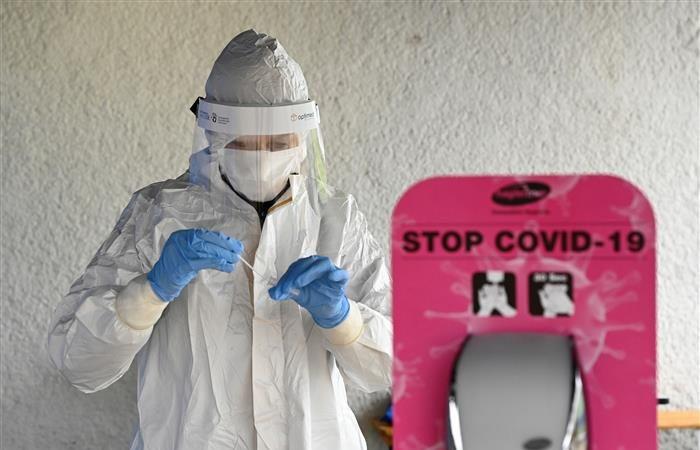 The transmission of the novel coronavirus in households is high, rapid and can come from both children and adults, according to a new study that examined 101 homes in the United States.

Preliminary results of ongoing research, published in the journal Morbidity and Mortality Weekly Report, showed that 51 percent of other people who lived with someone who was positive for COVID-19 also became infected.

“We found that multiple infections were quickly discovered after a first household member became ill,” said Carlos G. Grijalva, co-author of the study and associate professor of health policy at Vanderbilt University Medical Center in the United States.

“These infections came on quickly, regardless of whether the first sick member of the household was a child or an adult,” said Grijalva.

According to the study, at least 75 percent of secondary household infections occurred within five days of the first person in the household showing symptoms.

It was also found that less than half of household members had symptoms when they first tested positive, and many reported no symptoms during the seven-day daily follow-up period.

“In the absence of an efficient approach to identifying infections without considering symptoms, these results suggest that imposing isolation measures immediately as soon as a person feels sick could reduce the likelihood of household transmission,” the researchers wrote in the study .

Citing the limitations of the study, the scientists said the original household member who started showing symptoms was considered the index patient in the study, while other household members may have been infected at the same time but developed symptoms or remained asymptomatic at different times.

However, the researchers believe the results still underscore the potential for transmission through symptomatic or asymptomatic contact with household members and the importance of quarantine.

“Because isolating people with COVID-19 immediately can reduce household transmission, people who suspect they may have COVID-19 should isolate, stay at home and use a separate bedroom and bathroom if possible,” said the Scientist.

“Isolation should begin before testing is done and before test results are available, as delaying isolation until infection is confirmed could miss an opportunity to reduce transmission to others,” they wrote in the study. – PTI

These were the details of the news COVID-19 is spreading faster and further in households than previously thought:... for this day. We hope that we have succeeded by giving you the full details and information. To follow all our news, you can subscribe to the alerts system or to one of our different systems to provide you with all that is new.