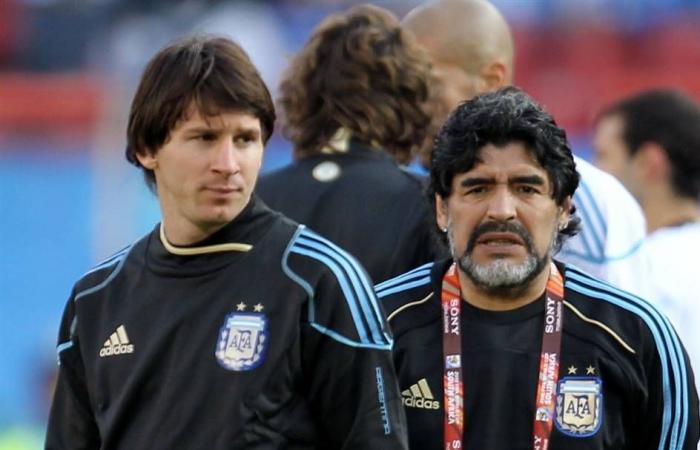 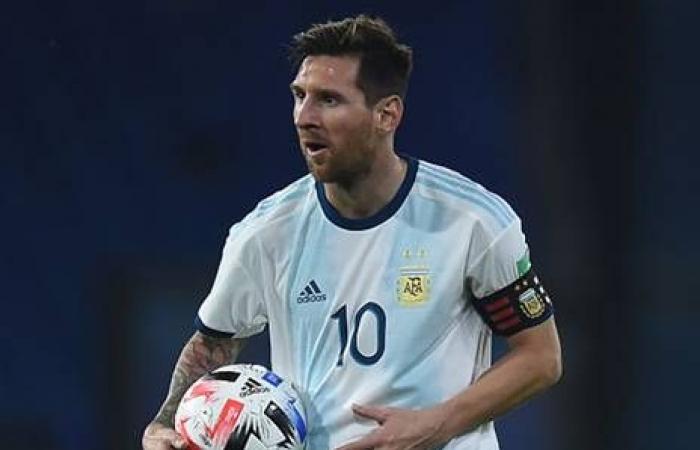 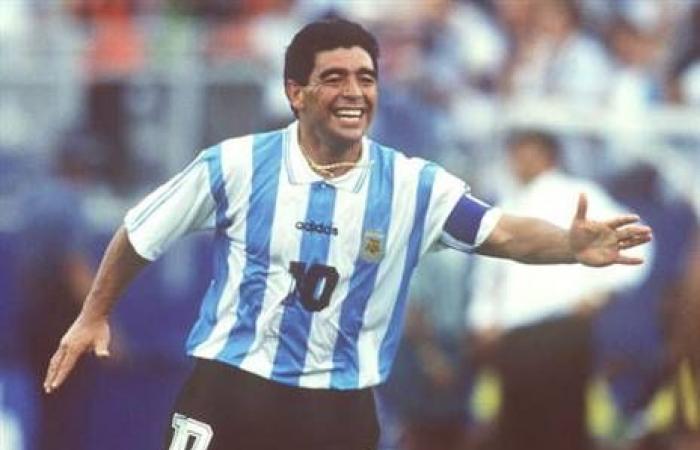 Is winning a World Cup bigger than a few wins in the Champions League, how much football has changed in recent years and perhaps the gap in personality at all? These are just some of the questions and arguments we often hear in order to decide the never-ending debate: Lionel Anders Messi or Diego Armando Maradona?

In honor of D10S ’60th birthday, we have compiled for you a collection of quotes from prominent figures in the world of football, who tried to answer the question – who will be remembered as the greatest thing that came out of Argentina?

Former Argentina international striker, Gabriel Batistuta: “Messi may be as technical as Maradona or maybe more than him, but he can not surpass him in charisma. For me, Diego is the greatest of them all. Maradona represents Argentina in many things, not just in football. Maradona’s charisma is not like Messi’s, Diego could “To run the stadium, everyone’s eyes were on him. I played alongside him and I can lick as he was crucial. He has a special aura.”

The legendary former Brazilian striker, Romario: “People are arguing over who is better, Maradona or Messi, but Maradona is as the best Dayan thanks to what he did with Argentina.”

As far as Pele He is the greatest of them all, but to decide between the two Argentines: “For me Maradona is one of the greatest footballers ever. If he was better than Messi? Much better.”

Juan Roman Riquelme Formerly considered Diego’s heir, he has often quarreled with him, but he does not let feelings affect his mind: “Maradona is unique, the best ever. I grew up on him and watching him warm up was enough to come home happy. He did things no one had done before.”

ZicoFormer Brazil star: “I think Maradona played more competitive football, he did a lot more for Argentina and won the World Cup. Maradona has always stood out in the big tournaments, even when Argentina was not in a superior position.”

Former Colombia national team star, Carlos Valdrama: “Nothing to compare, best Diego for once. Messi, without a doubt, an excellent footballer. But he is not Diego.”

The legendary Italian coach, Arigo Saki: “Messi is the best in the world today, but he does not have the personality of Diego. Maradona could have played anywhere. In Italy they did not play good football. Now it may have improved, but football is very difficult, ball possession is very difficult and yet Diego managed to make a difference in Spain and Italy “Nothing stopped him.”

Claudio Caniga, Who played for Maradona for several years for the national team: “It’s a difficult comparison, it depends on whether Messi wins the World Cup and how he does it. If he becomes a prominent figure like Diego in 1986, many think he can match him, but certainly not surpass him. “Maradona is the most amazing player I have ever seen, he is simply outstanding. It is true that Messi is more stable in some things, but what Maradona did, no one else did. Messi is a star, but the football world has not given us another player like Maradona.”

Oscar Roger, Who won with Maradona at the 1986 World Cup: “In training, Diego was number one. He would not only train with us, but would come back in the evening and train with the same intensity or more to be better. I think in personality and everything, Diego was bigger. “His tools are very guarded. It is impossible to approach him or touch his shirt without getting a yellow card. Diego was guarded by serial killers who would beat him.”

Diego Maradona Jr., The star’s son, was not really surprised: “Messi is a natural phenomenon, but no one is comparable to my father. Humans can not be compared to aliens. It can be said that Maradona is the football god and Leo is the best of humans. I’m sorry, but even “One will not reach the level of my father, it is impossible.” 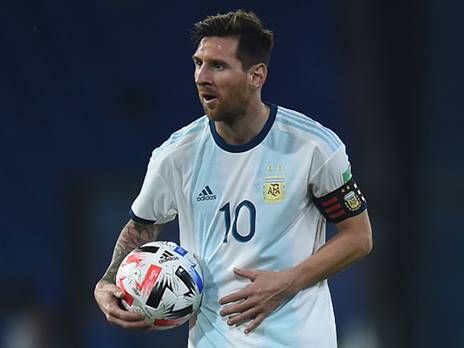 Messi, many support him (getty)

“Messi is a maradona of 86, every day” – the side of Leo
Sergio Ramos, Who knows Messi well from the Clasico games in Spain, praised his great opponent: “For me Maradona is a huge, star and I respect him very much. But in any case, Argentina know that Diego is light years away from the best Argentine footballer, who for me is Leo Messi.”

Former Barcelona star, Hristo Stoichkov The Bulgarian: “Messi is a star and a legend, it is difficult to compare him to others. No one has won what he has won – six gold medals, five gold shoes and an outstanding World Cup 2014. Argentina has very few players who were better in the World Cup. Camps in World Cup 78, Maradona in 86 “And Messi in 2014. No one will get what Messi got. The Argentines always have this debate, ‘this or that.’ It’s not fair to compare periods and a mistake to compare Barcelona’s football to that of the Argentina national team.”

Italian past pioneer, Antonio Cassano, Who understands a thing or two in stability, or rather in its lack of it: “Maradona have done something never seen before in a parable of four or five years, but Messi has been doing the same thing for 15 years. More than 700 goals and 300 assists. When he plays, “His team is already 0-1. Maradona fans should admit it, there is someone better than him.”

Mario Camps, Who won with Argentina in the 1978 World Cup and finished as the tournament’s top scorer: “You can’t compare what Diego did then to what Messi is doing today. They say he lacks a World Cup? No! Why? Di Stefano did not win the World Cup and not many players. It’s nonsense, there is faith “Diego is God. But there is only one God. Diego was Diego, and Messi has no reason to be jealous of him because he has not won a World Cup.”

Inter star and former Uruguay national team, Albero is rotten: “Messi is the best of all time, with all due respect to Maradona. He’s on my time, and the truth is I saw Maradona play very little. He’s undoubtedly one of the greatest ever like Pele and others. So, 15 or 20 years from now, when Messi will not be an active player, They will compare him and in my opinion he will be the greatest of all time. “

Diego Simeone, Who has conceded quite a few goals from Messi as Atletico Madrid coach: “Maradona flooded us with emotions, but Messi is more decisive. How many times has he won the championship, the Champions League and the Club World Cup? It would seem like I do not appreciate one if I choose the other, but between the two stars I “Choose Messi. He only needs a World Cup, he won everything at the age of 24. Messi is definitely better.”

Former English footballer, and current commentator, Gary Lineker: “I never thought I would say he was a better player than Maradona, but honestly, for a number of reasons, I think Messi surpassed him. He can do whatever Maradona did, and does it more often and consistently.”

The Legend of Milan, Paolo Maldini: “Messi makes the difference. I think he reached the level of Maradona, and also passed it.” 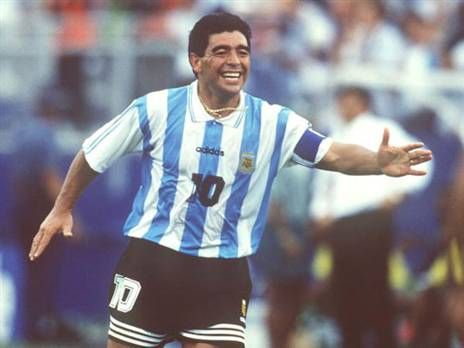 Maradona, many others continue to support his side (getty)

And what do you think? Vote in the poll!

These were the details of the news Messi or Maradona: Who is the greatest Argentine player in the... for this day. We hope that we have succeeded by giving you the full details and information. To follow all our news, you can subscribe to the alerts system or to one of our different systems to provide you with all that is new.