Sindika Dokolo, husband of Isabel dos Santos and one of the... 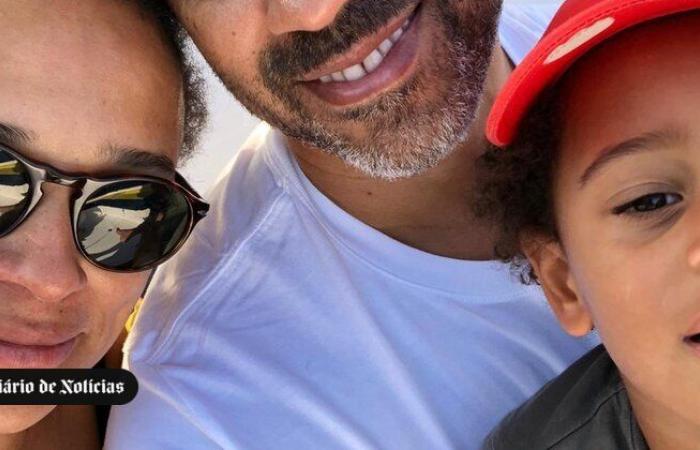 Sindikja Dokolo, husband of Isabel dos Santos and an art collector, died this Thursday, at the age of 48, in Dubai, where she currently lives with her family.

“It was during a submarine dive that you left for eternity. A habitual activity that took you away from your combat, from your neighbors. Rest in peace,” confirmed Michée Mulumba, assistant to the current president of the Democratic Republic of Congo, Felix Tshisekedi

This Thursday, Isabel dos Santos left a message on Twitter with only one caption: “My Love” (“my love”).

Sindika Dokolo was born on March 16, 1972 in the former Zaire, today Democratic Republic of Congo, and is one of the three children of Augustin Dokolo, founder of the Bank of Kinshasa, and his second wife, the Danish Hanne Kruse. He has two older brothers from his father’s first marriage.

It was with Augustin Dokolo, one of the richest men in Africa, who learned to like – and collect – art. I was 15 when I started.

He created a Foundation with his name designed to bring together works by African artists. and had one of the largest African art collections, with more than 3,000 works of art.

Thus he told of the birth of that institution. “O [curador] Fernando Alvim went to have my house looking for my wife to buy Hans Bogatzke’s collection. My wife was not there, I was alone, I opened the door and Alvim started talking. He said there were 500 works and said he didn’t have the money for it. He asked “how much money do you have” and the amount was perhaps ten pieces. He called and asked if we could pay “x”. The lady said nothing. After ten seconds he said “OK. When can you come?”

In 2015, hours before the opening of an exhibition where works from his collection were shown, in Porto, he explained to DN that it made sense “having a collection in line with what is happening on the African continent, that is, relevant, with new, young artists, with current, universal and more specific issues on the African continent, such as the situation of women, religious issues, freedom, politics, society. This is all that interests me to explore through partnerships with artists “.

One of his projects was to work on the collection left to him by his father, which brought together objects from Tribal Art, a concept he never liked, preferring to call it classic art, and within these pieces by the Chokwe.

Sindika Dokolo defended the restitution to African countries of the works that are spread around the world and that came out in colonization contexts. “We have a heritage to circulate around the world that left Angola in a completely illegal way. I decided to make it my next workhorse”, he stated.

In February 2016, still with José Eduardo dos Santos as President in Angola, the Sindika Dokolo Foundation handed over to the head of state, at the Presidential Palace, in Luanda, two masks and a statuette of the Chokwe people (eastern Angola), who they had been plundered during the armed conflict, recovered after several years of negotiation with European collectors.

In October last year, its Foundation bought and repatriated to Angola 20 pieces of art that had been taken from Angolan museums to foreign collections and prepared to deliver to the Kinshasa museum the first recovered Congolese piece, according to an interview granted at the time. to the Lusa agency.

After an exhibition at the Almeida Garrett gallery, in the gardens of the Palácio de Cristal, Sindika Dokolo and the Porto Chamber signed an agreement to show works from her collection and purchase of Casa Manoel de Oliveira, for almost 1.6 million euros. It should be the headquarters of the Sindika Dokolo Foundation in Europe.

Sindika Dokolo grew up between Kinshasa, Belgium and Paris, where she attends university. He studied economics, languages ​​and commerce.

In 1995, he returned to the Democratic Republic of Congo and began to familiarize himself with his father’s business. The war takes him to Angola. He explained it this way in 2015: “When I arrived in 2000, I was fleeing the war in Congo and I needed to say” I’m hungry “,” I need to go to the embassy “, it was the strength of the circumstances … I didn’t speak, but I have intensive training at home “, he said, remembering the marriage with José Eduardo dos Santos’ daughter, in 2002. They have four children.

Earlier this year, her name and that of the woman appeared in several documents released by the so-called Luanda Leaks, an investigation that covered a series of transfers to offshores of funds belonging to the Angolan state, which is currently under investigation in Angola and Portugal.

The businessman and Isabel dos Santos were the subject of seizure of assets and stakes in companies, in December last year, by determination of the Provincial Court of Luanda.

Critic of the nearly 20 years of President Joseph Kabila’s regime in the Democratic Republic of the Congo, Sindika Dokolo spent about five years in exile due to the lawsuits brought against him in Kinshasa, having only returned in May 2019, already after he came to power Félix Tshisekedi, who took office as Congolese head of state in January.

In the Diário de Notícias dozens of journalists work every day to make news, interviews, reports and analyzes that ensure accurate information for readers. And it has been like this for over 150 years, as we are the oldest national newspaper. In order to continue to do this “service to the reader“, as our founder wrote in 1864, we need your support.

These were the details of the news Sindika Dokolo, husband of Isabel dos Santos and one of the... for this day. We hope that we have succeeded by giving you the full details and information. To follow all our news, you can subscribe to the alerts system or to one of our different systems to provide you with all that is new.