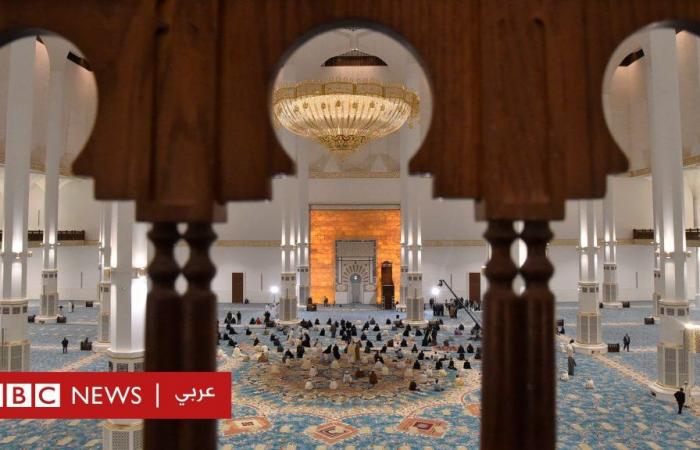 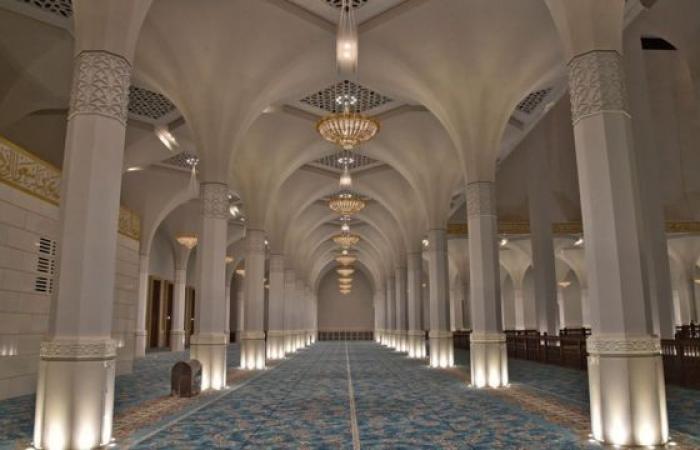 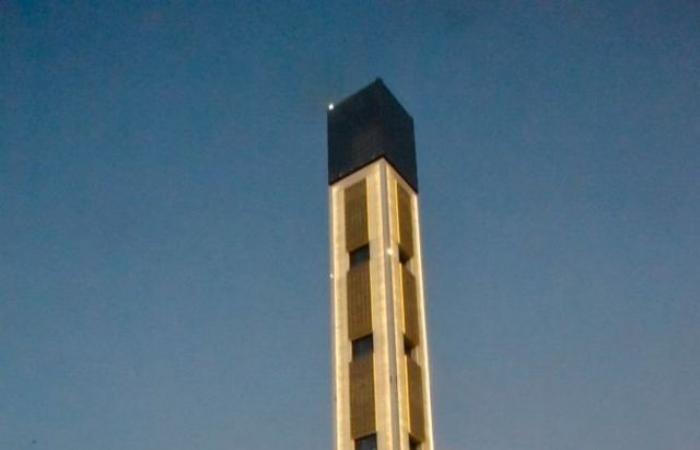 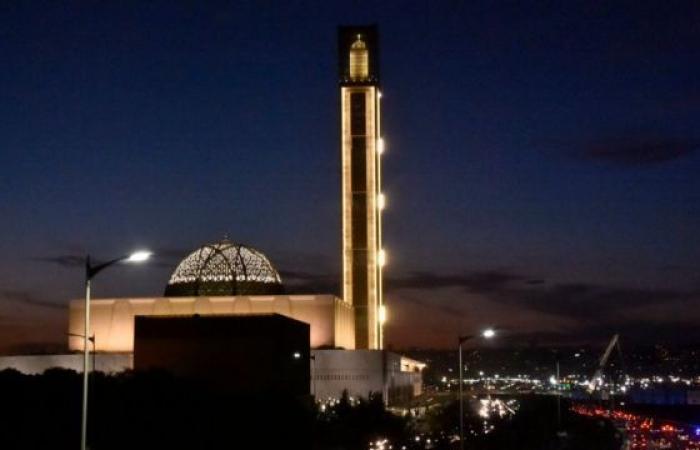 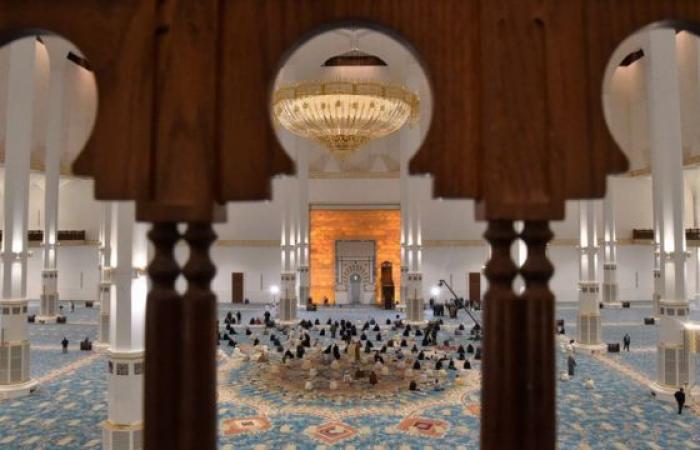 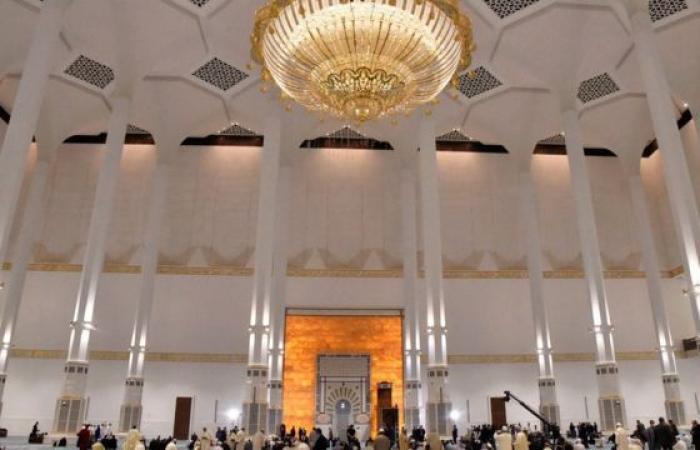 The prayer hall in the “Great Mosque of Algeria” was opened, on Wednesday evening, on the occasion of the anniversary of the Prophet’s birthday, provided that the remaining facilities will be opened to visitors, after the end of the Corona pandemic.

The Algerian Prime Minister, Abdelaziz Jarad, participated with local government and religious figures, and ambassadors of Islamic countries, in performing the evening prayers in the mosque, in the absence of the President of the Republic, Abdelmadjid Tebboune, who is in Germany after being infected with the Coronavirus.

The construction of the mosque began in 2012, during the era of the resigned Algerian President Abdelaziz Bouteflika, and was completed a year and a half ago.

The huge religious edifice extends over an area of ​​more than 27 thousand hectares, making it, according to the Chinese company supervising its construction, “China State Construction Engineering”, the largest in Africa, and the third in the world after the Prophet’s Mosque and the Grand Mosque in Saudi Arabia.

The base of the mosque can accommodate about 120,000 worshipers, and its minaret is 267 meters high, and can be seen from all parts of the Algerian capital, and the minaret consists of 43 floors, and can be accessed by elevators.

The interior of the mosque is decorated with Arabic calligraphy panels made of marble, marble and wood, with an Andalusian character. It is furnished with blue carpets with floral motifs, with a traditional Algerian character.

The edifice includes 12 buildings, including a library containing one million books, a lecture hall, a museum of Islamic art and history, a center for research on the history of Algeria, as well as gardens and water fountains.

And overseeing the performance of the prayers five imams and five muezzins, as a member of the Association of Muslim Scholars Kamal Schatt told “Agence France Presse.”

Shakat said that the mission of the edifice will be “to organize fatwas and coordinate them with the lived Algerian reality, and for the Algiers Mosque to become a place to fight all forms of extremism, religious or secular.”

The inauguration comes on the day of the Prophet’s birthday, amid the ongoing debate in France about Islamic extremism, and popular anger in Algeria and other Arab and Islamic countries over the position of the French President, Emmanuel Macron, about the re-publication of caricatures of the Prophet Muhammad in the magazine “Charlie Hebdo”.

Thus, the new mosque appears to be a response to official French positions, especially that it was built in the Muhammadiyah region, the place that during the colonial era (1830-1962) the French was called “Lavigre”, in reference to the Archbishop of Algeria, Charles Lavigerie, the leader of missionary campaigns to impose Christianity On the Algerians.

Hamad Al-Otaibi, publishing director at the “Sufi Philosophical Library”, says that the mosque “symbolizes the failure of the Christianization project and the steadfastness of Algerians in their religion.”

Despite its symbolism, the construction of the project sparked controversy in Algeria, because its construction took more than seven years, in addition to its cost, which amounted to more than $ 1.5 billion, funded by the public treasury.

Supporters of the project believe that the controversy over the costs is a French media campaign led by secular parties in Algeria.

The current president, Abdelmadjid Tebboune, when he was Minister of Housing under Bouteflika in 2016, said, “A French company is the one who incited some French media outlets against Algeria after it failed to take the project.”

“France Press” spoke to Saeed bin Mahdi, a father of two unemployed young men, who expressed his complaint about the project, saying that he wanted the state to “build factories and make the youth work,” especially since “there is a mosque in almost every neighborhood.”

According to a professor of sociology, Belkhadr Mezouar, the religious edifice was “not built for the people”. Rather, Abdelaziz Bouteflika wanted through it “to compete with the Moroccan neighbor, and to include it as an achievement in his CV.”

The minaret of Hassan II Mosque in Casablanca in Morocco was the highest in the world (210 meters) so far.

Nader Djarmoun, a university professor specializing in urbanization, explained to “France Press” that the mosque “is in a bad location because it is isolated from the real needs of the city in terms of infrastructure,” but he notes that the modern design of the monument “will serve as a model for future architectural projects.”

These were the details of the news The Great Mosque of Algiers: Opening due to popular anger from... for this day. We hope that we have succeeded by giving you the full details and information. To follow all our news, you can subscribe to the alerts system or to one of our different systems to provide you with all that is new.