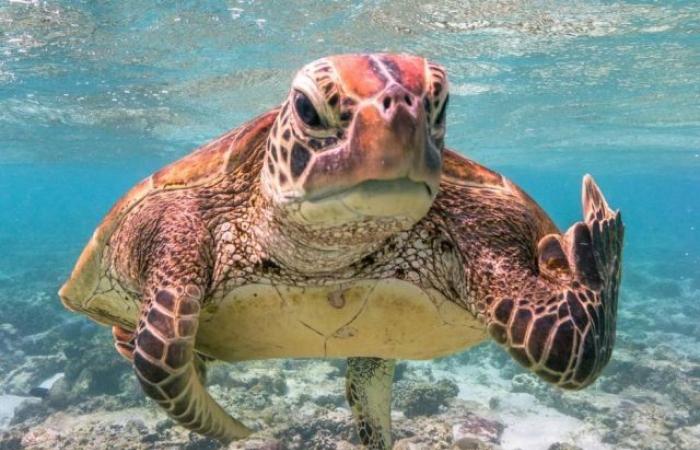 The image of a turtle that appears to have been caught showing the “middle finger” to the photographer has gained worldwide fame and won the funniest photo award of 2020 in the Comedy Wildlife Photography Award.

The announcement of the award was made this Tuesday (27). The award was created in 2015 and aims to draw attention to the need to preserve the environment and wildlife from the laughter caused by funny pictures of animals with strange poses or in “embarrassing” situations.

The photo of the turtle was captured by Mark Fitzpatrick, in Australia, and he said the animal even got a name.
“I hope Terry, the turtle (as the animal was called), can encourage more people to stop for a moment and think about how much our wildlife depends on us and what we can do to help them,” said Fitzpatrick in a statement. sent by the competition.

In addition to winning the main category of the award, the photo also won the category ‘underwater creatures’.
The champion photographer of the main category won a safari and a week in Kenya, as well as a handmade trophy in an art gallery in Dar es Salaam, capital of Tanzania.

The Comedy Wildlife Photography Award also awarded the Roland Kranitz record, which shows a rodent that appears to be singing opera (see image below) in the popular vote category. The photo of a dragonfly hiding, by Tim Hearn, won in the “flying creatures” category.

For this year’s award, there were more than 7 thousand entries and 44 photos reached the final. The 2021 edition of the award will begin receiving entries from March next year.

These were the details of the news Turtle showing “middle finger” wins world photo contest for this day. We hope that we have succeeded by giving you the full details and information. To follow all our news, you can subscribe to the alerts system or to one of our different systems to provide you with all that is new.