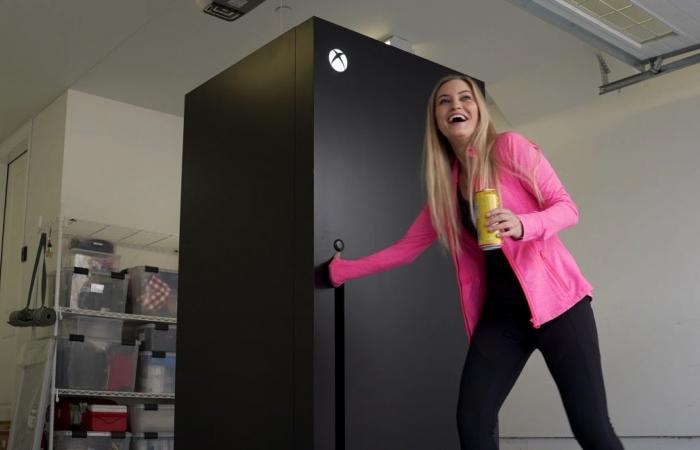 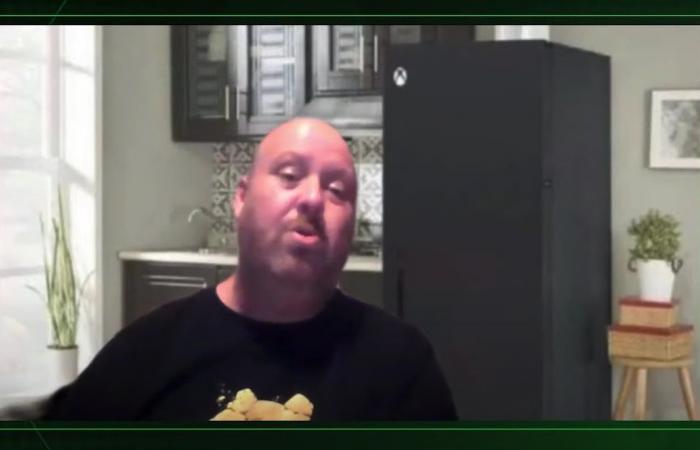 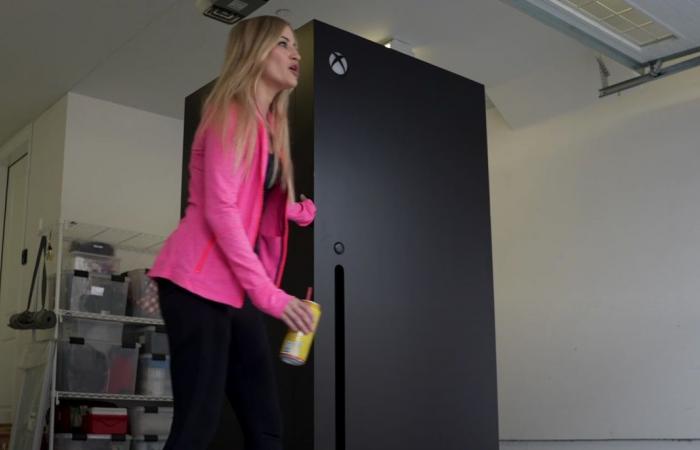 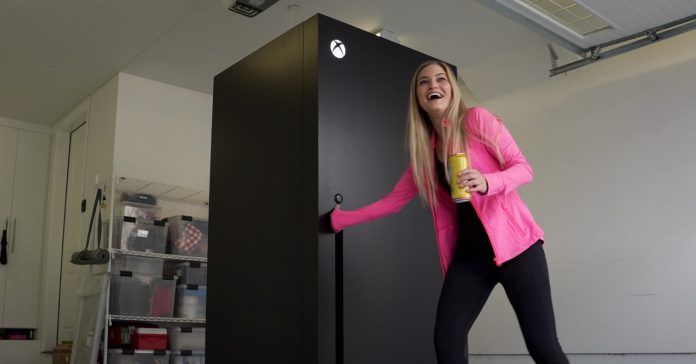 The refrigerator that is an Xbox

Convinced that there is nothing better than humor to make your community bigger, in Microsoft they have taken to heart that considering their console as a refrigerator. They did it first with a live broadcast, where Aaron Greenberg appeared in front of his webcam with a Large Xbox it took a great place in her kitchen. 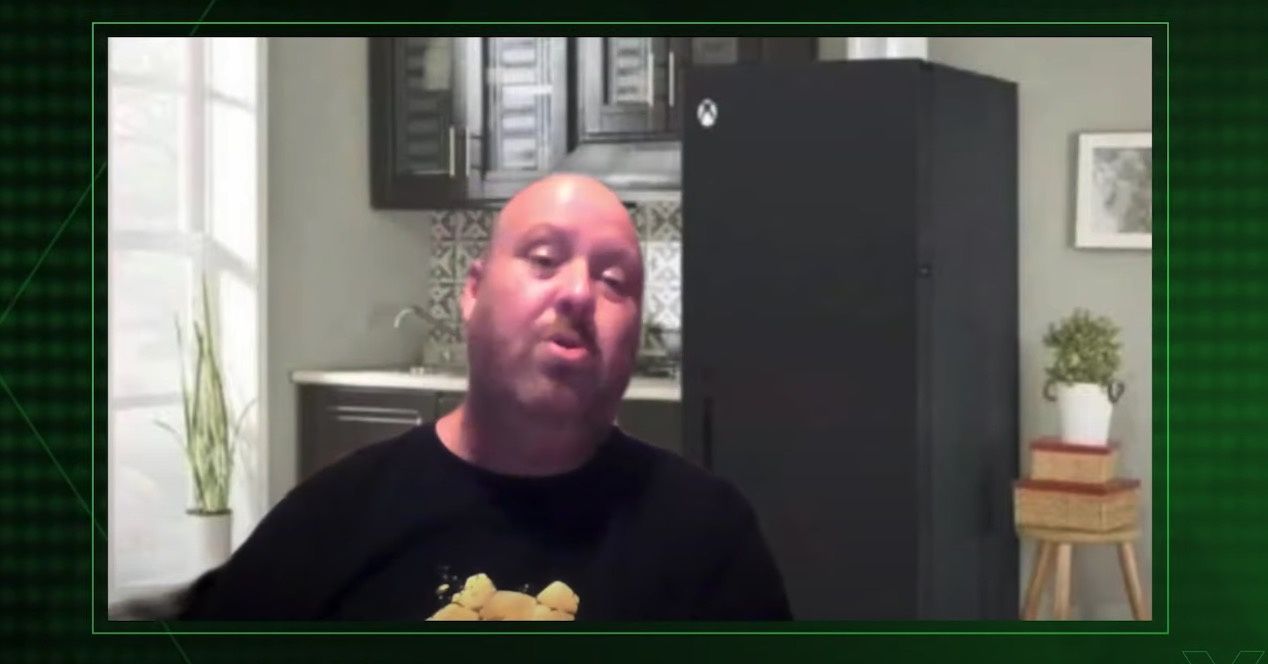 The joke was about an image that came to life through a Chrome, but the final trick has gone further, and in Redmond they have decided to create a real and fully functional refrigerator with which to surprise. Well, they are not one, but three refrigerators. 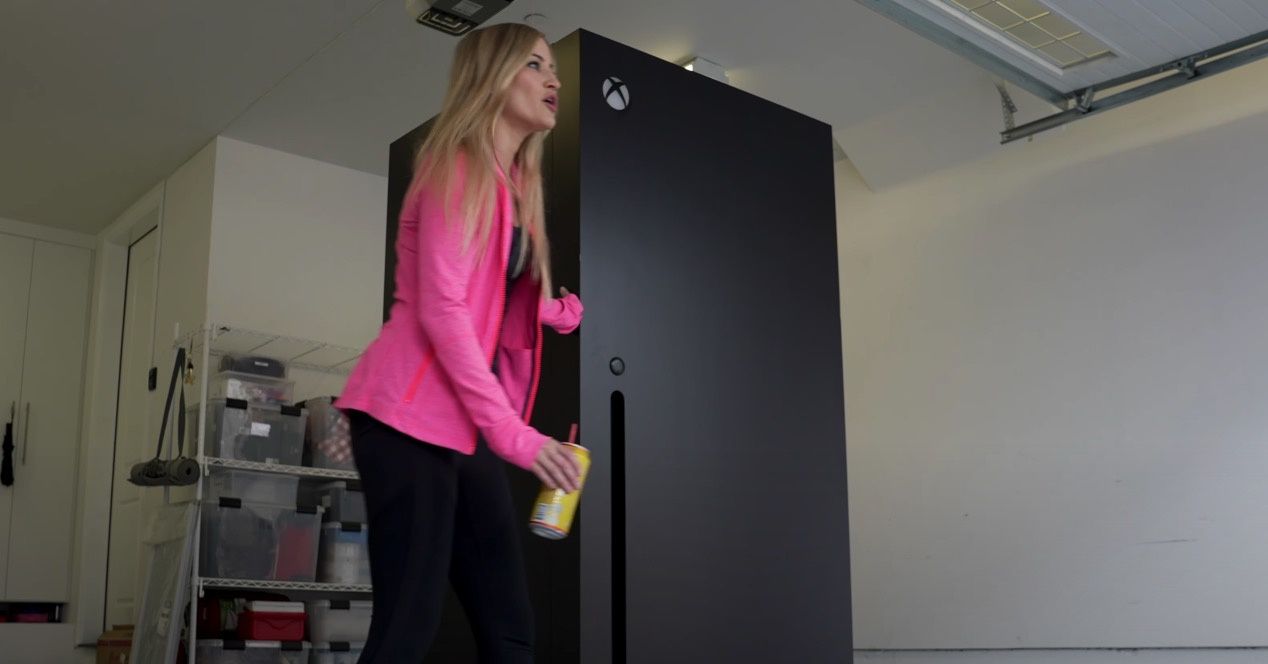 With the idea of ​​promoting the launch of its new console, Microsoft has sent two refrigerators to two internet celebrities with which to further program the Xbox Series X message. One of the people who has received the refrigerator is iJustine. The famous YouTuber, received in the garage of her house a spectacular box that imitated the original packaging of the console, with the peculiarity that a gigantic Xbox Series X was hidden inside.

The best came when plugging in and opening the console, as it was a generous refrigerator that once opened played the Xbox Series X startup sound, while lighting the interior with green Xbox lights. Isn’t it cool?

The other person who has received another of the special figurines is Snoop Dogg. In this case, the rapper, who is known for his taste for video games and Xbox, received the refrigerator as a congratulations on his birthday, hence inside he had a cake, juices and gins in honor of his song Gin & Juice.

We know that Snoop Dogg has one of these refrigerators because the rapper published it on his Instagram account, and although he quickly deleted it, the networks did not take long to replicate the publication so that no one would miss it. Taking into account that the refrigerator appears in a completely green background for what could supposedly be the recording of a video, we may be facing some kind of scene from a future video clip or something similar.

And what about the third refrigerator? As we can see in the video published by iJustine, it seems that Microsoft wants to avoid the third refrigerator among US users, so someone could end this collectible piece that, like all viral success, began with a joke and now it is more than an object of desire.

*The article has been translated based on the content of Source link by https://eloutput.com/noticias/videojuegos/xbox-series-x-frigorifico/
. If there is any problem regarding the content, copyright, please leave a report below the article. We will try to process as quickly as possible to protect the rights of the author. Thank you very much!

These were the details of the news Xbox Series X becomes a refrigerator (for real) for this day. We hope that we have succeeded by giving you the full details and information. To follow all our news, you can subscribe to the alerts system or to one of our different systems to provide you with all that is new.