the Thomas question, Haouas’ revenge … the keys to the match 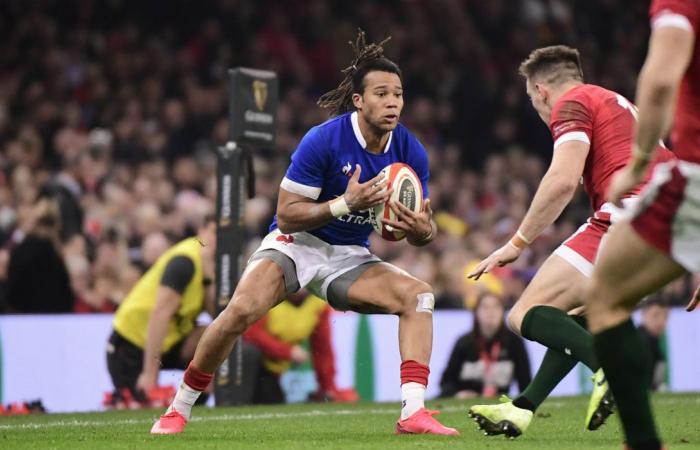 Eight months to the day or almost have passed but the memory of the feat of the XV of France in Cardiff (27-23), on February 22, is still present in people’s minds.

Before concluding the VI Nations Tournament against Ireland next Saturday, the Blues meet Wales this Saturday in a friendly at the Stade de France in Saint-Denis. The opportunity for the group led by Fabien Galthié to relaunch the machine and find automatisms after a start to the season upset by the coronavirus epidemic.

Clinically efficient when it comes to sprinting to flatten into the opposing endpoint, Teddy Thomas does not really show the same involvement in defense and especially in this “rush defense” set up by Shaun Edwards. In difficulty since the start of the season with Racing, the winger was even excluded from the group for the Champions Cup final lost against Exeter (31-27). However, Fabien Galthié and the staff of the XV of France have chosen to renew their confidence in him after leaving him at home against during the setback in Scotland (28-17) on March 8. This duel against the Welsh could give him the opportunity to settle in the long term.

“We start him because he had a very good week, we know his career, his strengths and he has a lot to bring to the France team,” recalled the French coach to the press. And under the jersey flanked by the rooster, the statistics of Teddy Thomas plead in his favor. In 19 caps, the 27-year-old winger has scored 11 tries. It remains to be seen which face will display the arrow of Racing against the XV du Leek, the elusive striker or the defender in difficulty.

Haouas and the melee expected at the turn

Expelled against Scotland following a nasty punch, Mohamed Haouas once again enjoys the favors of the staff of the XV of France. Tough, the 26-year-old pillar will undoubtedly be keen to be forgiven for his blow from Murrayfield. This test match against the Welsh will also give him the chance to forget his extra-sporting problems in Montpellier.

The right pillar was thus sanctioned by the MHR at the start of the season and even saw his ethics bonus jump because of his behavior. Cropped in club, “Momo” Haouas must speak his power against the Welsh pack.

“Momo Haouas benefits from our confidence in this first match, recalled Raphaël Ibanez, manager of the Blues, before the match against the Welsh. Momo’s path is tortuous. In view of the confidence we have in his manager, Xavier Garbajosa who did not hesitate to take his responsibilities, and reading the data on the training he has accomplished, we have good reason to believe that he can still give for the XV of France. It is a stake for we, the technical staff, but also for him. “

In the wake of the Hérault, the whole fray will have to respond this Saturday on the lawn of the Stade de France after being targeted by the Welsh in February. Faced with talented but still inexperienced forwards (14.5 selections on average), the Leek pack will try to push through the French conquest. Alun Wyn Jones alone has more capes than all the forwards of the Blues. But as experienced as it is, the second line of Wales had cracked against the superb French defense last February. This Saturday, the “big” of the XV of France will have a good card to play.

Physical freshness, the key to success

Maintained after tough negotiations between the FFR and the LNR, this match between France and Wales will above all serve as a warm-up before the next deadlines. By December, the Blues will be entitled to a very busy schedule with six scheduled matches against Ireland then Fiji, Scotland, Italy during the Autumn Nations Cup.

In order to tackle this international window as best as possible, Fabien Galthié and the French staff will have to spare their players and will want to avoid physical problems against the selection led by Wayne Pivac. After preparation and a start to the season greatly disrupted by the coronavirus epidemic, the physical level of the players could raise some questions and fears. Gaël Fickou, for example, will start just six days after playing in the Top 14 clash between Clermont and Stade Français. A lack of freshness are some players from Racing or Toulon could accuse after their defeats in the Champions Cup or European Challenge final.

But even for a match without real stake, the players of the XV of France do not lack ambition before challenging the Welsh. Charles Ollivon was quite clear on this subject: “It’s a match against Wales, it’s an international match, hammered the captain of the Blues. It’s a test match, in any case, we know the opponent, we know the intensity they will present us on Saturday so there will be a lot of commitment and intensity on our part. “

Preparation truncated or not, capital duel against the Irish or not, this match between France and Wales promises to be explosive. The promise of a superb show despite the closed doors imposed on Saint-Denis.

These were the details of the news the Thomas question, Haouas’ revenge … the keys to the match for this day. We hope that we have succeeded by giving you the full details and information. To follow all our news, you can subscribe to the alerts system or to one of our different systems to provide you with all that is new.