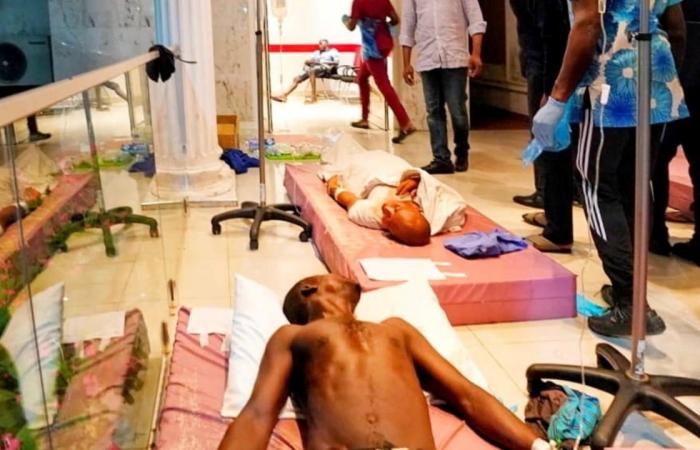 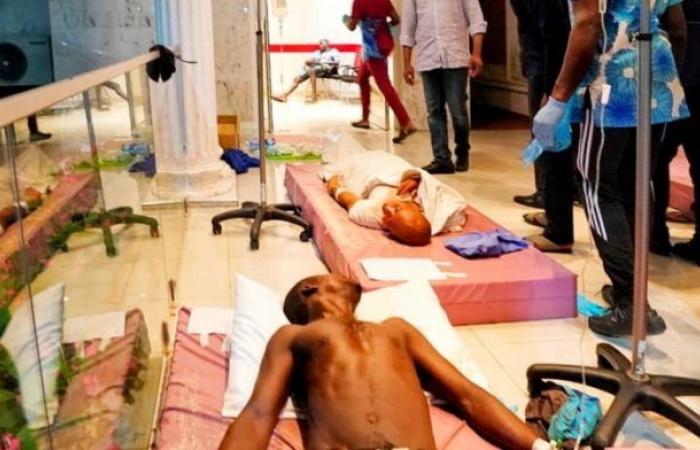 Nigeria wakes up in shock, the day after a “Black Tuesday”, “a bloody Tuesday”, as the newspapers headline, marked by an eruption of violence across the country and particularly in the megalopolis of Lagos. In this big city, the security forces brutally dispersed the young people demonstrating against the police violence, killing several people according to Amnesty International.

With our correspondent in Abuja, Liza fabbian

Many residents are sealed off at their homes in Lagos, a city – and state – of 20 million people where the curfew, in effect since Tuesday evening, has been extended for 72 hours. This Wednesday, looting and fires were reported in several neighborhoods, where many streets were blocked by makeshift roadblocks erected by angry gangs.

Banks and a toll booth were also set on fire in business districts, near where the security forces intervened Tuesday evening to disperse, with live ammunition, the demonstrators who had occupied a major axis for more than a week. The latter were protesting against police brutality and demonstrating for good governance in their country. The intervention of the police killed 10 people, according to Amnesty International. In total, the NGO identified at least 12 dead and hundreds injured in the crackdown on protests that took place across Lagos on Tuesday evening.

Several buses were also set on fire on Wednesday in a bus station in the north of the city, as well as the premises of a local television and the newspaper. The Nation. Men also targeted the palace of a traditional Lagos chief in the heart of the city.

But public buildings seem to be a prime target for these bands. The headquarters of the national port authority was burned down in the business district of Lagos, but also in the large oil town of Warri in the south of the country, where the port was blocked by dams of flaming tires.

Because it is not only in Lagos that the situation is volatile. Eight Nigerian states out of the country’s 36 are now under curfew. In the south-east of the country, flames escaped from the town hall of the city of Aba, yet protected by the civil defense and security, which is committed to defending public infrastructure.

In Edo State, where the curfew has been extended indefinitely, a police helicopter has been grounded by the population. The situation has been extremely tense since Monday in this state, where nearly 2,000 detainees have been released by gangs of thugs, according to the authorities.

The governor of Edo state said anyone stepping out on the streets should face riot police, who were deployed across Nigeria on Wednesday evening.

Despite this outbreak of violence, President Muhammadu Buhari has still not spoken publicly. Among the political reactions, we note that of the governor of Lagos, who spoke and posted photos of his visit to a hospital in the city. He confirmed the death of one person and officially reported about 20 injured. ” It’s the hardest night of our lives, a notamment déclaré Babajide Sanwo-Olu, forces over which we have no control have clouded our history “. The governor said an investigation would be opened following Tuesday night’s shooting at the Lekki tollgate, which took place two hours before the official start of the curfew in Lagos.

As for army officials, they refuse to comment on any intervention on their part in the megalopolis, despite numerous videos showing the soldiers in action near the meeting place plunged a few minutes earlier in absolute darkness.

But international condemnations are increasing. UN Secretary General Antonio Guterres called for ” the end of police brutality and abuse “. The head of European diplomacy Josep Borrell condemned the bloody crackdown on the demonstration. Just like the United Kingdom which, through the voice of its foreign minister Dominic Raab, said to itself “ extremely concerned By reports of protesters killed during protests in Nigeria, calling for ” end the violence And to launch an investigation into possible abuses by the police.

Democratic presidential candidate Joe Biden issued a statement on Wednesday asking ” President Buhari and the Nigerian military to end its crackdown on protesters in Nigeria, which has already caused many deaths ».

*The article has been translated based on the content of Source link by https://www.rfi.fr/fr/afrique/20201021-nigeria-lagos-toujours-en-proie-%C3%A0-la-violence-quatre-autre-%C3%A9tats-sous-couvre-feu
. If there is any problem regarding the content, copyright, please leave a report below the article. We will try to process as quickly as possible to protect the rights of the author. Thank you very much!

These were the details of the news after a “bloody Tuesday”, violence continues in Lagos for this day. We hope that we have succeeded by giving you the full details and information. To follow all our news, you can subscribe to the alerts system or to one of our different systems to provide you with all that is new.