A window on the conditions of the Arab world 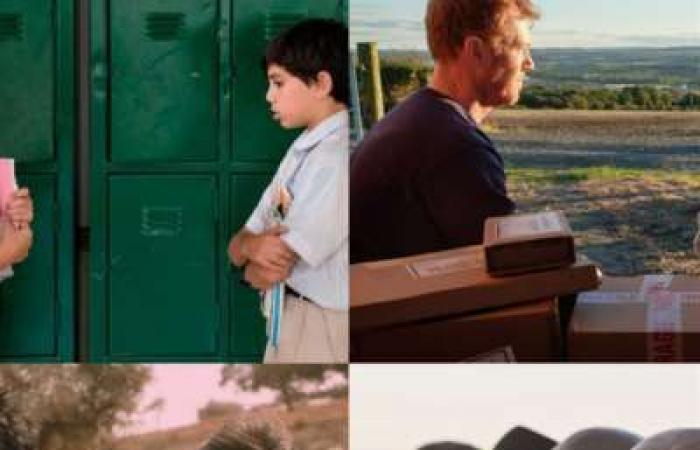 Jerusalem, Ramallah, Bethlehem, Gaza and Haifa will be on a date with the “Palestine Film Days”, which begins tomorrow and will continue until the 26th of this month. In cooperation with “Film Lab Palestine”, the organizers of the annual festival are keen on making the seventh session a success despite the exceptional situation imposed by the Corona epidemic. Accordingly, the seventh session will be limited to a mini-program that includes a limited number of Palestinian, Arab and international films that will be shown in public spaces and squares, taking into account the health and preventive conditions and standards to ensure the safety of the public. The public will be able to watch 12 feature-length films, 10 documentaries and many short films that collectively present a panorama of the political, economic and social conditions of the Arab world from the perspectives of its directors and makers, as well as individual concerns, concerns and issues from different angles. There is, for example, “Between Heaven and Hell” by the Palestinian Najwa al-Najjar, who talks about a divorce story that intertwines personal history, reality and the political context in the country. From Iran, Mohammad Rasoulof’s film “No Satan Exist”, which won the Golden Bear award, is shown at the last Berlin Festival.

An exceptional course with a mini-program that includes a limited number of Palestinian, Arab and international films

The tape deals with the death penalty in Iran, through the direct perpetrators, old employees and young recruits who push the button or pull the bucket from under the convicts. This narrative structure gives Rusulov a clear approach: presenting and studying various aspects of a specific social phenomenon, as well as presenting individual stories and the horror of professional murder. Rasoulof’s film can be read directly, but the director’s cinematic acumen deliberately leaves the big topic we are talking about, to organize around him readings and unclear events. (See “Al-Akhbar” – issue of March 2, 2020). From Lebanon, where it is still shown in theaters, Walid Mounes ‘1982’ film, which presents a vision of life through the eyes of children and the struggle of wars, is being shown in the eyes of adults. The reality of a ruthless conflict from the point of view of civilians caught in the middle, defensive tricks and shields and the imagination of children protecting themselves. Anonymous love status, drawing sheet, and love letters. The difference between the world of young and the world of adults. The difference between art, love, painting and war. This difference is the story of the “1982” movie, about children trying to resist war with play and love (see “Al-Akhbar” – Issue of October 12, 2020). From the Lebanon wars to the Iraq wars, “Haifa Street” is presented by director Muhannad Hayal. The events of the tape take place in 2006 in Baghdad, specifically on Haifa Street, one of the most dangerous places suffering from violence and civil war. Sudan has a share with the screening of a film that won its share of light and hospitality this year. It is the debut of the longtime novelist of Amjad Abu Al-Ela “You will die at twenty”, who won the Future Lion Award at the “Venice Film Festival” in 2019. Also from Sudan, Suhaib Qesam Al-Bari presents his documentary “Talking about Trees”. The tape is followed by four Sudanese directors who were formerly founders of the “Sudanese Film Club”, who want to reopen an old open-air cinema. Director Suhaib Qesm Al-Bari accompanies them, photographing their difficult and nearly impossible mission, but they fight for their passion, while the director depicts them in their steps, plans and talks with the pioneers and residents of the region about cinema, culture and life (see “Al-Akhbar” – issue of January 27, 2020).

In addition to Arab films, the festival will showcase a number of international films, on top of which is the movie The Godfather of Left European Cinema. It is, of course, Ken Loach, whose film “Sorry, We Didn’t Find You.” The tape enters the difficult working conditions that are experienced by those known as “self-employed”. Women and men have found in self-employment and “entrepreneurship” a new means of slavery, with the illusion of a free-to-manage lifestyle that emerges from self-employment. In “Sorry we didn’t find you,” Loach does not repeat the usual formula and the loud cry that we are used to in his work, but also takes us to unforgettable levels of intensity and suspense. This time the victim is the concept of “entrepreneurship” in the context of current capitalism. (See “Al-Akhbar” – Issue of August 5, 2019). And from France, “Alice and the Mayor” by French director Nicolas Barries is shown. The tape, which participated in the “Directors Weekly” demonstration at the “Cannes Festival 2019”, is a political film, but in a comic form. It also shows the first feature film by American director Merioui Guirima, “Remnants” about an ambitious director who returns to his hometown Washington, DC, to find that his old love has changed him and his residents completely. And from Turkey, he shares “The Tale of the Three Sisters”, directed by Amir Alber. The tape, which also participated in the “Berlin Festival” in 2019, presents a kind of folk story, in the mountains of Turkey, in a family home that becomes a prison for the three sisters. It also displays the “Orphan House” by Afghan filmmaker Shahrabano Sadat, who participated in the “Directors Weekly” in 2019. A film that takes place during the Soviet presence in Afghanistan. Palestinian audiences will be able to see the work of one of the Chinese moviegoers, Wang Hiaoshuai. “I am long absent, son,” is a tape about the lives of two families over three decades of political, social and political turmoil in China.

These were the details of the news A window on the conditions of the Arab world for this day. We hope that we have succeeded by giving you the full details and information. To follow all our news, you can subscribe to the alerts system or to one of our different systems to provide you with all that is new.

PREV Suspects arrested over Pakistan mosque blast, police focus on how bomber got in
NEXT 'Significant disruption' warning as UK braces for mass strikes