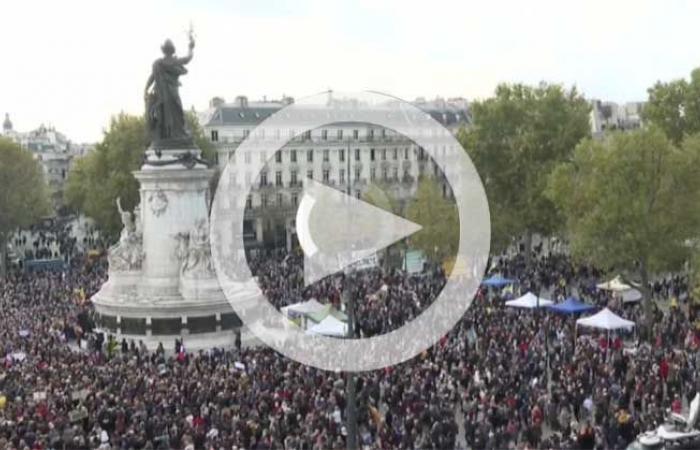 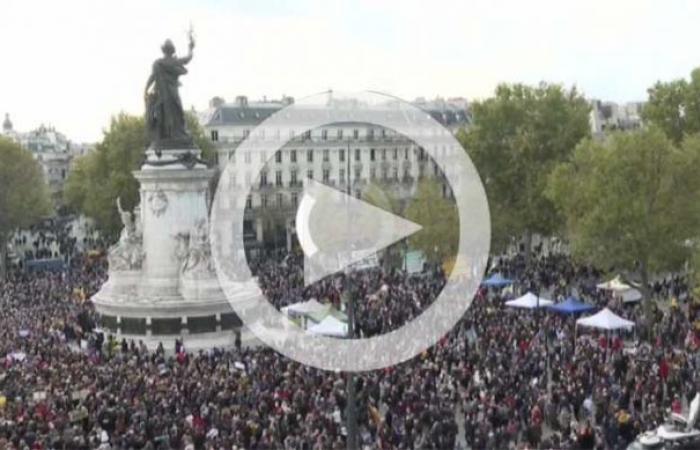 Thousands of demonstrators were outraged at Place de la République in Paris against the beheading of “Monsieur Paty”.

Thousands of people gathered on Sunday on Place de la République in Paris to pay tribute to Samuel Paty, the history professor beheaded on Friday in the Paris region, AFP journalists noted..

Wielding signs “no to totalitarianism of thought” or “I am a teacher”, they calmly greeted the memory of this murdered teacher after showing caricatures of Muhammad to his students.

“I am Samuel”, “Freedom of expression, freedom to teach” chanted people on the spot. Long applause was regularly heard.

Other gatherings were held in large French cities, in Lyon (east) or Lille (north) in particular.

In Paris, the demonstrators converged on Place de la République, the epicenter of the enormous parade of January 11, 2015 after the Islamist attacks of Charlie Hebdo and the Hyper Hide, which had gathered around 1.5 million participants.

Several political figures of all stripes were present: Prime Minister Jean Castex, the socialist mayor of Paris Anne Hidalgo, the right-wing president of the Ile-de-France region which includes Paris, Valérie Pécresse, or the leader of the radical left Jean-Luc Mélenchon.

On the square which continued to fill up, some waved tricolor flags, others placards on which one could read “it is dark in the land of lights”, “I am a Muslim, I am against violence, I am for violence. freedom of expression “.

Guigané, 34 years old and socio-cultural mediator in the Paris region, her 4-year-old son on his shoulders, came to pay homage to Samuel Paty, and “to be indignant against this odious and dreadful act”. “This violence must not set in and become our daily life, nor that we get used to it,” she says.

Véronique, in a down jacket, a conservatory teacher, came with her husband but without their teenage children. “They were afraid to come,” she said. For her, “it’s time to come forward”.

*The article has been translated based on the content of Source link by https://lobservateur.info/paris-les-francais-rendent-hommage-au-professeur-decapite-samuel-paty-video/
. If there is any problem regarding the content, copyright, please leave a report below the article. We will try to process as quickly as possible to protect the rights of the author. Thank you very much!

These were the details of the news The French pay tribute to the beheaded professor Samuel Paty (video) for this day. We hope that we have succeeded by giving you the full details and information. To follow all our news, you can subscribe to the alerts system or to one of our different systems to provide you with all that is new.