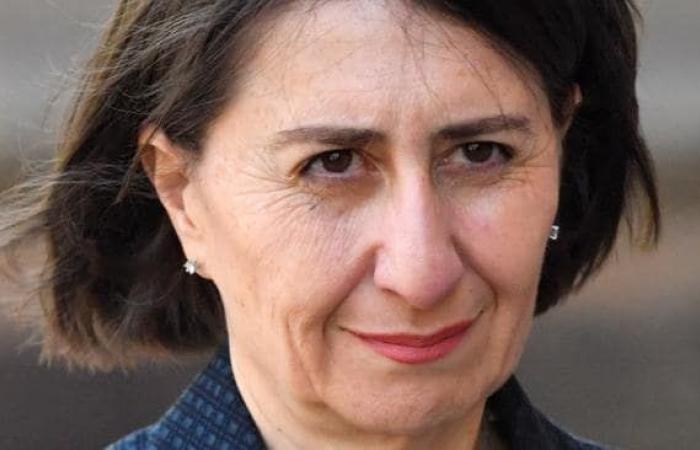 NSW Prime Minister Gladys Berejiklian said “I will not resign” because she had a secret relationship with a former MP who is now the subject of a corruption investigation.

After Ms. Berejiklian first confessed that she had a “close, personal relationship” with the father of two, she stated that she had no intention of resigning as prime minister because she “did nothing wrong”.

“If I did something wrong, I would be the first to think about my position. But I haven’t, ”Ms. Berejiklian said in a press conference on Monday.

“I’m a very private person and, without question, I’ve crammed my personal life.

“It is very difficult for someone in my position to have a private and personal life and I am very upset about what happened. But I want to give that assurance to the people of New South Wales – I’ve always put the public first. I have always made sure that the public interest comes first in any of my activities.

“The integrity of my role – the office I hold – is the greatest privilege of my life. And while I made this mistake in my personal life, I intend to serve the people of New South Wales to the best of my ability. I’ve always done that. I gave my life to public office and I am proud of it. ”

Ms. Berejiklian said she trusted someone who let her down in the worst possible way and described the situation as “devastating” and her “personal nightmare”.

“I’d like to start by saying that if I had known then what I know now, I clearly would not have made the personal choices I made,” she said.

“I trusted someone I had known for a long time and I feel really, really disappointed. I trusted him for a long time. We were colleagues for 15 years. And I am not going to dissuade the fact that I made a mistake in my personal life, but I have to say that there is a huge separation between personal life and public office.

“And I can’t stress enough that every day I was in this job I held myself accountable to the highest standards.”

According to the Independent Commission against Corruption, there is no evidence of any wrongdoing on the part of Ms. Berejiklian, but her colleagues are seriously questioning her judgment today on the disclosure of a secret relationship.

She calls the disgraced former MP as her “numero uno”.

Ms. Berejiklian told the investigation that the secret relationship started after the 2015 elections and she did not end contact with him until she appeared at a private ICAC hearing in August. Their last conversation was on September 13th.

Ms. Berejiklian previously said she was “shocked and concerned” about the evidence given to the ICAC about her ex-boyfriend’s activities.

“I can’t tell you what I felt. In addition, shocked. Shocked, disgusted, disappointed. All of the above.”

But during an intercepted phone call played at the ICAC hearing, Ms. Berejiklian said to Mr. Maguire, “I don’t need to know about this,” when the couple were talking about a lucrative business during a private phone call.

Ms. Berejiklian was asked repeatedly today if she told him to leave her in the dark because she did not want to know what he was doing because it could have consequences for her public duties.

As evidence for the Independent Commission Against Corruption, Ms. Berejiklian tried to downplay the exchange by insisting that she might have been “bored” and did not tell him to limit the information he told her.

“Maybe I was bored and busy and wanted to move on,” she said.

The day before, the couple had discussed Mr Maguire’s financial troubles and his hopes that the deal would help him pay off his debts.

For a woman who has fostered an image as Goody Two Shoes, NSW Prime Minister Gladys Berejiklian’s big revelation that she was in a secret relationship with Mr Maguire simply stunned most of her colleagues.

There is now speculation that Attorney General Mark Speakman and Treasurer Dominic Perrottet will emerge as top candidates for the role of NSW Prime Minister if Ms. Berejiklian resigns.

Older sources within the party told The Australian She is unable to continue her role as prime minister after it was revealed that she had a close personal relationship with former Wagga Wagga Liberal MP Daryl Maguire – the man at the center of a corruption investigation.

“You can’t fuck someone who is involved in (alleged) high government corruption and survive. She’s gone for all the money, ”said a source.

When private phone calls between the two of them were played to her today on the witness stand, she winced when Mr Maguire released the F-bombs during the discussion, which was secretly intercepted by the corruption watchdog.

Mr Maguire is heard to give a long monologue complaining “they all suck people’s cocks” and “they can be fucked”.

But her ex-boyfriend’s bad language is the least of her problems, given the dramatic revelations at the ICAC hearing today.

Even harder to swallow is the revelation that she continued that “close, personal relationship” after calling for him to step out of parliament two years ago.

In July 2018, the New South Wales Prime Minister called on Mr Maguire to reconsider his position in politics after secret phone tapes of potential developer dividends were played during another corruption investigation in Sydney.

Ms. Berejiklian said she was “deeply disappointed” after learning of the footage but did not bother to tell voters or colleagues that she had a “close, personal relationship” with him at the time.

“While it is up to Mr Maguire to determine whether he will remain an elected member until next March, I encourage him to think carefully about whether he can effectively represent the people of Wagga Wagga from now on,” said Berejiklian in an explanation at the time.

These comments are now seen in a very different light, as she had a secret relationship with him at the time.

At that point, Mr Maguire had resigned from the Liberal Party two days earlier after the ICAC investigation heard him talking on the phone attempting to arrange a “dividend” to sell millions of properties to a Chinese developer arrange.

But instead of resigning immediately, Mr Maguire announced that he would stay but retire in the next election.

“I apologize – I have broken a very strict code of conduct and I have to face the consequences, but I will not put the taxpayer at the expense of a by-election – I think that is unreasonable and I think it costs the taxpayer does not need it “, he said.

He finally resigned from parliament in August 2018. However, according to Ms. Berejiklian herself, she continued her relationship with Mr. Maguire until recently when she knew there was an extensive ICAC investigation into his activities.

The NSW Independent Commission against Corruption (ICAC) is investigating allegations that, from 2012 to August 2018, Mr Maguire committed conduct in breach of public trust by using his public office and performing his duties as a member of the NSW Parliament has included the use of parliamentary resources to provide itself and / or people close to it inappropriately beneficial. These companies included G8wayinternational / G8wayinternational Pty Ltd and related parties.

The NSW Prime Minister told the investigation that she “did not care about Mr. Maguire’s financial situation” and “never relied on anyone in my life”.

“If you suggest that I take care of his financial situation, I completely decline. I didn’t care. That was his business, it had nothing to do with me, ”she said.

“I’ve never relied on anyone in my life. And then I wouldn’t start. ”

However, she admitted that Mr Maguire was “obsessed” with his financial condition and that they were discussing this in the context of his exit from politics.

“Absolutely, he was obsessed with it. Yes, she said.

Looking back, Ms. Berejiklian said that she did not believe that Mr Maguire was completely honest with her about his financial situation.

“Looking back, I’m not sure if he was honest about that, if I can be honest. I don’t know if something that … said to me is true, ”she said.

Her explanation of not telling colleagues that she was in a secret relationship with Mr. Maguire included that she was “a very private person” and did not think the relationship had “sufficient substance” to be publicized.

But the wisdom to continue that “close, personal relationship” with Mr Maguire after he was disgraced for being in “bad shape” is now very likely to trigger her own exit from politics.

Mr Maguire is due to stand in front of the ICAC later this week and is expected to testify for three days.

These were the details of the news NSW Premier talks about affair for this day. We hope that we have succeeded by giving you the full details and information. To follow all our news, you can subscribe to the alerts system or to one of our different systems to provide you with all that is new.