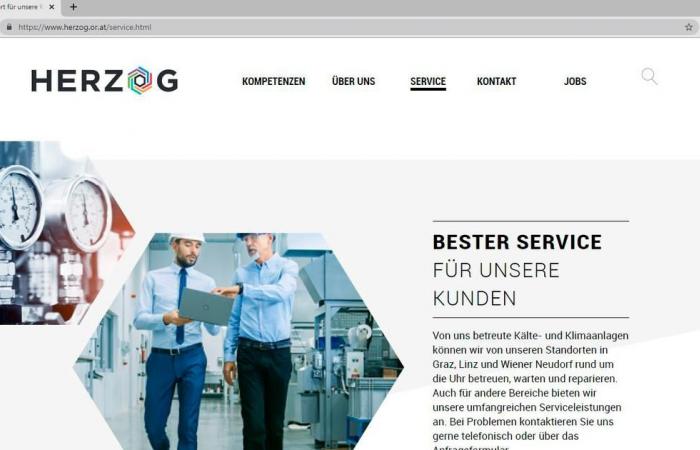 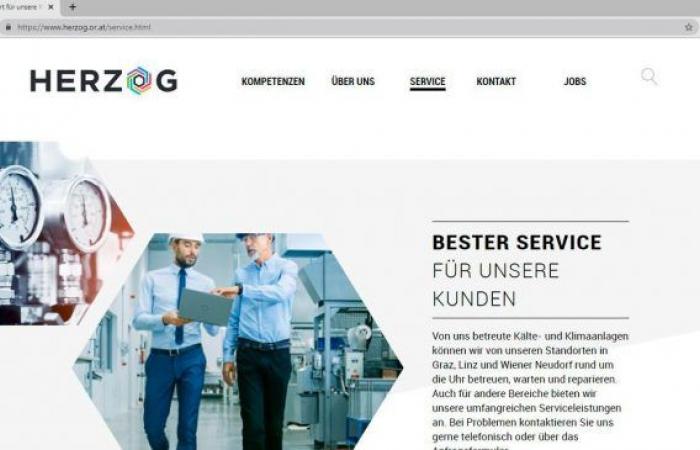 Over 100 employees and around 225 creditors are affected by the bankruptcy. The over-indebtedness amounts to 5.9 million euros.

According to the credit protection association KSV1870, the Styrian Herzog Kälte-Klima Anlagenbau GmbH is insolvent. The family business is over-indebted with around 5.9 million euros. The company is to be resized and continued. Around 100 employees and around 220 creditors are affected. In addition to Graz, there are also locations in Wiener Neudorf (Lower Austria) and Linz. The cause of the bankruptcy was cited as a drop in orders in the wake of Corona and ruinous price wars in the industry.

A restructuring procedure with self-administration of the assets of the company founded in 1965 was opened at the Graz Commercial Court. Around 10.5 million euros in liabilities and around 4.6 million euros in assets (both according to market values) have accrued, resulting in over-indebtedness of around 5.9 million euros. The company is divided into four divisions, refrigeration and air conditioning, heating and sanitary technology, pipe and plant construction, and electrical and control technology. Branches are run in Wiener Neudorf and Linz. The insolvency administrator is the Graz attorney Norbert Scherbaum.

According to the proposed restructuring plan, the insolvency creditors should receive a quota of 30 percent, payable within two years of the adoption of the restructuring plan. Instead of the planned growth, they want to concentrate on the core areas, with a focus on refrigeration and air conditioning technology and the closure of unprofitable parts of the company and branches. To this end, an increase in efficiency in purchasing and the termination of orders or other contracts that do not cover costs are sought.

According to the company, the reasons for the negative economic development are mainly due to the Covid-19-related and thus unforeseeable changes in the market situation and the associated decline in earnings. The expansion of the three locations had required a considerable part of the resources. In order to win new customers, you have to calculate tightly, which required additional financial strength. In addition, there was a ruinous price war in the refrigeration system industry, fueled by the Covid 19 crisis, and even more so in the area of ​​heating and plumbing.

Ongoing projects could only be processed with a delay or were partially canceled in full. The acquisition and planning of new orders has also stalled, especially since the end of August 2020.

*The article has been translated based on the content of Source link by https://www.trend.at/branchen/bonitaet/steirischer-kaelte-klima-anlagenbauer-herzog-gmbh-11744409
. If there is any problem regarding the content, copyright, please leave a report below the article. We will try to process as quickly as possible to protect the rights of the author. Thank you very much!

These were the details of the news Styrian refrigeration and air conditioning system manufacturer Herzog GmbH insolvent for this day. We hope that we have succeeded by giving you the full details and information. To follow all our news, you can subscribe to the alerts system or to one of our different systems to provide you with all that is new.