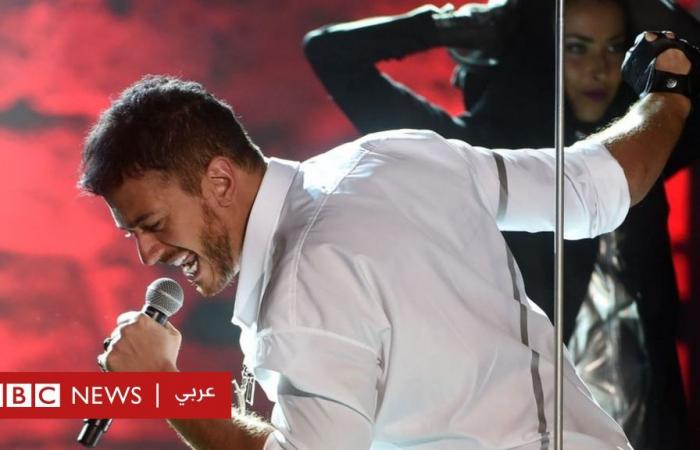 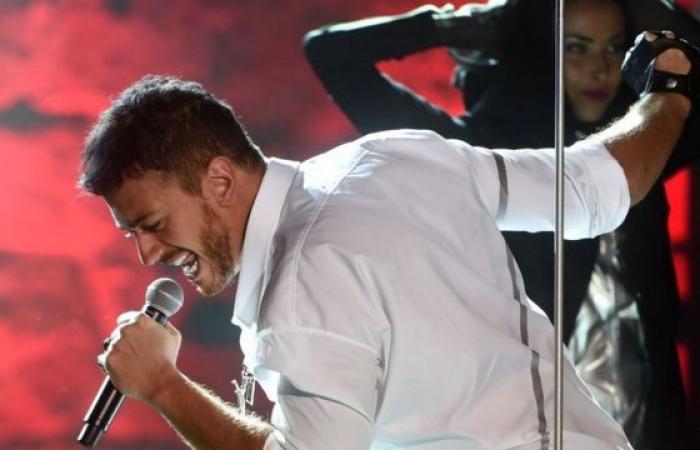 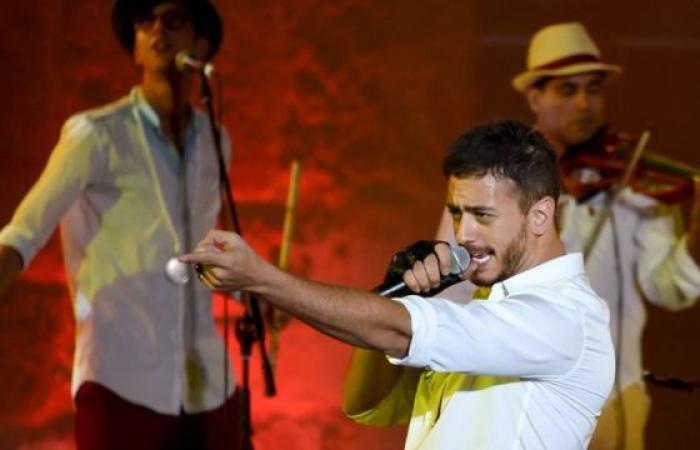 The company that was organizing a concert scheduled in Egypt for the Moroccan artist Saad has been deleted just because of its advertisements for the event on the Internet, following the spread of calls on social media calling for its cancellation, due to the “accusations” that Lamjar faces in France and the United States of “raping three girls.”

The concert ticket distribution company canceled the purchase tag that was on its website.

A source in the company organizing the party, “Cairo Show”, told the BBC that holding Saad Lamjarred concert in Cairo is not a certain thing, because the technical details of the project have not yet been decided and a date has not been decided on the basis of its organization, minutes before the poster was removed.

Cairo Show, a private Egyptian company established about two years ago and interested in theater and concerts, had published a picture of “Lamjarred” on its internet platforms and wrote the top of it “soon in a huge party … Wait for many surprises during the month of December.”

His fame does not justify

Social media users interacted with the hashtags, “# We don’t want to be just_in_Egypt,” and “# Saad_Just a rapist.”

And the “Assault Police” account on Instagram, which has been famous in recent months for publishing testimonies of victims of sexual harassment in Egypt, re-published a picture of Saad’s concert advertisement just after he added the word “rapist.”

Nadine Ashraf, the owner of the famous Instagram account, said in a video clip, “Egypt is full of problems of harassment, so should we invite people accused of rape from abroad to sing in our country?”

The Egyptian actress, Mayan El-Sayed, responded to the boycott calls by re-publishing the calls to cancel the concert, and she is the actress who has previously announced that she has been harassed in more than one incident.

And the tweet, Muhammad Ibrahim, wrote on Twitter: “We have a desire for fame in any form, even if the topic appeared in the negative.”

Nihad Abu Qamis, head of the Egyptian Center for Women’s Rights, told the BBC that civil society in Egypt is now in a fierce confrontation with crimes of harassment and violence against women, asking: “How can a company invite a singer accused of raping girls at the same time?”

A wave of disclosure of sexual assault incidents is active in Egypt, as users of social networking sites have raised controversy several times this year about many cases related to harassment and rape, including the cases of “Ahmed Bassam Zaki” and “The Vermont Girl”, and the judicial authorities moved in response after encouraging the victims. To submit reports to the Public Prosecution.

The Egyptian parliament approved legislative amendments that protect the confidentiality of the data of victims of harassment when they go to report crimes committed against them, in an attempt to overcome social customs in Egypt that prevent girls from complaining about sexual assault.

And human rights lawyer Nihad Abu Qamis adds that the matter at Saad’s party is not related to the law, as the accused is innocent until proven guilty, but it is related to social responsibility, “as he must first acquit him from the charges of rape.”

Saad started just because of his singing career in 2007, when he appeared in the popular competition show “Super Star”. He did not win the title of the program, which was a few steps away from him, but after that he gained wide fame and views of his songs on YouTube approached three billion views.

Saad Lamjarred became a singer with overwhelming popularity, not only in the North African countries, but his fame reached the countries of the East and the Gulf.

Recently, the Moroccan singer released his first song in the Egyptian dialect, “Ada Al-Kalam,” and it has achieved nearly 80 million views on YouTube.

The Moroccan artist previously told Egyptian news websites during a visit to Sharm el-Sheikh that “success in singing in the Arab world begins with Egypt,” adding that he is pleased to be a reason for promoting tourism.

Saad was arrested just for the first time on suspicion of beating and rape a woman in New York in 2010. Six years later, he was accused of sexually assaulting a Frenchwoman named Laura Priolla. In the fall of 2018, he was again charged with raping a girl on the French Riviera.

Despite this, his songs, which were released amid all these accusations, achieved record viewing and listening numbers.

Activists in Saudi Arabia previously launched the hashtag “# We reject_Saad_Just_in_Riyadh,” to protest his participation in a concert at the end of last year, but he performed afterwards.

Fans of the Moroccan singer believe that his widespread Arab and European fame has caused him to be exposed to a “conspiracy, as groups intervene to prevent him from reviving international concerts so that his fame does not increase.”

Some of his fans say that the women who accused him of raping them “did so in demand of a month by exploiting Saad’s fame just for the sake of it.”

These were the details of the news Saad Lamjarred concert in Egypt is “under consideration” after an electronic... for this day. We hope that we have succeeded by giving you the full details and information. To follow all our news, you can subscribe to the alerts system or to one of our different systems to provide you with all that is new.