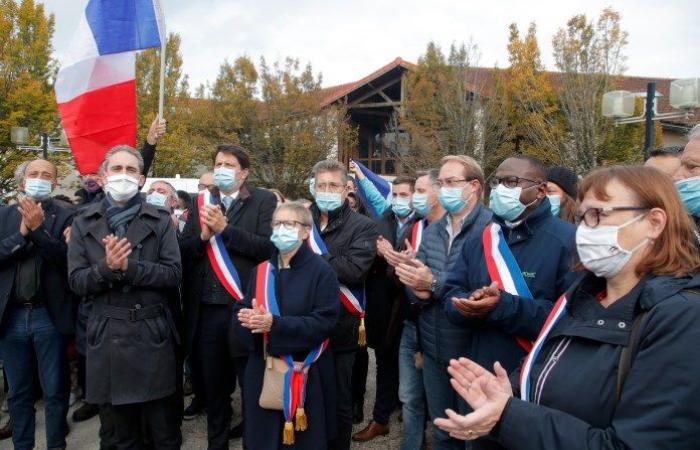 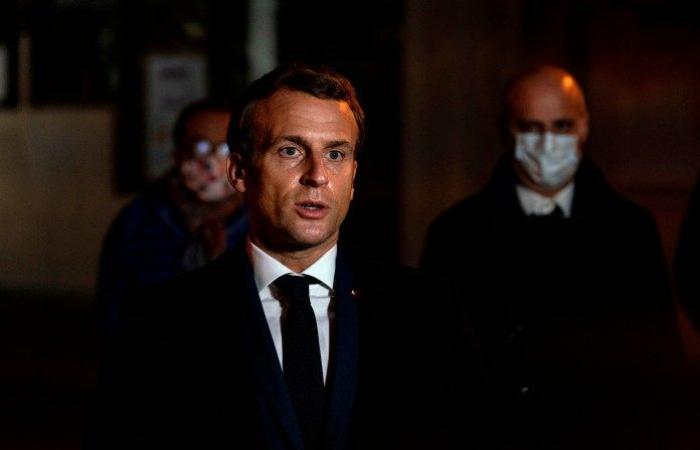 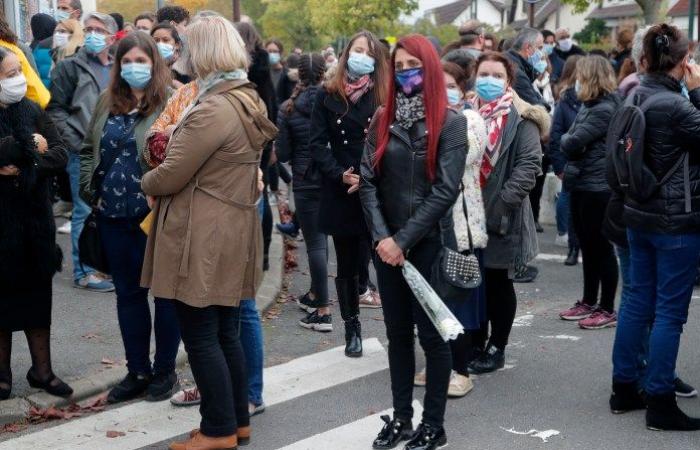 One suspect who was shot dead by police after beheading a history teacher near Paris was an 18-year-old Chechen refugee unknown to the secret services who posted a gruesome claim on social media a few minutes after the attack.

Mr. Paty had discussed cartoons of the Islamic prophet Mohammed with his class, which led to threats, police officers said.

Islam forbids images of the Prophet and claims that they lead to idolatry.

Ricard told reporters that the Moscow-born suspect, who was granted a ten-year residency in France as a refugee in March, was armed with a knife and an airsoft gun that fires plastic pellets.

His half-sister joined the Islamic State Group in Syria in 2014, Ricard said.

He didn’t give her a name and it’s not clear where she is now.

The prosecutor said responsible text and a photo of the victim were found on the suspect’s phone.

It published a photo of the decapitated head minutes after the attack, along with the message “I executed one of the dogs from Hell who dared to lay down Mohammed”.

Mr Ricard said the suspect was seen at school asking about the teacher and the headmaster received several threatening calls.

Mayor Laurent Brosse (second from left) and the deputy mayors applaud in front of the school where the murdered history teacher worked (Michel Euler / AP).
Mourners marched in solidarity near the school on Saturday and held signs that read: “I am a teacher.”

“We will recover thanks to our spirit of solidarity,” said Laurent Brosse, Mayor of Conflans-Sainte-Honorine.

A police officer said the suspect was shot about 600 meters from Mr. Paty’s death.

The police opened fire after he did not respond to orders to lay down his arms and threatened.

He called on the nation to stand together against extremism. 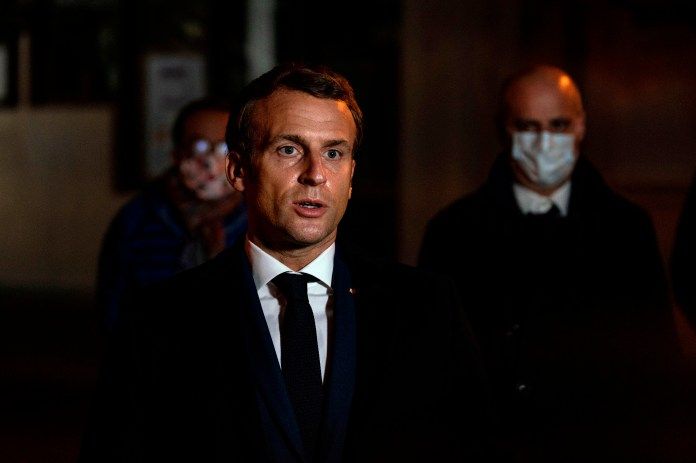 French President Emmanuel Macron speaks outside the school (Abdulmonam Essa / AP)
“One of our compatriots was murdered today for teaching … freedom of expression, freedom to believe or not to believe,” Macron said.

The Elysee Palace announced that a national ceremony will be held at a later date in homage to Mr. Paty.

In a video recently posted on Twitter, a man who described himself as the father of a student claimed that Mr. Paty showed a picture of a naked man and told the students it was “the prophet of Muslims.”

Before Teacher showed the pictures, he asked Muslim children to raise their hands and leave the room because he was going to show something shocking, the man said.

“What was the message he wanted to send to these children? What kind of hate is that? “Asked the man. 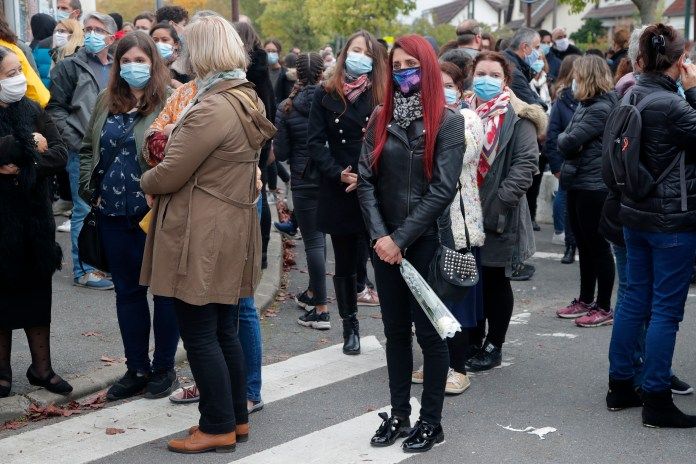 The residents gather in front of the school (Michel Euler / AP)
Chechnya is a predominantly Muslim Russian republic in the North Caucasus.

Two wars in the 1990s triggered a wave of emigration and many Chechens moved to Western Europe.

France has offered asylum to many Chechens since the Russian military waged war against Islamist separatists in Chechnya in the 1990s and early 2000s.

France has experienced occasional violence in its Chechen community in recent months, believed to be related to local criminal activity and point clearing.

This is the second time in three weeks that terror has hit France in connection with caricatures of the Prophet Muhammad.

A young man from Pakistan was arrested last month after attacking two people with a meat cleaver outside Charlie Hebdo’s former offices.

The weekly was the target of a deadly newsroom attack in 2015 and re-published cartoons this month to underscore the right to freedom of information when a lawsuit related to that attack opened.

The Friday terrorist attack came as Mr Macron’s government was working on a bill against Islamic radicals that authorities claim will create a parallel society outside the values ​​of the French Republic.

These were the details of the news The teenager took responsibility for beheading the French teacher before he... for this day. We hope that we have succeeded by giving you the full details and information. To follow all our news, you can subscribe to the alerts system or to one of our different systems to provide you with all that is new.

PREV Iran says it will enrich uranium to 60%, highest level ever
NEXT Twenty killed, three injured in vehicles collision in Egypt