Detention expanded after a teacher was murdered in France, while Al-Azhar... 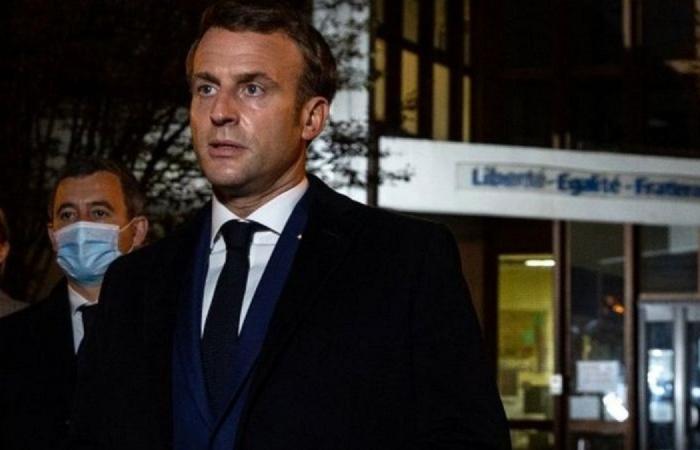 A judicial source said that 5 other people were arrested, Friday night, Saturday, after the killing of a teacher by beheading near an institute in the western suburbs of Paris, which brings the total number of people arrested in the framework of this attack to 9 people.

The judicial source explained that among the last five detainees, the father of a student at the “Conflan Saint Honorine” school, where the teacher was working, and people in the non-family environment of the attacker, indicated that he was an eighteen-year-old man of Chechen origin, born in Moscow.

On Friday, French President Emmanuel Macron said that the killing of the teacher, who showed cartoons of the Prophet Muhammad in a study class, was an “Islamic terrorist attack.”

Macron added, near the scene of the attack, where the perpetrator cut off the victim’s head before the police shot him, that “the whole nation” is ready to defend the teachers, and that “obscurantism will not win.”

On Friday, the French police announced that they had shot dead a man who had slaughtered a teacher in a preparatory school minutes earlier, in a street in a suburb of the capital, Paris.

A police source said that this teacher had shown his students with cartoons that were offensive to the Prophet Muhammad (peace be upon him).

A police patrol spotted the suspect attacker carrying a knife a short distance from the site of the attack. A police spokesman said that the police shot the suspect and killed him.

A police source said that witnesses heard the attacker chanting “God is great”. The police spokesman said that this information is being verified.

For his part, Al-Azhar condemned the incident, saying in a statement that it rejects this heinous crime and all terrorist acts, stressing that murder is a crime that cannot be justified in any way.

Al-Azhar affirmed its constant call to reject hate speech and violence, whatever its form, source and cause, calling for respect for religious sanctities and symbols, and to refrain from stirring hatred by insulting religions.

Al-Azhar called for the need to adopt global legislation criminalizing insulting of religions and their sacred symbols, and to display the morals and teachings of religions that emphasize respect for the beliefs of others.

These were the details of the news Detention expanded after a teacher was murdered in France, while Al-Azhar... for this day. We hope that we have succeeded by giving you the full details and information. To follow all our news, you can subscribe to the alerts system or to one of our different systems to provide you with all that is new.