“The price of gas will go down. Point”: IEC chairman Yiftach... 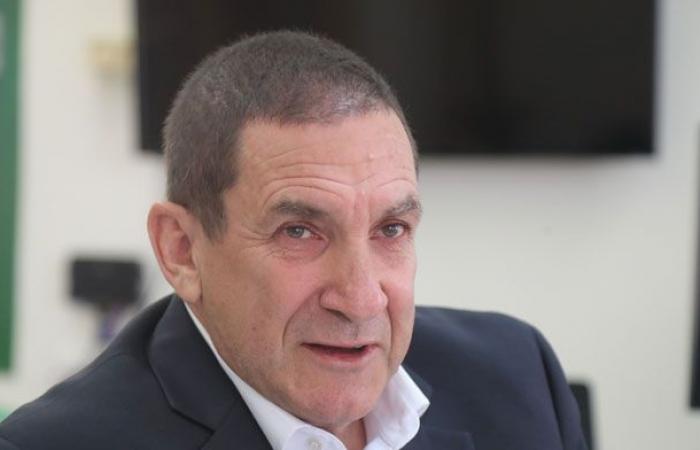 Chairman H.The power bar Yiftach Ron Tal This week was at the center of a growing conflict between the State of Israel and the American energy giant Chevron and a fuel group of Isaac Answer. The reason for this is a deal that Ron Tal closed with Chevron and Delek’s partners in the Tamar reservoir, to purchase gas at a discounted price at the expense of gas that Chevron and Delek expected to sell to the electricity company from the whale reservoir under their full control.

Against the background of an internal dispute within Tamar (where Chevron and Delek still hold 47%), Delek Drilling CEO Yossi Abu warned that he and his partners would sue the Electric Company for violating the agreement with Levitan.
“We are convinced that we are not violating any agreement, and even the opposite,” says Ron Tal in an interview with “Globes”. “We think that if we do not do as much as we can to lower the price of gas, then we will not do what is required of us as an essential service provider in the State of Israel. The Whale Agreement does not prevent us and allows us to purchase gas cheaper.”

Maybe the high price is also your fault? You signed this agreement.
“The first Tamar agreement signed in 2012 is an agreement of historical strategic importance in the State of Israel, because it enabled the development of the Tamar reservoir and making the State of Israel a cleaner and more energy-efficient state, and especially energetically independent. Therefore, we stand behind this agreement. The anchor customer of this agreement, without us we would not have developed the reservoir.No one expected the world oil price crash (most gas contracts are linked to oil – AB).

“Over the years, this agreement has become an expensive agreement, not only on an Israeli scale – it is among the most expensive in the world. Today we pay over $ 6.3 per unit of heat, with the global average today being around $ 4. We have a business obligation to lower gas prices, but beyond We have a duty by virtue of the public interest we represent. There is a good possibility of assisting the State of Israel at this time by lowering the price of electricity by lowering the price of gas. This is what the State of Israel expects of us, and this is our legal duty.

“We are acting in accordance with the spirit of the agreement. The spirit of such an agreement, which is for 15 years, is what is commonly called ‘fairness’. And fairness says to examine this agreement over the years. Whoever pays $ 6 today – acts against it in an inexhaustible way. This is the way the management acts, and the IEC, which was mistakenly perceived as unable to compete in the gas economy, is the one that opened the gas economy to competition. We have reduced the amount of gas we are required to consume under the agreement, and beyond that we are not obliged to buy gas under the old agreement. “So we buy from Whale, and now we have signed with some of the partners in Tamar – and that is the nature of the competition.”

Conflict: At first the commissioner, then if necessary – in court

How will it progress from here? Ron Tal claims that “there are two options – the king’s way is that Noble and Delek will join this deal, and the second option is that they will allow each partner in the reservoir to sell gas according to the size of his holding. That’s fine too. But you can not prevent this and that. , We have already started negotiations in order to reach next June when the price opening mechanism allows us to lower the price by no less than 35%. It can’t be less than that. “

So what’s the bottom line?
“After we complete the amount of gas we have left under the agreement, in about two weeks, we will not buy more gas at $ 6.3. We part with this price forever. We have full backing from the Ministry of Energy who thinks competition is important, and with all due respect to Noble and Chevron, I “Very happy about their entry – the price will go down. Dot.”

A week ago, Noble Energy informed you that if you do not continue to pay the price of the old gas, they will lower your counter. How did you feel about this threat?
“This conduct was not acceptable to me. It is a forceful conduct that does not characterize parties to a partnership that has lasted for so many years. A situation where some of the owners of the reservoir exploit its power as one who operates the reservoir and acts in this way is impossible. You can not exploit your monopolistic power in operation “In order to achieve business achievements. Therefore, we turned to the competition commissioner, Michal Halperin, to prevent this matter, and if there is no choice, we will also go to court.”

And what did you think of the position of the commissioner?
“That she must not allow such a situation in any way. I understand that she is still examining our request. But I can tell you that we had a meeting with the partners, and we set up a joint team. And the clear preference of all is to sit together and find agreed solutions. .

The partnership: Chevron’s side – looking for a long term relationship

The one who has meanwhile refrained from expressing a position in the confrontation between the IEC and Delek and Noble is the American Chevron. Chevron, one of the world’s largest energy companies, entered Noble Energy’s shoes last month, after completing the acquisition of the company’s global operations. Beyond a general announcement of its desire for long-term cooperation with Israel, the company has not yet clarified how it sees the conflict created around the gas agreements with Tamar and Leviathan.

Did you have a relationship with Chevron?
“I have met several times with Clay Neff (President of Chevron in the Middle East, Africa and South America – AB), and the conversation was in the spirit of a desire to reach close cooperation out of an understanding that these are common interests. Chevron ultimately sees the tremendous importance of the gas economy in Israel, and she understands that for Israel it is not only a matter of security of supply but also national security, and she wants to be a partner in advancing these interests in the State of Israel. We agreed that we would resolve the disputes by agreement. “

So can we expect Chevron to bring with it a change in attitude?
“I very much hope that the spirit of things in conversations will also be the spirit of actual deeds.”
Ron Tal elegantly avoided answering the question of whether he feared pressure from the US administration in the event that relations with Chevron slide into a frontal confrontation.

Price: Electric company will not be satisfied with a 25% reduction

The IEC currently pays about $ 400 million a year to Tamar partners for gas in the amount of 1.75 billion cubic meters (BCM) it purchases from them. This is a significant reduction in the amount of gas that was originally 3 BCM, but the IEC is also interested in lowering the price of gas. .

When Ron Tal talks about “separation forever” from Tamar’s high gas prices, he means the starting point of the gas price set in advance for June 2021 in the original gas agreement from 2012.
The IEC has already announced that it will postpone the purchase of the full amount of gas that it is obligated to purchase a transducer for the second half of next year, so that all the gas that it will purchase from Transducer in 2021 will be at a discounted price. By how much? According to the language of the agreement, the price of gas can be reduced by up to 25%, but according to the advice received by the IEC from an expert in the field, the price of gas can be reduced by up to 35%.

Will you be able to lower the price of gas by 35%?
“This is the directive of the board of directors, and I hope the board will not disappoint us.”

Have you already started negotiations?
“We started, and we are not happy with the pace. We can move much faster.”

Who will pay the electricity bill? The debts of the consumers from the corona – NIS 230 million

Beyond dealing with gas suppliers and energy giants, the IEC is currently also dealing with the corona crisis. The electricity company currently has about 300,000 customers who are defined as weakened and receive a discount in the tariff, but the company feels good about the “new poor”, or consumers who have difficulty paying their electricity bills since the beginning of the crisis. Apparently, the volume of doubtful debts of electricity consumers has increased since March by about NIS 230 million. The company is soon set to launch a collection operation in which it will offer debtors to repay their debts on favorable terms.

“We are accumulating gaps in the field of collection,” says the chairman of the Electric Company, Yiftach Ron Tal. “A citizen who we are really convinced he can not pay and that he has been hit by the Corona crisis – we will find solutions for him and we will not disconnect him from the electricity.”

How has the crisis affected your revenue from electricity sales?
“When business activity is limited then there is a slowdown in demand. On the other hand, activity in homes during the day is much larger than usual. There is a decrease of between 3% and 5%. It is not worrying that the electricity company is financially stable today. “Today we are strong. Our financial debt fell from more than NIS 40 billion a few years ago to less than NIS 35 billion.”

*The article has been translated based on the content of Source link by https://www.globes.co.il/news/article.aspx?did=1001345899
. If there is any problem regarding the content, copyright, please leave a report below the article. We will try to process as quickly as possible to protect the rights of the author. Thank you very much!

These were the details of the news “The price of gas will go down. Point”: IEC chairman Yiftach... for this day. We hope that we have succeeded by giving you the full details and information. To follow all our news, you can subscribe to the alerts system or to one of our different systems to provide you with all that is new.