According to Varadkar, Covid-19 is spreading in homes via doorbells, towels... 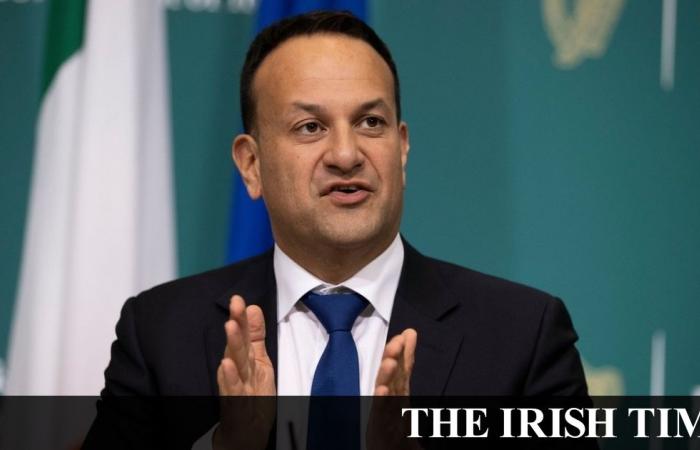 According to Tánaiste Leo Varadkar, the coronavirus is spread in people’s homes by visitors who ring doorbells, use towels and share cutlery.

Mr Varadkar explained why there was a need to ban home visits across the country, saying there was a fundamental difference in people’s Covid behavior in home settings.

“People aren’t at home [taking safety precautions] so much. Some people think it’s the student parties. . . There is a little bit of it, but actually, on a much larger scale, family dinners happen on the weekend, it’s the few friends who go out for a drink, ”he said, including play dates for children in the mix of scenarios that are otherwise potentially dangerous Responsible scenarios are responsible for normal social interactions.

“People get too close, they stay together too long,” he said. “They spread the virus by pressing the doorbell, sharing a spoon, using the bathroom, and leaving it on a towel. All of these things spread disease, and that’s why we had to do this. “

The Tánaiste explained the latest social restrictions the government put in place on Wednesday to curb the surge in the number of cases, which breached 1,200 on Thursday.

“The idea is that outside is better than inside, and when it’s in a controlled public environment, people are much more likely to stay separate, sitting at the table and sitting at tables that are separate from each other. If there are five or six people in a living room, that’s different. ”

In an interview with Matt Cooper on Today FM, he admitted that people are far from accepting ongoing, dynamic reviews of their lives and that they may become angry with them if the pandemic persists into the later stages of the year.

“Of course there is a risk. It was very different in the spring when all of this was new and we first asked people to do it, and it clearly worked. It is very difficult to ask people the second time and the numbers keep increasing. ”

However, he said the recent reintroduction of Garda checkpoints would serve to remind people of the seriousness of the public health situation when traffic suggests people will still be working.

He hoped that Level 4 measures in the border counties would be enough to contain the disease and that the restrictions in Ireland are now among the toughest in Europe.

In the coming weeks, fines would be imposed locally for those who violate face mask regulations – instead of bringing criminals to justice.

These were the details of the news According to Varadkar, Covid-19 is spreading in homes via doorbells, towels... for this day. We hope that we have succeeded by giving you the full details and information. To follow all our news, you can subscribe to the alerts system or to one of our different systems to provide you with all that is new.